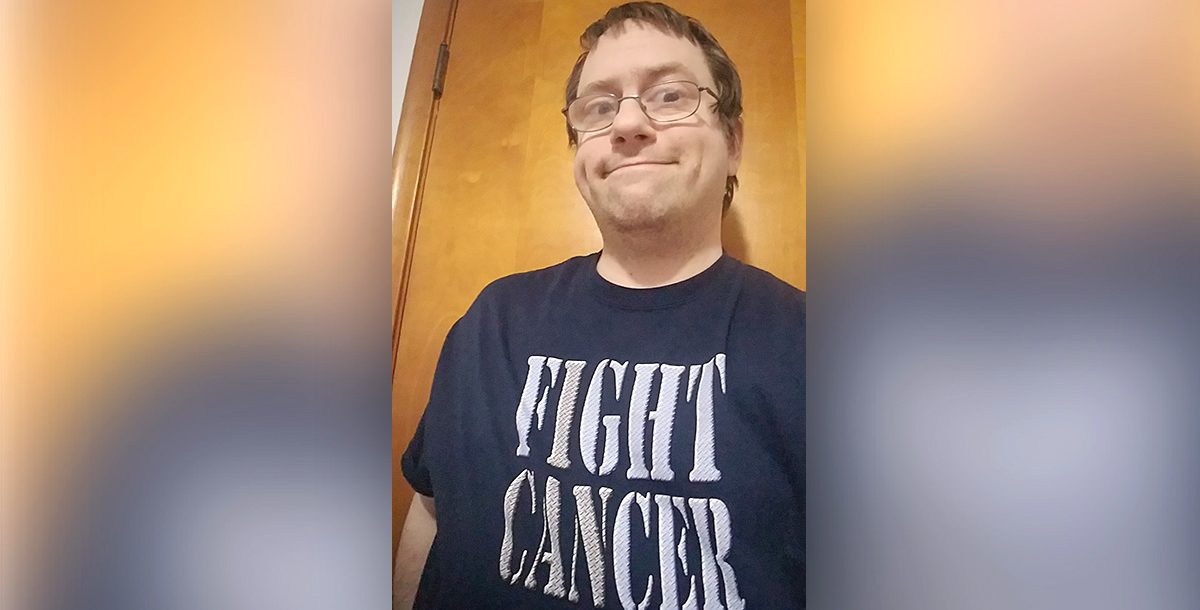 Tim Finds the Support He Needs During Colon Cancer Diagnosis

For most of his 39 years, Tim Dugan never needed a hospital.

However, when concerns about rectal bleeding led him to his primary care provider and then to a gastroenterologist, a colonoscopy revealed that Tim had cancer. Less than a month after his initial appointment, Tim checked in at Mercy Health – St. Charles Hospital to have portions of his colon removed via surgery.

The medical news Tim received post-surgery was devastating; the surgeons had discovered that his colon cancer was in stage 4 disease. However, during this extremely difficult time, what stood out to Tim most was the care he received.

“I need someone to know that everyone working there: the nurses, the nursing assistants, housekeeping staff were absolutely the most amazing people. Serious credit to the medical profession,” Tim shares about his care team. “Every nurse I met, and there were a lot of them, had an amazing attitude. They clearly want to be in their profession and help people. Literally every single staff member I met was incredible.”

While recovering from his surgery, Tim recalls feeling helpless and frustrated when not being able to perform simple tasks, like reaching for a blanket to help keep himself warm. His nursing team was right there to help him heal.

“She helped me feel like an adult again, despite the fact that I couldn’t do anything,” Tim says about the nurse who helped him with his blanket.

He adds, “every single team member wanted to be there to help people. It was absolutely inspiring to see.”

The way Tim was treated during this difficult time impacted how he was able to accept and cope with his illness. Tim shares that his doctors and nursing team took the time to explain his new reality – from his diagnosis and the medications he was being given to the need for physical therapy and movement.

“I never felt talked down to or that they were annoyed with me for asking anything,” he says.

Tim was cared for by the team at St. Charles Hospital for four days before being discharged home. However, he found himself there a few days later after a severe pain brought him back to the ER. He was diagnosed with a bowl obstruction. While in the hospital, Tim found comfort in seeing his care team again.

“They did everything they could to help me,” he shares. “They were bending over backwards to make me feel as comfortable as possible.”

Tim’s last experience with St. Charles Hospital was on the day he was scheduled to get his chemotherapy port placed. Earlier that day, he again felt pain and so he went to the ER. He was experiencing dehydration and was cared for once again.

Since then, Tim’s journey has continued at Mercy Health – St. Vincent Medical Center where he has started his chemo treatment. On May 23 at 5:32 p.m., Tim officially began the process of fighting this disease growing inside of him.

“The staff here is just as incredible as the staff at St. Charles,” Tim shares. “I’ll be honest, I was a little worried since this is clearly a larger hospital, that I would receive great but non-personal care… I was wrong; the wing I’m in feels extremely personal. Everyone here already knows me decently well. So, once again, I’m impressed with the kindness and personalities of the nurses, nursing assistants, and the rest of the staff at a Mercy facility.”

Tim knows that he has just begun a difficult journey. He is hopeful that his young age and the type of colon cancer he has will give him the tools he needs to win this battle. But despite all he faces, he says it was a priority to make sure that his Mercy Health care teams know how important their kindness meant to him during some of his darkest days.

“The care I got from the nurses was so nice I felt inspired to reach out. That’s how much of an impact it had. I went out and sought a way of telling everybody, ‘Yes, my experience was amazing!’”

Learn more about colon cancer as well as the cancer and oncology services we offer at Mercy Health.