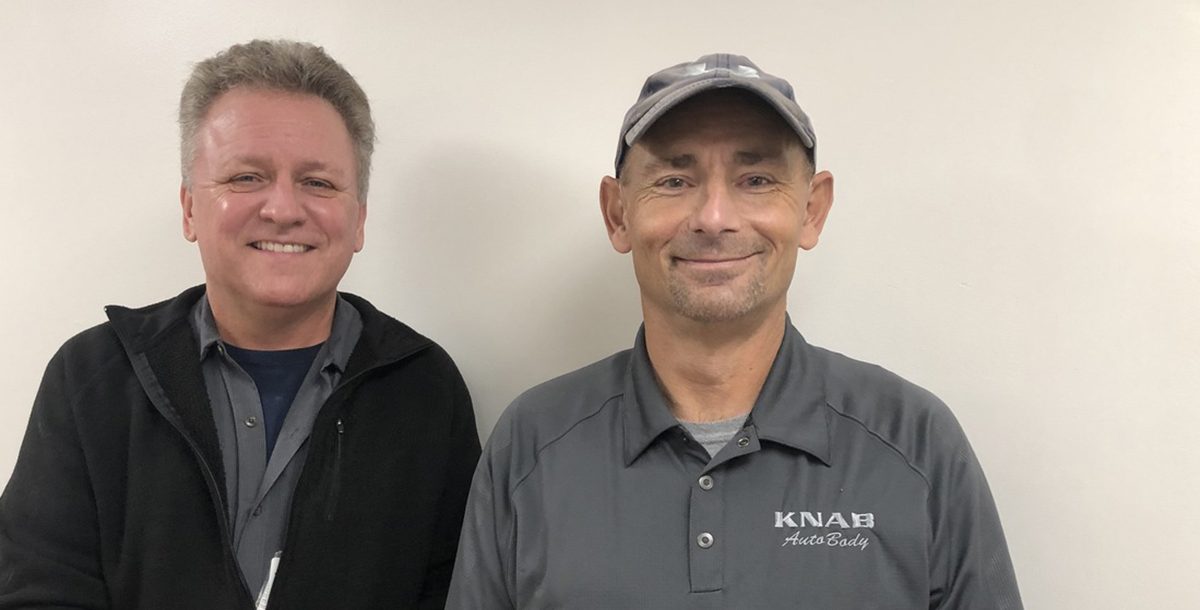 The Jewish Hospital Team Members Come Together to Save Ross’ Life

Ross Crouse knew something was off. The 48-year-old from Lawrenceburg, IN and father of three was wrapping up his dialysis treatment the morning of Wednesday, August 26. It was then that his blood pressure unexpectantly dropped dangerously low.

Ross received fluids and it seemed like the danger had passed. After his appointment, Ross headed out to pick up a sandwich. However, before he even walked into the shop, he developed chest pain.

Ross, who installs fire alarms, nurse call and security systems for a living, called his friend, James (Jim) D. Cunningham (pictured with Ross above). Jim happens to be an electrician with the plant management team at The Jewish Hospital – Mercy Health.

Friends for nearly 40 years, James D., as Ross calls him, is one of his best buddies.

“He is the one responsible for orchestrating the chain of events that has me here today,” Ross emotionally shares.

Ross told Jim he was pulling into a nearby business. When the Blue Ash Fire Department arrived on the scene, Ross was throwing up in the parking lot.

“I got out of the truck and was laid down on a stretcher. They immediately gave me four aspirin and started my IV,” says Ross. “They told me we were almost there, and I remember the flurry of the back doors of the ambulance opening when we got to Jewish. Everybody was ready and waiting for me.”

Ross remembers the emergency department team using a LUCAS® chest compression system on him. The device, donated by the auxiliary of The Jewish Hospital, performs CPR mechanically. This frees up medical staff members to provide patients in cardiac arrest with other timely critical care services.

Once resuscitated, Ross was rushed to the catheterization laboratory (cath lab). There, Jonathan Rapp, MD, a physician and cardiologist, found that Ross had multiple complete blockages. Just 36 minutes after Ross entered The Jewish Hospital, Dr. Rapp placed five stents in him.

Ross would later learn that he’d suffered a widowmaker heart attack, which is caused by a 100% blockage of the left anterior descending artery that can cause the heart to suddenly stop. Symptoms include the chest pain and nausea Ross experienced. Given its name, it’s no surprise that widowmaker heart attacks are often fatal.

“Dr. Rapp said, ‘everything fell right in line for you. If anything was out of line, you would not be here,’” says Ross.

Ross made a remarkable recovery. He was walking the halls of the hospital just two days after his heart attack and surgery.

Ross has nothing but thanks for his friend Jim, paramedics Pat Pyles and Cormac Dixon from Blue Ash EMS, the emergency room crew at The Jewish Hospital and Dr. Rapp. This was the team that came together to save his life.

“By the grace of God and prayers, everyone was where they were supposed to be and it all started with my call to my friend James D.,” says Ross.

Learn about the heart and vascular services we offer at Mercy Health and find a provider near you.