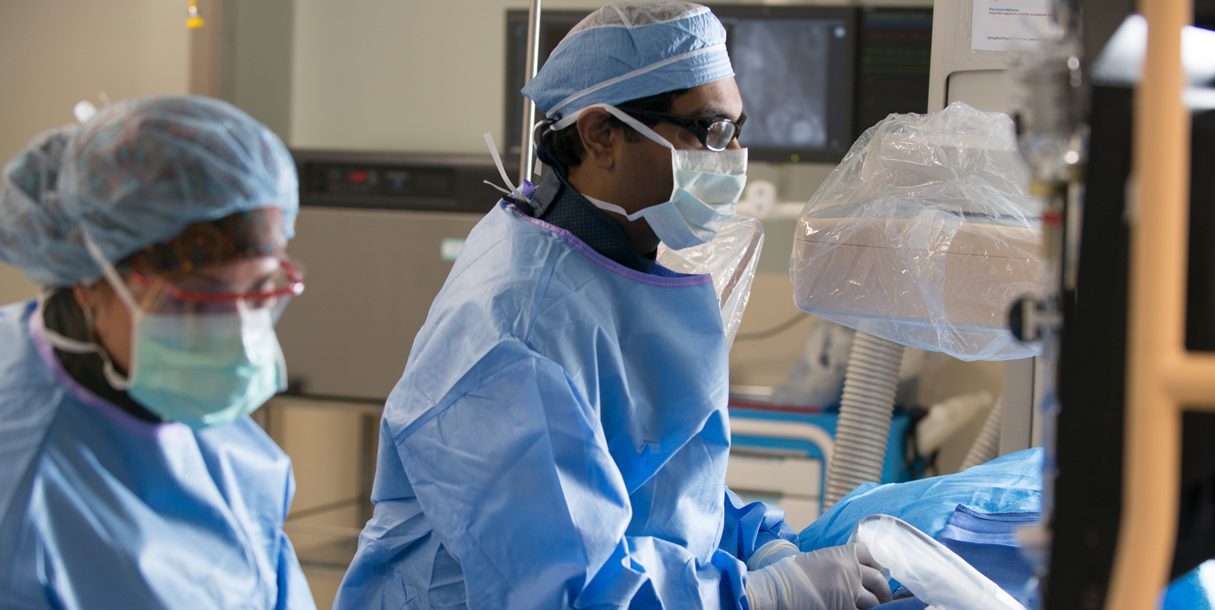 Richard Williams was doing an every day activity – yard work at his local church, when something didn’t feel right. What he thought might have been heat exhaustion was actually a widowmaker heart attack.

Springfield, Ohio resident Richard Williams, 69, a retired, insurance agent was wrapping up yard work at Berea Bible Church in August 2018 when he broke out in a sweat, experienced aching in both shoulders that radiated into his jaws and tightness in his back just below the shoulder blades. He thought he had heat exhaustion so he put his tools away and came home. However, nothing cooled him down and he felt restless no matter the position in which he tried to rest. He and wife Ellen, who runs a daycare, made the decision to go to Springfield Regional Medical Center.

Once Richard gave his symptoms to the people at registration, he was immediately taken to triage and given an EKG. This determined he was actively having a heart attack. Eight nurses began immediately preparing. Within 50 minutes of entering the emergency room, Richard was in the heart cath lab receiving emergency care.

“In the cath lab, my husband coded twice,” says Ellen. “The team revived him once through CPR and again using a defibrillator five times.”

Once stabilized, Richard received a stent and balloon to treat significant blockages, including a 100% blockage in the main artery along the front of the heart known as the widowmaker.

If Richard waited any longer to go to the hospital, he may not have survived

Richard’s doctor noted that if he’d waited 10 more minutes to come to the hospital, he’d likely not have survived his heart attack.

“While I was in the waiting room with our pastor, I heard the code blue for heart cath 1, where Richard was being treated. A kind nurse came to reassure me he had had an issue but was fine. Nurse Tracy Cochran followed on the heels of interventional cardiologist Sayed Muhammad Tariq Rizvi, MD (pictured), who gave me the news of the events and his condition. This sweet nurse took my hand and said, ‘Walk with me. There is someone you want to see and he wants to see you!’ She then lead me into the surgery room where my husband and I spent a few minutes reunited as he lay on the surgery table. I don’t think I have ever been touched by that level of kindness that Tracy showered on me.”

The next day, Richard’s family doctor made his rounds. He expected to find Richard on a ventilator and intubated. Instead he found his patient sitting up talking and joking with whomever was in the room. There was good news, too – Richard had no heart damage. His heart strength was better than expected.

In less than 48 hours, Richard was moved from the ICU and three days after his heart attack, he went home. It’s a testimony to the quick and seamless care he received at the hospital.

I to have survived not one but two widow maker heart attacks. Thanks to the great team at the hospital and thanks to Dr. Ashraf and Dr. Neravetla I have pulled through both of them. First one was two 100% blockages in the MALD got three stents. Second one was 4 months later three 98percent blockages in the MALD. Have a triple CABG after that one. Heart damage yes 30%. Doing great two years later. Best hospital in my mind for heart work.
June 17th, 2019 | 4:49am

I have survived two widow maker heart attacks in 2016. They were 4 months apart. First one was two 100percent blockages in the MALD. Received three stents. Second one was 4 months later. 3 98% blockages. My stents were clogging up. Dr. Neravetla did the triple bypass on me. Have nothing but praise for him and his staff.
June 17th, 2019 | 10:53am

This team is incredible! The work and the care that they have is immeasurable! I Have celebrated a year after Cardiac arrest and 5 bypasses. and doing well. TOtaly agreeable that this is the best Heart hospital in the Nation!
June 21st, 2019 | 9:40am