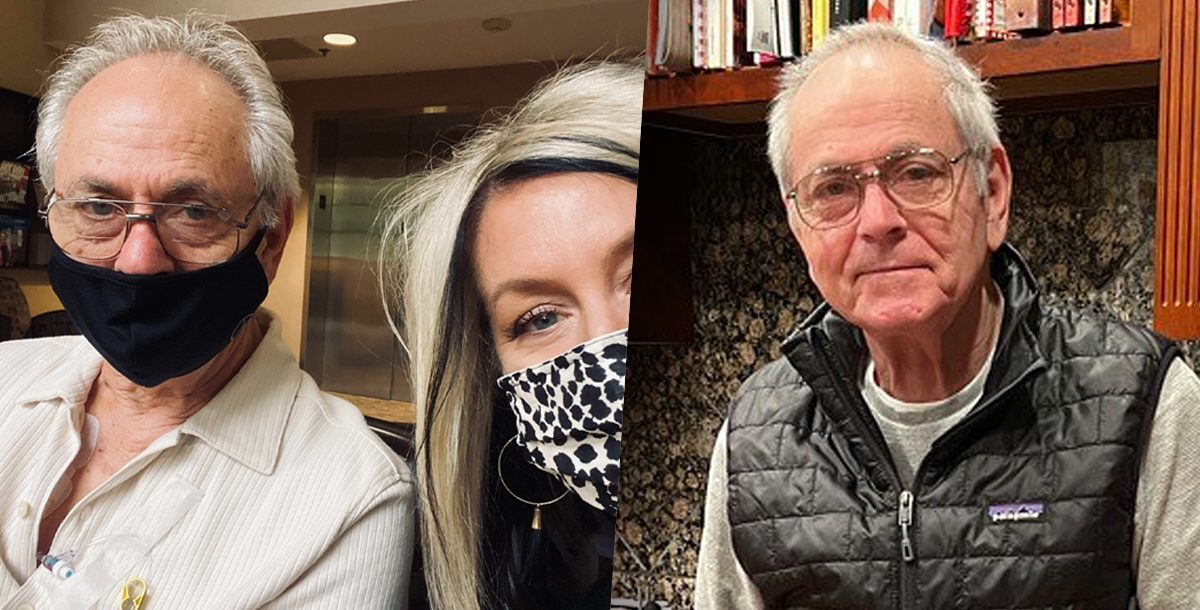 Anyone who’s ever experienced sciatica, which is radiating pain that runs from the lower back down one or both legs, will tell you it’s incredibly painful. However, for David Renzo, 79, this experience may just have saved his life.

“It was just excruciating,” David recalls of this back pain that sent him to the emergency room at Mercy Health – St. Elizabeth Youngstown Hospital in July of 2021.

At the hospital, doctors ordered an MRI for David and what they found was unexpected.

“Totally by accident, they found a lesion in my pancreas,” David shares. “It was not causing the back pain and was something completely separate.”

The lesion was pancreatic cancer. David was diagnosed early (stage two) before the cancer was able to spread to other organs. Many pancreatic cancer patients don’t find out they have the disease until it’s far advanced when there are few, if any, treatment options available.

“When it became apparent that I was going to need surgery, my daughter brought me to her home in the Cincinnati area so I could resume treatment here while she cared for me,” David explains. “It was here we came into contact with Dr. Allamaneni, a Cincinnati-based surgeon.”

David and his daughter met with Shyam Allamaneni, MD, in December of 2021 and they both came away with similar impressions.

“Dr. Allamaneni was so good,” David says. “He explained the negatives plus the positives of what my surgery might bring. We decided to go with him and so far, he’s been pretty wonderful.”

“He’s sincere and doesn’t give false hope,” David’s daughter adds. “He was always on time, never dropped the ball and his bedside manner was amazing. The communication between us and the care team was wonderful.”

In January of 2022, Dr. Allamaneni removed a portion of David’s pancreas and his entire spleen.

“We were able to remove a portion of David’s pancreas through small incisions using a robot,” Dr. Allamaneni explains. “Newer technology and prehabilitation helps us perform complex surgeries safely, especially in older patients. Our staff works with patients and families closely to optimize a patient for surgery based on their individual needs, including but not limited to nutrition, activity and breathing exercises.”

After a five-day hospital stay, David returned to his daughter’s home to continue his recovery. So far, David’s recovery has exceeded Dr. Allamaneni’s expectations.

“Dr. Allamaneni made several calls to the house and was amazed at how fast I recovered from the serious surgery that I had,” David shares.

David remains cancer-free and Dr. Allamaneni is coordinating with his care team in Youngstown, Ohio, for his future care. David will likely need to have a scan every six months to confirm that the cancer has not returned.

“We were fortunate to find Dr. Allamaneni,” David’s daughter says. “It’s nothing short of a blessing. He’s top-notch and knows what he’s talking about. I would recommend him to anybody, and I already have.”