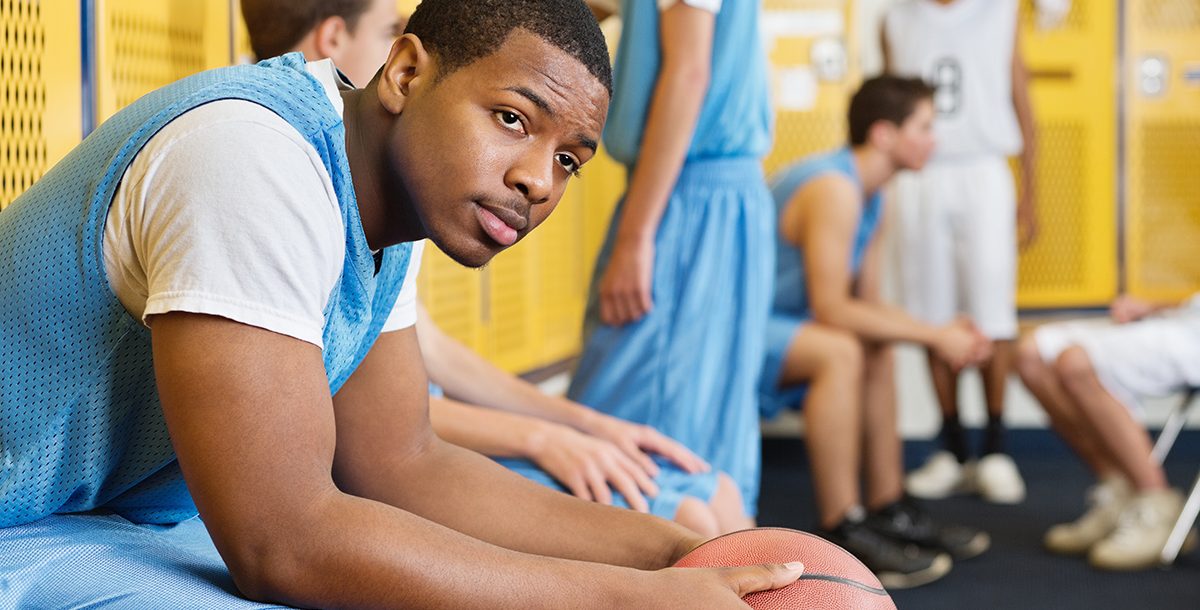 School Sports and Staph Infections: What to Know

Fall sports are kicking off, literally.

Many student athletes have been preparing for the new season for weeks, if not months. They have been conditioning, practicing and getting their sports physicals completed to make sure everyone is in tip top shape when it’s time to hit the field.

However, it might be what’s waiting in the locker room that’s creating a health risk.

Gyms and locker rooms are among some of the most high-traffic areas where lots of people are leaving behind bodily fluids. This makes these locations a hot spot for staph infections.

Staph infections are caused by staphylococcus bacteria. They can be spread around through hand-to-hand and skin-to-skin contact, or simply by touching contaminated objects, such as a football or free weight.

“About 40 percent to 50 percent of the population carries staph on their body – as a normal part of being alive, you carry bacteria,” Dr. Palmer shares. “So, for your average, moderately healthy patient, staph is not a major concern. The issue is when the host or person is compromised, meaning they have an underlying condition that can hamper their ability to fight off infection.”

There are more than 30 strains of staph bacteria, ranging from mild skin infections to more serious types like MRSA, which can be antibiotic resistant. The Centers for Disease Control and Prevention (CDC) says these infections are most commonly reported among athletes in sports that have a lot of physical contact, such as wrestling or football.

“The most common thing you’ll see will be a boil or abscess on the skin, maybe with some redness or swelling,” Dr. Palmer says. “That’s when you need to go see your doctor and potentially get on some antibiotics.”

However, Dr. Palmer warns you can develop some serious complications if a staph infection isn’t addressed and ends up reaching other parts of the body.

Although it may be impossible to keep all locker rooms perfectly clean, there are many ways to prevent the spread of staph infections. The CDC recommends good personal hygiene including regular handwashing, showering after participating in sports as well as washing your uniform after every game. It’s also important to take care of any cuts or scrapes by sterilizing and covering them so they don’t become entry points for a staph infection.

Learn about the sports medicine and primary care services we offer at Mercy Health.