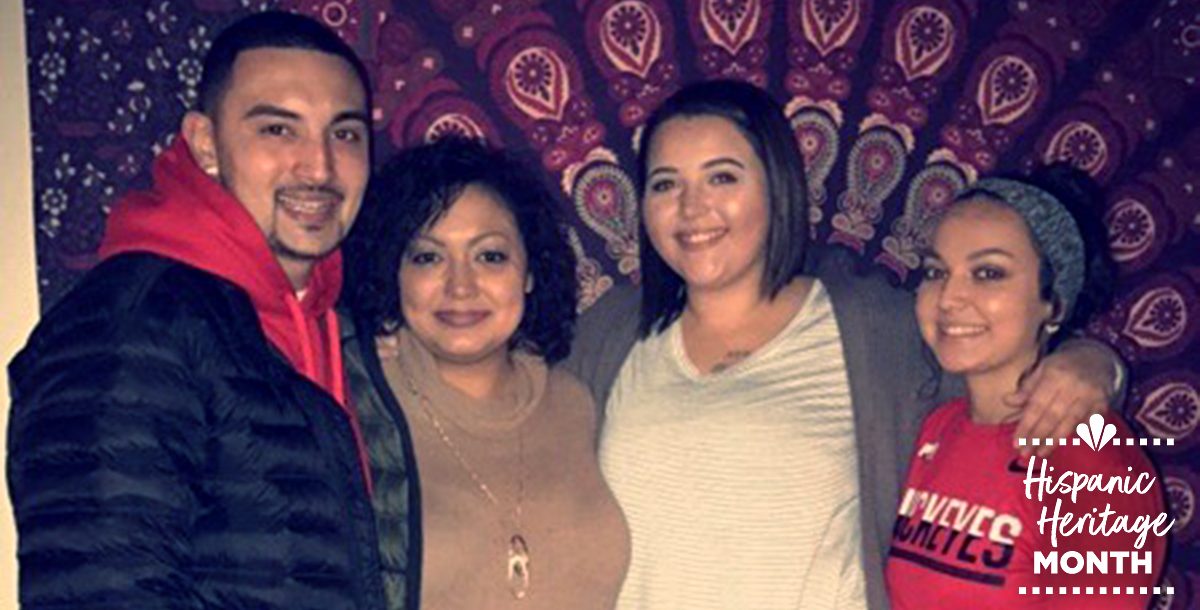 “My Name Means ‘Miracle,’ and I’ve Experienced Many”: Millie’s Story

At the age of seven, young Milagros “Millie” Castillo and her mother moved to Lorain, Ohio for a change in dynamics. Millie, whose parents were both from Mayagüez, Puerto Rico, was born in Chicago and spent her early childhood in the South Bronx in New York City.

“We lived in the Lorain metropolitan area in low-income housing, amazingly just three blocks from one of our hospitals,” Millie shares. “There were a lot of Latinos in Lorain, many moved there because of the work in the steel mills. In fact, today Lorain has the largest number of Latinos in the state and 30 percent of Lorain county is Spanish-speaking.”

As a youth, Millie enjoyed the heritage and festivals of Puerto Rico, spending summers there with her father.

A pivotal moment in her life struck at age 14 when Millie suffered from a congenital issue causing four subsequent surgeries. She had a birth defect, which caused a twisted bowel, rupture and an infection. A young Millie, with no medical insurance, was admitted to Mercy Health – Allen Hospital.

“They put me back together,” she says. “But there was one nurse, named Sue, who was most special to me. She repaired my spirit.”

Millie continues, “many times, she would hold me when I cried how unfair it was that I was sick. Sue would organize other nurses to stay with me when she couldn’t. It was Sue that held my mom when they told her I probably couldn’t have children because I had been so ill. Sue would always say, ‘It’s OK baby, we got this.’”

Millie eventually got well, thanks to the expert care and treatment she received at Allen Hospital, and she went on to successful young adulthood.

And years later, even though doctors thought it was unlikely, Millie was in the painful throws of initial labor and was admitted to Allen Hospital once again.

It was Sue, her nurse from childhood, who had transferred departments! Sue delivered Millie’s son, and she was there for her second child, a daughter.

“She will never know what she has meant to me,” Millie says of Sue.

Millie even went on to have a third child, another girl. And in 2005, she came to work with our ministry in the role of meeter/greeter and then later as a receptionist.

“I learned so much,” she says. “I learned that a lot of people look like me and talk like me! I speak a version of Spanglish and so do many others. I was one of only four Spanish-speaking people in the hospital, so I was pulled to other floors to support conversations.”

Millie was later convinced by her best friend, who worked in the emergency room as an administration support person, to go to nursing school.

“I was an advertising major, but I liked talking to people, liked psychology and I started researching behavioral health nursing,” Millie explains. “Go figure I would go on to do just about every area of nursing but behavioral health. However, I saw how many other areas nursing could offer in terms of helping others.”

By taking advantage of tuition reimbursement and loan reimbursement, Millie and her friend were able to start nursing school together. They are still friends today and both working on our team.

“My first name, ‘Milagros’ means ‘miracle,’” Millie explains. “I have experienced many miracles in my life.”

In March of this year, Millie was announced as the new vice president of nursing for our Lorain market.

“People told me how proud they were of me and that I am the first Latina in this position, the first Latina nursing executive. It is pretty remarkable. It is important as a leader to emulate the behavior you want to see in others. I emulate what I want to see, and I want to do everything I can to make my community the best it can be.”

And as for Hispanic Heritage Month?

“I embrace this time for our culture’s strong sense of community, the family dynamic and the family pride,” Millie shares.