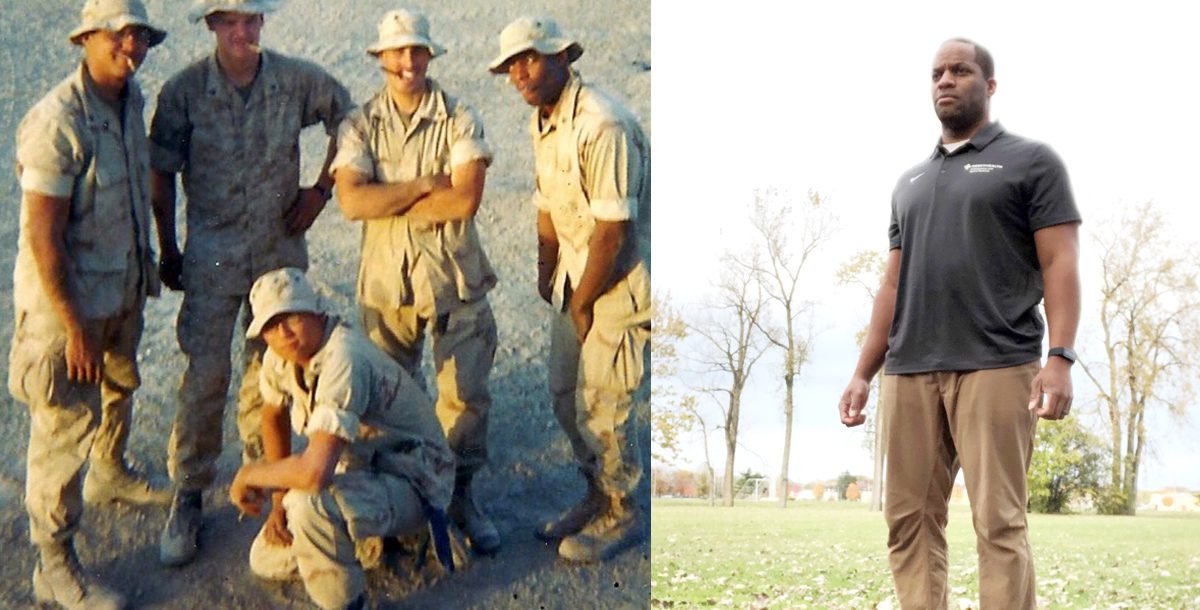 Meet Russell: Serving as a U.S. Marine and Athletic Trainer

Russell’s interest in high school athletics began when he was a student athlete. Participating in sports, he learned the value of being a good teammate and working together for a common goal.

When it came time to think about his future, Russell decided the closest thing to sports was the U.S. Military. On the night of his 20th birthday, he decided to join. The very next day, Russell signed up.

Russell ended up serving in the U.S. Marines. Near the end of his active duty, a mentor challenged him to think about his life goals. As Russell recognized earlier, there are similarities between the military and sports. Russell knew he wanted to continue to be a part of a team.

Injuries are also a common thread between the military and sports. In fact, Russell has many military friends who suffered injuries and still face challenges with them. While thinking of his next step, athletic training peaked Russell’s interest. He saw it as a way to help with injury prevention and rehabilitation while being a part of something bigger than himself.

Russell’s team today looks a little different than his team in the U.S. Marines, but his passion for service remains. Russell brings the “do it again” mentality he learned in the military every day to his job as an athletic trainer. He is constantly trying to be better and strive for excellence.

While Russell’s status as active duty with the U.S. Marines has ended, he is still serving in the military as a Navy Reservist. He says he is ready and willing if he is ever needed.

At Mercy Health, we are so proud of our associates, like Russell, who exemplify our mission in the work they do every day. Dedication to service is what drives Mercy Health’s focus on the health and well-being of our communities, bringing good help to those in need.