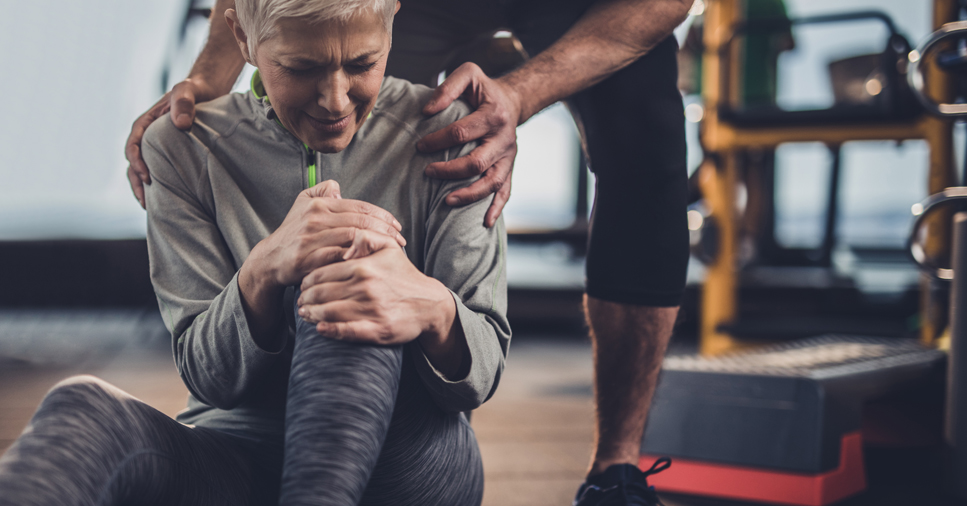 Advice from a Doctor: Understanding Knee Injuries and Prevention

Not many people think about a knee injury until they have one. However, knowing how to protect your joints and prevent injury is key. In this episode of the Mercy Health Medical Minute on 700WLW, Mike McConnell interviews Dr. Nicholas Early. Learn about different knee injuries and which are most common, as well as prevention and recovery.

Mike McConnell: Are men or women more prone to knee injuries? I would assume that men are.

Dr. Nicholas Early: In some cases, it’s pretty evenly split. However, specific injuries can be more common in women. For instance, one of the most common sports injuries that we see, ACL injuries, are more common in females, especially young females.

Mike McConnell: Is an ACL injury always a result of a traumatic event? It’s not caused by wear and tear correct?

Dr. Early: Yes, an injury to an ACL is an injury to a ligament in the knee. usually there is trauma associated with it. There will be pivoting mechanism that takes place to cause the injury and you are going to know that you’ve injured your knee.

Mike McConnell: So, then what is the most common knee injury?

Dr. Early: The most common injury I see from a traumatic standpoint is a meniscus tear. The meniscus is a cartilage pad. You have two menisci inside your knee and they help to cushion the knee along with several different functions. Everything from significant injuries to just twisting your knee walking around the house can tear a meniscus.

Dr. Early: That has a lot to do with the type of tear that there is, but in general, a meniscus tear is going to be a shorter recovery. Most of the time if you have to have surgery for a meniscus tear, the surgery is going to result in maybe a month or two of down time, depending on how your knee is overall. An ACL injury is a much longer recovery. You’re looking at least six months of recovery to try to get back to high level activities like sports. Often it can be nine months to a year to return to those high level activities, with people continuing to improve up to two years after an ACL injury.

Mike McConnell: Occasionally you’ll see a story about someone who is running their 15th marathon in a year. Is that good for your knees?

Dr. Early: There has been a lot of research specifically looking at long distance running. there have been some studies to suggest that the cartilage, which is the cushion on the ends of the bone, is affected by a lot of activity. However, there is some ability of cartilage to recover after activities such as a marathon. But, if there is a lot of damage and cracking with the cartilage it can get worse over time. So, if your running and you already have a problem with your knee, putting that much stress on it can make things worse.

Dr. Early: Typically, an overuse injury involves increasing your activity quickly, so that you are pushing beyond what you can handle. Specifically discussing knees, overuse injuries are often caused by someone increasing the amount they are running or walking very quickly. Overuse injuries are characterized by inflammation or stress. Repetitive motion especially, can irritate the tendons and ligaments in your knee leading to these overuse type of injuries.

Mike McConnell: What are the differences between adult and pediatric knee injuries?

Dr. Early: The biggest difference is that kids still have their growth plates. Boys will have them until they are about 14-16 and in girls from 12-14 depending on what bone you’re looking at. If a kid and an adult were to sustain the same bad knee injury, often it will break through a child’s growth plate, whereas an adult might just tear a bunch of ligaments.

Mike McConnell: How should you avoid tearing an ACL? Besides not skiing, what else should you do?

Dr. Early: Avoiding certain activities is probably the best thing you could do, if you wanted to avoid tearing your ACL. But, put that aside, because if you love playing soccer you’re not going to give it up. There has been a lot of research into how to improve the mechanics of your legs, specifically related to jumping and landing. The goal is to improve the way your muscles are firing as you’re doing these activities. This helps improve the way your legs are landing and pushing off, which puts less stress on the ACL. There has been some success in getting athletes into programs before season to improve their mechanics. If the mechanics are maintained throughout the activities there’s less incident of injury. The key is maintaining the mechanics, if you return to old habits and bad mechanics then you are prone to the injury once again.

Mike McConnell: If you’ve had a knee injury and had surgery are you more prone to that happening again?

Mike McConnell: If you injure your knee, how long should you just limp around before you do something about it?

Dr. Early: That’s a great question and one that I get asked by family members all the time. The answer has a lot to do with how sever your symptoms are. If you’ve had an injury and you can’t bear weight on your knee, your knee is swollen, you felt a big pop, or it feels unstable, those are all signs that you should see a doctor sooner rather than later. If there is just some achy pain and mild swelling and your injury isn’t responding to ice and rest then you should seek medical attention.