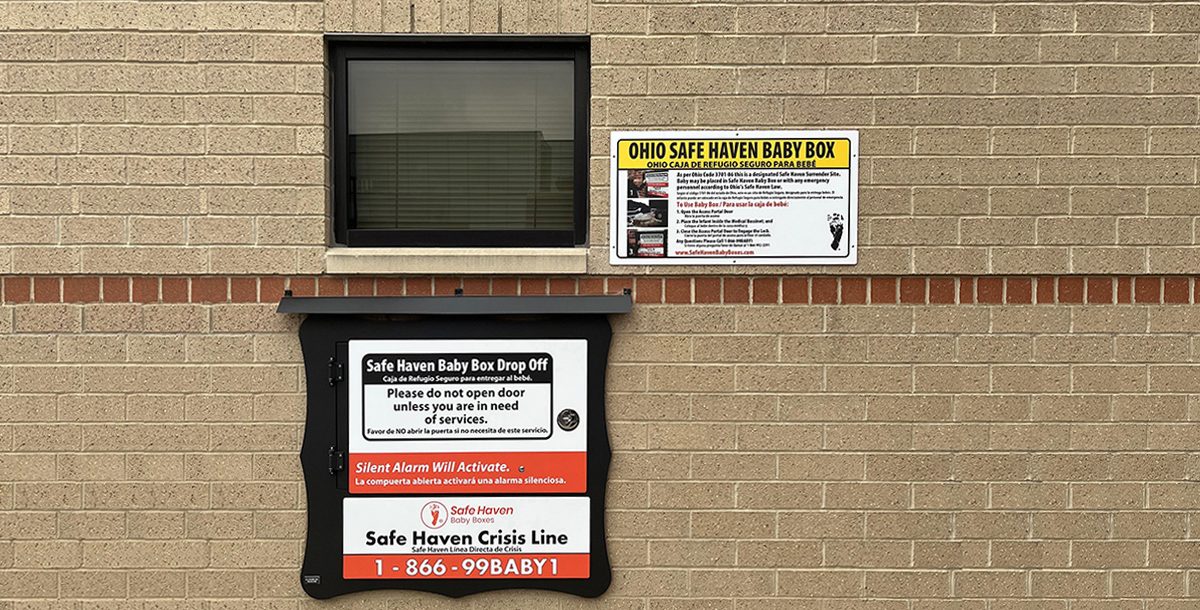 Did you know that Safe Haven laws were initially introduced in the state of Texas in 1999?

These laws allowed a parent to anonymously surrender their infant to a designated Safe Haven provider within a specific time period after birth. According to the National Safe Haven Alliance, 4,630 infants nationwide have been surrendered since 2004. Infants are often surrendered within 60 days of being born and are typically adopted within 30 to 45 days.

Sarah Bassit, DNP, RN, conducted research to explore the need for a Safe Haven Baby Box in the Lima, Ohio area as part of her doctor of nursing practice (DNP) program.

“I was originally looking for a scholarly project for my DNP degree,” Sarah shares. “Then, I was approached by the St. Rita’s Medical Center’s OB manager and PCAT/NCAT to make a consecutive Safe Haven policy for all our facilities. My project would also include data collection on an educational intervention and Safe Haven simulation for emergency room as well as OB team members.”

Through her research, Sarah found common demographics where a Safe Haven Baby Box may be useful.

“This project led to research that identified low economic status and low educational attainment as risk factors for legally abandoning an infant,” she explains. “Once identified, I looked at Lima’s statistics, which showed that 24.3 percent of people live at or below the poverty line, and 8.9 percent of residents have low educational attainment. Even though these numbers are not significantly high, they do place a patient population at risk in our area.”

“We hope that mothers are able to reach out to the resources we offer at the hospital or on the Safe Haven Baby Box website before using it,” Sarah says. “Even though these boxes are a last resort, they are so important for our community and the surrounding communities to provide a safe place to legally surrender an infant.”

This Safe Haven Baby Box is the eighth box in the state of Ohio and marks the 125th location in the United States. The nearest baby box is located more than an hour away. And according to the organization, 21 infants have been surrendered via a Baby Box since 2017. Nationwide, 123 surrenders have resulted from calling the National Safe Haven Baby Box hotline. Just this year, seven surrenders have occurred.

“To say this project is a blessing is an understatement,” Sarah adds. “I am thankful for the stakeholder team that I collaborated with to bring this box to the community. I can’t thank St. Rita’s enough for the collaboration to bring this amazing community benefit to the area.”