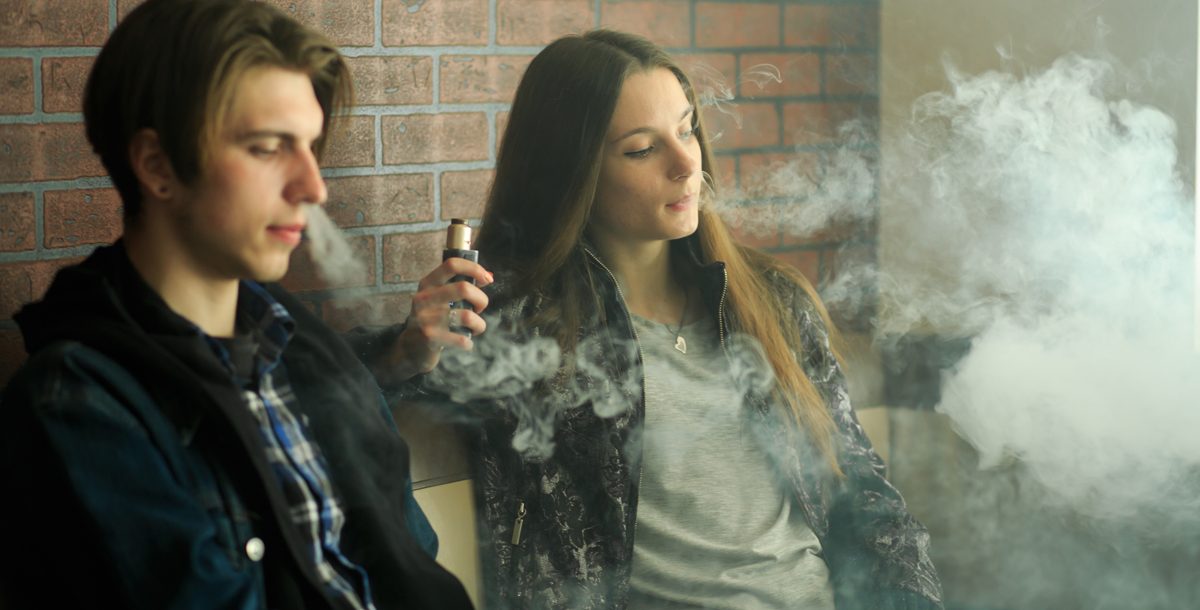 Mercy Health Helps Educate Teens on the Risks of Vaping

The growing use of vaping and e-cigarette products by teens has prompted Mercy Health to partner with local high schools and help educate students on the dangers of vaping.

According to the National Institute on Drug Abuse, teen vaping rates doubled in 2019 with 25 percent of high school seniors now using e-cigarettes. Many believe the myth that vaping is a safe alternative to smoking. However, there have been 1,358 lung illness cases associated with the use of e-cigarettes or vape pens as of October 2019 and 33 deaths confirmed in 21 states related to vaping.

Marcy Ivory, a smoking cessation educator and Kevin Griggs, Director of Respiratory Therapy have now visited four local high schools throughout Champaign county in Ohio. There, they discussed the myths, trends and facts of vaping and e-cigarette use, as well as the risks associated with them.

“The vaping industry is using a vitamin E acetate to thicken the fluid, which makes these great big, huge vape clouds that the kids like to see,” Kevin says. “The consequence of that is that the vitamin E is actually an oil-based product. So, when it’s vaporized into a mist, drawn into the lungs and cools, it’s coating the inside of their lungs with oil.”

Vaping causes many medical issues within the respiratory system. The lungs are not designed to inhale the toxins that vape contains, such as nicotine and vitamin E. Other toxins in vaping products can even cause severe, chemically induced pneumonia. Another serious risk is negative side effects on brain development.

“Using nicotine before the age of 25 can have lasting brain effects, including nicotine addiction, mood disorders and permanent lowering of impulse control,” Marcy says.

Stephen Feagins, MD, is a primary care physician for Mercy Health as well as the medical director for Hamilton County Public Health and the team physician of FC Cincinnati. He reveals that researchers are currently looking for ways to help young people who have become nicotine dependent after vaping.

“Many young people don’t realize that vaping products have nicotine until they are already puffing 200 to 300 puffs a day,” says Dr. Feagins. This is the equivalent of one and a half packs of cigarettes per day.

Not knowing what nicotine dependence feels like, these teens have trouble with sleep and concentration. Educating them on the cause and effect of vaping is critical moving forward.

According to Dr. Feagins, doctors currently use nicotine replacement therapy to help young people going through the physiological symptoms of nicotine withdrawal as they quit using these products.

Moving forward, Mercy Health is committed to educating our communities about the dangers of vaping as well as treating those who need our care.