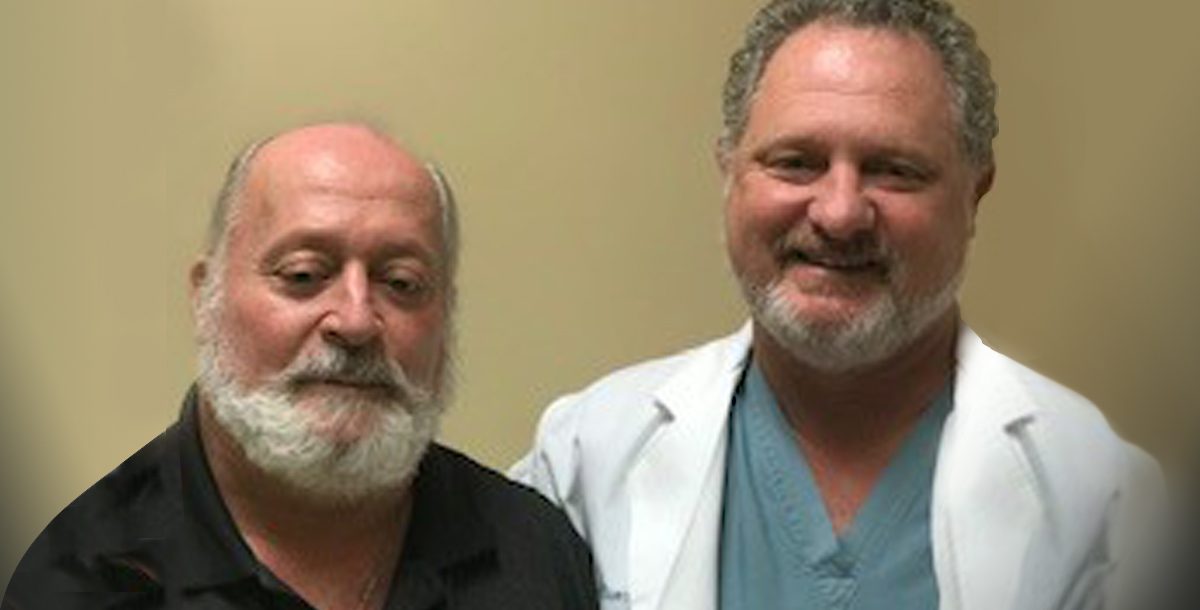 Two is better than one is true for most things, but not for cancer. Stanley Myer was diagnosed with both prostate cancer and kidney cancer this year. Today he is free from both, and lives to tell the tale.

Stanley has been an established patient of Dr. Patrick Ellison at Mercy Health – Paducah Urology since 2017 after his PSA (prostate specific antigen) count began to rise. High PSA counts can be an initial warning sign of prostate cancer – a cancer with nearly 3 million cases per year in the United States alone.

During an office visit in October of 2018, Dr. Ellison asked Stanley to return in three months for a follow up appointment. Then on December 22, while work at a steel mill, Stanley felt extreme pain. He thought it might be kidney stones, so his co-workers took him to the emergency room where the care team ran a CT scan. While searching for stones, the care team found a 4.5 cm renal mass in his right kidney.

Just days later, Stanley return to Dr. Ellison for his three-month follow up appointment where he recommended a prostate biopsy due to Stanley’s high PSA numbers. On January 4, 2019, Stanley’s biopsy returned positive for cancer.

“I didn’t know the body could go through so much,” Stanley shares.

After his prostate removal, he spent two weeks recuperating with his care team before heading home. And on July 6, Stanley celebrated his 64th birthday with his family and friends.

“I try not to get down because a lot of people never get to get up and go again,” he says.

Altogether, Stanley had two major organs removed, 42 staples put in is body, and three pints worth of blood transfusions in one year.

“Now I understand why it’s so important to donate blood,” he states. “I may even try to donate when I’m all healed.”

Stanley will now see Dr. Wenderson M Claudino, a Mercy Health oncologist, regularly for the next few months and then occasionally as a part of his specific care plan for the coming years. Both kidney and prostate cancers have hereditary links, and Stanley has encouraged his family and community to get checked.

“I don’t think it would be a waste of money and time at all… for peace of mind at least,” he says.

Stanley believes this whole experience was a blessing in disguise as he is now free from these cancers to enjoy health and wellbeing. There are still difficulties ahead for Stanley as the future unfolds with aging and work, but he’s “still alive and kicking.”

“I’ve still got it better than a lot of people in this world… I try to stay positive. We’re not promised tomorrow,” he says.

Visit Mercy.com to learn more about our healthcare services.