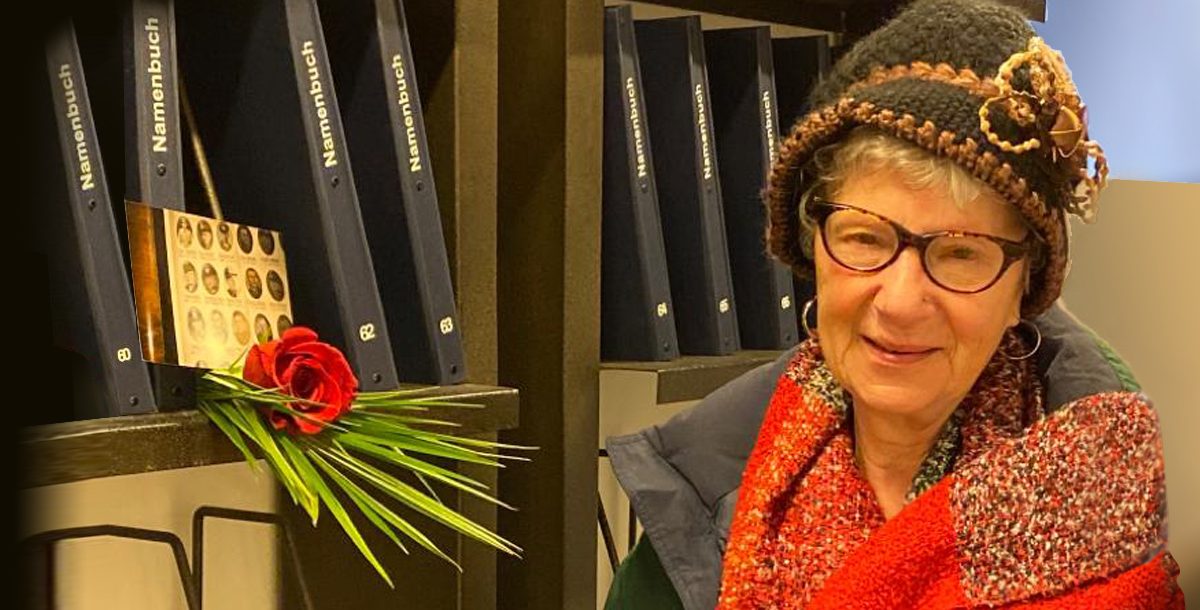 “This is a program that Sandy Chinn, Director of Resident Services, wanted to have at Oakwood Village for quite some time,” says Cheryl Hainey, a gift officer for Mercy Health Foundation.

Funded through donor dollars as well as in-kind donations, the Moments in Time program celebrates the lives of Oakwood Village residents by helping them revisit a fond memory or fulfill a deeply meaningful dream. Residents like Ursula Weddell.

As a little girl in Germany, Ursula would cross her bombed city to the train station looking for her father. However, Georg Josef Noppenberger never did make it home from war.

Drafted in 1942 before Ursula was born, Georg was declared missing on January 14, 1943. His name never appeared on prisoner of war lists nor on lists of war dead. The Red Cross and other agencies were unable to confirm what happened to him either. They noted Georg likely died in the massive retreat from which very few emerged.

In 1959, Ursula, her older sister and her mother emigrated to the United States, where her mother remarried. Ursula thought she’d lost the opportunity to find her father. She began building her life by attending the Ohio State University, marrying her husband, and starting a career.

However, in 2017, after her husband passed away, Ursula started researching again.

“I was relentless,” says Ursula, who’s been a resident at Oakwood Village in Springfield, Ohio for the past eight years. “With the help of the internet, I began again to search for answers.”

Eventually, a Facebook connection put Ursula in touch with someone in Russia who was able to help solve the biggest mystery of her life.

“I received a letter from Russia, translated into German and English, with detailed information regarding my father’s cause of death and his burial site in a war cemetery outside St. Petersburg,” she reveals.

Coincidentally, Fellowship Church of Springfield was planning a mission trip to St. Petersburg. From there, a wish was born.

“…I’d been looking my whole life and time was running out,” says Ursula. “If I didn’t go now, I would never do it.”

This is when the Moments in Time program stepped in. Ursula was the first beneficiary of the program, which allowed her to take this trip that was a lifetime in the making.

In November 2019, Ursula visited the war cemetery in Russia. She didn’t find her father’s headstone, but a caretaker took her to a Russian Orthodox Church on the property. In the church’s books of records, she found her father’s name.

“Everyone started crying,” recalls Ursula. “I had a rose with me and I took my rose and stuck in in the book. I touched his name and for the first time in my life, I felt connected with my father. It was a miracle and the most moving experience. It was meant to be. He was real, he was a real person.”

Sign up to receive weekly updates from us packed with healthy news, tips, research, recipes, and more – right to your inbox!