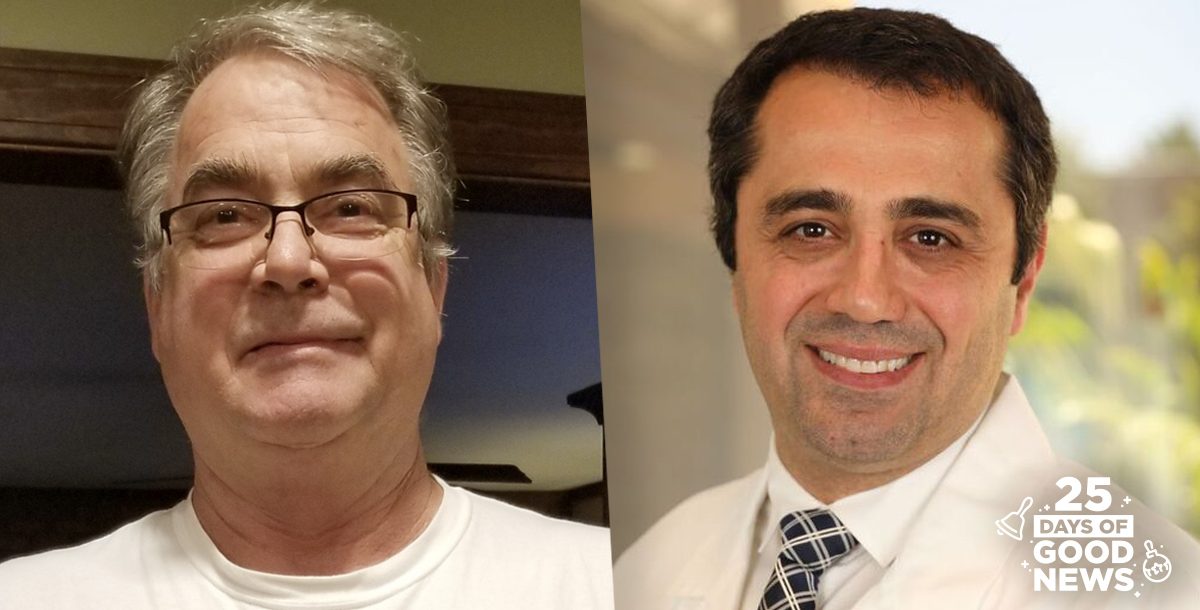 “Dr. Hartman advised me to have a lung cancer screening,” Michael shares. “She also explained I needed to have this scan because of my past history of smoking, even though I was not having any lung cancer symptoms.”

Michael had his screening on Feb. 10, 2020. He shares that the scan itself was quick and easy. Plus, what the screening found was potentially lifesaving: a 2.1 cm nodule in the lower lobe of his left lung.

After these results came in, doctors scheduled Michael for a PET scan two days later, which is a scan that helps doctors determine the make-up of the nodule. In Michael’s case, the scan found that the cells in the nodule were hypermetabolic. This means the nodule had cells more active than typical lung tissue, making it suspicious for malignancy.

After learning this, the doctors recommended a biopsy. On Feb. 18, 2020 Michael underwent a needle biopsy that confirmed the mass was an early stage squamous cell carcinoma. This is a slow growing lung cancer strongly linked to smoking.

“Thankfully, it had not spread anywhere else,” Michael shares.

After being told he was a good candidate for surgery, Michael met with Dimitrios Topalidis, MD, (pictured above, right) a cardiothoracic surgeon at Mercy Health – Cardiovascular Thoracic Surgeons, Fairfield. Michael’s surgery was schedule for March 18.

“Dr. Topalidis removed my left lower lobe by video-assisted thoracoscopic surgery,” Michael reveals. “It was a minimally invasive technique in which only a few small keyhole incisions in between my ribs were made. Additionally, I only spent three days in the hospital.”

“Because this lung screening found my cancer early, I did not need to have any follow up treatments such as chemotherapy or radiation,” Michael says. “This saved me treatment and possibly my life.”

If you’re on the fence about getting a lung cancer screening, Michael has the following to say.

“I just recently retired. If I was still working, I may not have taken time for a screening. However, go ahead and take the time to do it. It could save your life.”

Learn more about our primary care services and find a Mercy Health provider near you.