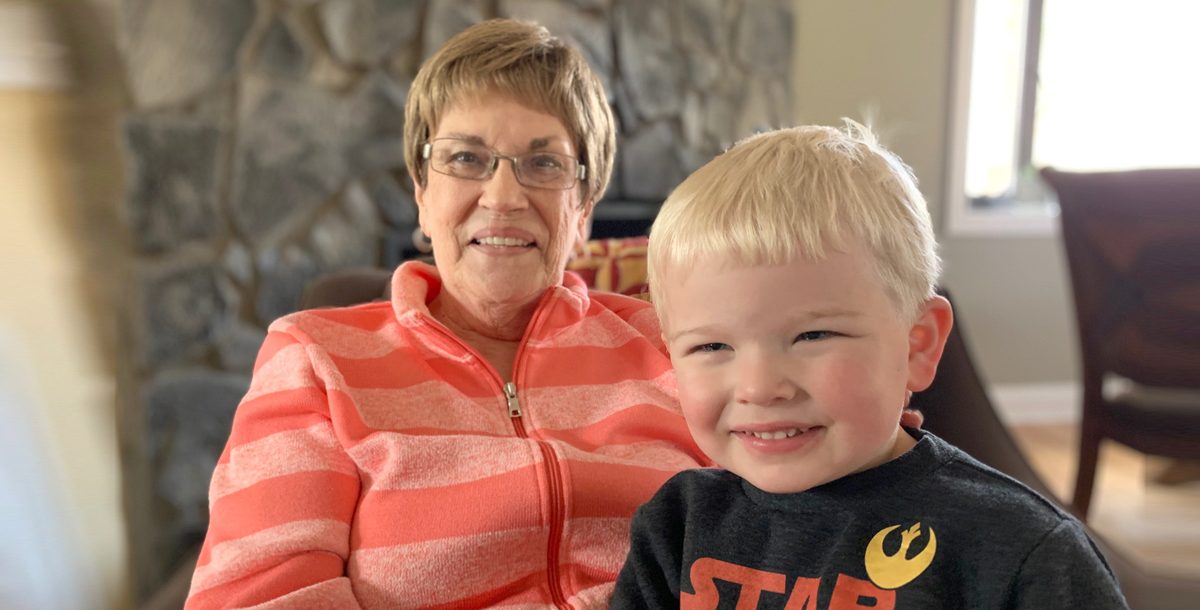 One in 16 people will be diagnosed with lung cancer during their lifetime.

In fact, more lives are lost to lung cancer than to colorectal, breast and prostate cancers combined.

Luckily, Sally Cutter visited her Mercy Health primary care physician last fall. After a lung cancer diagnosis and treatment, Sally is back to her independent life. This holiday season, she shares her story of healing and thankfulness.

During a CT lung screening at The Jewish Hospital – Mercy Health on September 21, 2018, a pulmonary nodule, or lung growth, was detected. Sally was sent to Erich Walder, M.D., a pulmonologist at Mercy Health – Kenwood Pulmonary and Critical Care. Dr. Walder ordered a pulmonary function test to see how well Sally’s lungs were working. He also suggested a follow-up CT scan to be completed in three months.

“The people there are like ‘we are going to get through this,’” Sally says about her care team.

In January of this year, the follow-up CT was completed, and Sally’s pulmonary nodule had grown. Dr. Walder then sent Sally for a biopsy. Shortly afterwards, Sally’s lung collapsed, and she was admitted to the hospital.

“It was the first time I’ve stayed over in a hospital since I’d had kids,” recalls Sally.

Sally’s friends and family came to visit her, something she was very thankful for. Sally was discharged from the hospital in late February and visited Dr. Walder for a follow up appointment. The results of the biopsy revealed an unfortunate diagnosis: lung cancer.

The cancer had spread to her abdomen and removing it surgically would not be an option. Sally was then seen by Cynthia Chua, M.D., at Oncology Hematology Care (OHC) for further management. There Sally received six rounds of chemo over the next three weeks. She then had three rounds of radiation in September of this year.

“I have been very happy with all my care and all of my docs,” says Sally. “They are compassionate, and they truly care… I would highly recommend Jewish and Mercy… I have not had one problem with them.”

Now, Sally is happily enjoying her work and trying to put a smile on everyone’s face that she meets. She is also looking forward to spending the holidays with her grandson, Oliver.

“I’m thankful I’ve come through this and been able to manage on my own. Just grateful,” she says.