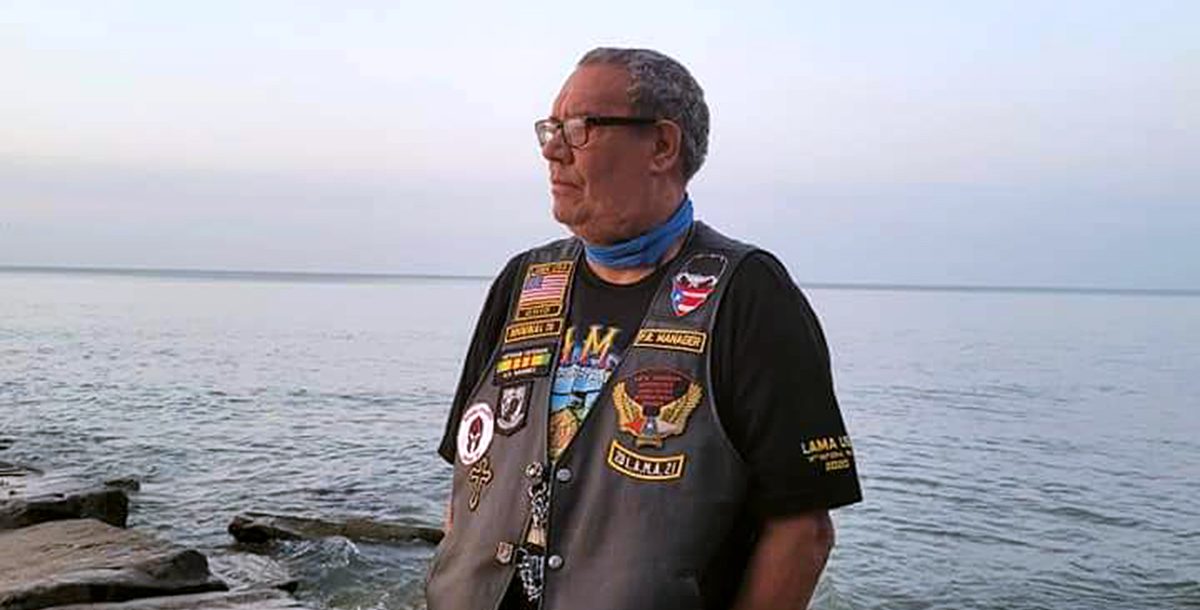 Antonio Witnesses Our Mission in Action During Cancer Treatment

“I was on my path to salvation instead of worrying about dying within a year,” Antonio Barrios shares.

Antonio was diagnosed with non-small, squamous cell lung cancer in his mouth and throat. He felt defeated after his diagnosis, not because his prognosis wasn’t promising, but because he didn’t know how he was going to pay for the treatments he needed.

This is when the mission of our ministry stepped in to help Antonio get the care he needed.

Antonio was taken in by the Mercy Health — Cancer Center in Lorain, OH after he was declined by another hospital. He didn’t have health care insurance coverage to cover the cost of his treatments. Despite this, our team members took him on as a patient.

“The second I heard about Mr. Barrios’ situation, I knew we had to take care of him by getting him established with our care team as soon as we could,” Ben Kosewski, our Lorain oncology service line director, shares. “His disease was very aggressive, and we didn’t have the time to delay his care. I engaged our whole team: nurse manager, social workers, nursing and scheduling team to ensure Mr. Barrios was set up to meet with Dr. Nguyen as we worked to resolve his insurance concerns. The team worked collaboratively to take care of Mr. Barrios as he started his treatment.”

Antonio shares that the nurses and doctors didn’t care if he could pay for his treatments or not. They were very kind, considerate and professional. They also didn’t take away his dignity as being a working poor person can come with a lot of stigma.

“Everyone at Mercy Health was fantastic,” he adds. “They were sensitive to what my needs were and what I was going through. Before I could even pay for it, they were ready to treat me. They never bothered me about bills or anything else. It’s the psychological beat-down you take while you are also worrying about surviving cancer — it made things easier not worrying about paying my medical bills.”

Another thing that made everything even better was the support Antonio received from his community. His motorcycle group and personal friends hosted a meal benefit event to show their support during his diagnosis and treatment.

“It was amazing,” Antonio shares. “I don’t know how many hundreds and hundreds of people came. They sold out 500 tickets and people kept coming. It was massive — you forget everyone you know because you never need them all at once. It was fantastic and I’m so thankful for them. It raised my spirits. It made it easier to take the pain, easier to submit to radiation and everything.”

After being turned away by another hospital and then being cared for by our ministry, Antonio found hope again. Today, Antonio is so thankful for our oncology director who approved his case as well as the doctors and nurses that treated him along the way.

“They never made me feel bad about my financial situation. I now believe in Mercy Health’s mission to help people that sometimes can’t afford the help they need.”

Learn more about our ministry’s mission, vision and values and how they inspire the work we do every day.