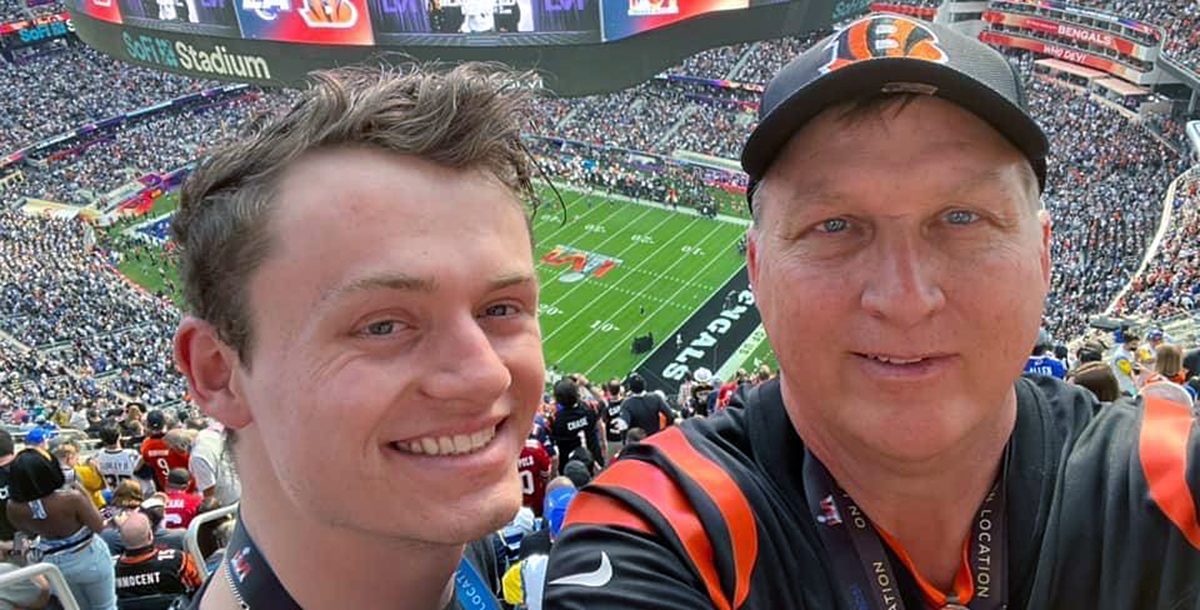 It didn’t take long for Andrew Hoffman to realize nursing was something he was interested in. With his mother working as a labor and delivery nurse at Ohio State, you could say the health care gene is in his blood.

Andrew credits his clinical instructor at Clark State College for further developing his love for critical care medicine – a passion that would land him a job in the intensive care unit (ICU) at Mercy Health – Springfield Regional Medical Center.

After only 10 months on the job, the skills Andrew learned helped prepare him during what would be an eventful flight home.

In February of 2022 while heading home from Los Angeles with his father after the big game, Andrew was called into action during an in-flight medical emergency. A passenger on board was having chest pains.

Working with another doctor on board, Andrew helped take the passenger’s blood pressure and oxygen levels using his own smartwatch. He stayed with the man until the plane landed and paramedics arrived to take him to the hospital. The moment was marked by applause from a crowd of strangers who called him a hero for his good deed.

“Feeling like you helped save a life is a feeling that I have never felt before,” Andrew shares. “I always thought growing up heroes were for the movies, but it is very rewarding when a family calls you a hero and means it. The most rewarding part of this job is how patients and their families thank me for my service. Also, that I have the ability to touch lives.”

Andrew believes his time working with and learning from our ministry’s other nurses gave him the courage to step up and help – not only during the in-flight emergency but in other situations that he might not normally feel comfortable in. This has been especially true for him throughout the course of the COVID-19 pandemic.

“The pandemic really has shown me that the medical professionals will give so much just to help another person in need,” Andrew says.

He continues, “this is while also being strong mentally to support each other to fight another day and to continue on. Overall, this pandemic has reinforced that I was called to step up and help during a time when some people are at an even higher risk.”

Andrew admits he still has much more to learn. However, it is something he looks forward to while having his team members by his side.

Happy Nurses Week! The compassionate care provided by our dedicated nursing professionals is at the core of everything we do at Mercy Health, where nurses mean the world.

Join us in thanking our nurses! Use #MercyHealthNursesWeek on social media to share your “thank you” messages.