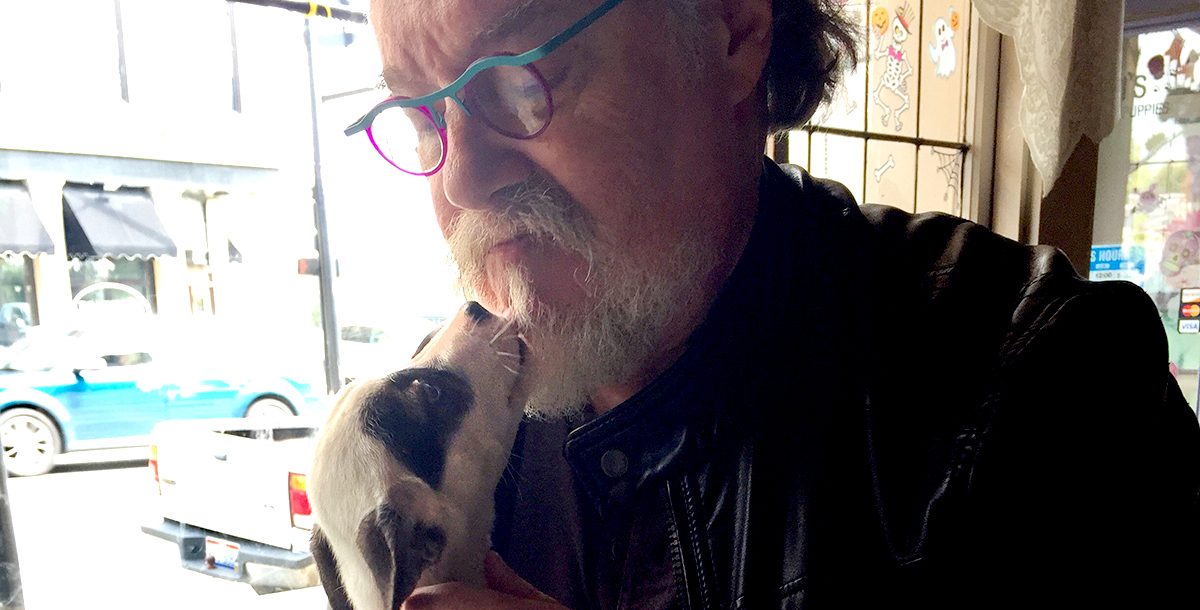 The pain was so excruciating that Mike McVey, a retired college professor, could only curl up on the floor of his doctor’s office.

Two days earlier, when he’d started to have diarrhea and back pain, Mike visited a local health clinic. The provider there thought Mike was suffering from a stomach bug that was going around and told him to come back if he didn’t feel better in two days.

“This was on Saturday. By Monday, it wasn’t any better and the pain in my lower back had increased,” Mike recalls. “I was able to get in to see my general practitioner and when they escorted me back to exam room, I couldn’t sit in a chair or exam bench. The only place I was comfortable was in a fetal ball on the floor.”

Mike’s provider told him that his kidneys were shutting down and that they were taking him straight to the hospital. At the local hospital, doctors flushed Mike’s kidneys. However, he needed dialysis services that they didn’t have available. From there, Mike was transferred to Mercy Health – Fairfield Hospital.

Dheeraj Goyal, MD, one of our infectious disease specialists, was a part of Mike’s care team. When he met Mike, he met a very sick patient with an infection that defied treatment.

“Mike’s lower back pain and diarrhea were so severe, he came in through the emergency room before he was hospitalized,” Dr. Goyal says. “We treated him with three different antibiotics for four days and didn’t see any improvement. When he went into diabetic ketoacidosis brought on by the diarrhea, we moved him to the intensive care unit.”

Mike had been at Fairfield Hospital for two days when his sister-in-law read something online about puppies and a nationwide infection. She sent Mike’s wife a link to the story. Against the wishes of his wife Cathy, Mike had bought a puppy, Mabel, just a week earlier. This news story ended up providing a vital piece of information.

Pet store puppies were associated with an outbreak of a strain of the Campylobacter bacteria known as Campylobacter jejuni. While most patients with a Campylobacter infection usually get over it without antibiotics, multidrug resistant (MDR) Campylobacter strains can cause severe infections. What Mike had was something that reached that next level of severity.

“This strain was so resistant that typical antibiotic options for MDR Campylobacter didn’t work to treat it, just as we were seeing with Mike,” Dr. Goyal says.

Dr. Goyal contacted the Ohio Department of Health, which quickly escalated the case to the Centers for Disease Control and Prevention (CDC). The CDC was monitoring an outbreak of Campylobacter jejuni that ultimately sickened 113 people in 17 states. Pet store puppies were at the root of each case. More than 20 of these people were hospitalized with severe symptoms from infection with the outbreak strain. 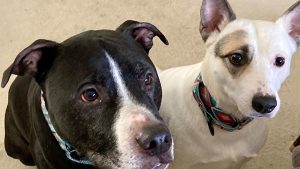 Dr. Goyal isolated the bacteria that was making Mike so sick and sent it to the CDC. Testing confirmed that it was related to the outbreak strain. Based on results from early data, the CDC recommended that Dr. Goyal treat Mike with imipenem-cilastatin, a type of antibiotic classified as a carbapenem that is not typically used to treat Campylobacter infections.

“Within two days, his diarrhea improved, and it was gone completely in seven days,” Dr. Goyal reveals.

Dr. Goyal also recently published research confirming that imipenem-cilastatin is an effective treatment for patients infected with a similar highly resistant Campylobacter. He and his fellow researchers at the CDC and the FDA ended up classifying this strain as extensively drug resistant (XDR).

“Taking a history of pet exposure can also help treating physicians establish a diagnosis and guide patient treatment,” he says.

Mike ultimately spent a month in the hospital and lost part of his stomach due to the infection. He has since made a full recovery. As for Mabel, whom Mike’s wife initially called “Typhoid Mabel” before changing it to “The $53,000 Dog,” she emerged from the ordeal unscathed.

“She wants to nuzzle my mouth, but I give her scratches instead and she’s comfortable after that,” Mike says.

Mike also has this advice for people with dogs: “Be as loving as you can with your own pets but don’t let dogs kiss you in the face. Also, wash your hands. We buy hand sanitizer by the gallon.”

“Adequate hand hygiene is the best defense to avoid exposure to such infections,” Dr. Goyal says. “Wash your hands frequently with soap while scrubbing for at least 20 seconds and make sure you build up a good lather … Washing your hands thoroughly with soap and water can keep you from catching many diarrheal and respiratory illnesses.”

Learn more about the infectious disease services we offer at Mercy Health.