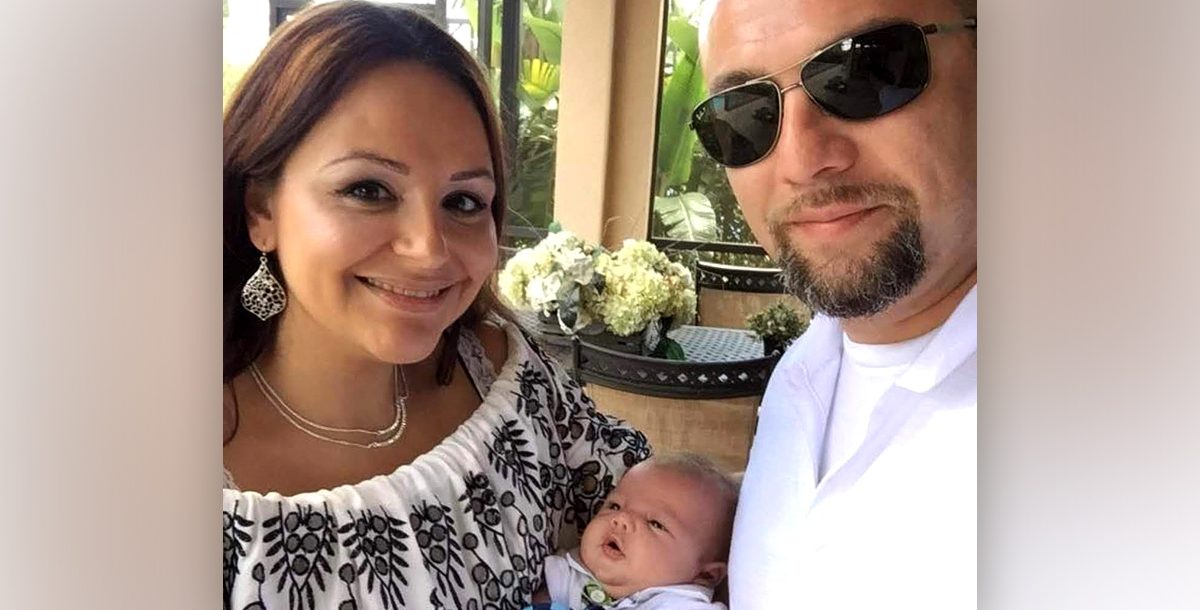 Heladio Contreras was born with a life-threatening disease of his aortic valve and the first portion of his aorta that required him to undergo surgery as an infant. At 42 years old, he felt his health start declining as his heart was failing. He had been living with chronic fatigue, headaches and a cough.

“I suffered from these symptoms every single day for the last two years,” Heladio shares. “The last six months it started getting worse. I would wake up in the morning and cough up blood.”

Heladio finally scheduled an appointment to see a doctor. However, before his appointment date, another major issue occurred. He woke up one morning out of a deep sleep with pain in his chest and in his left arm.

“I’ve never had a heart attack, but just from watching movies I knew that’s what it was,” he says.

After being taken to the emergency room, the care team found Heladio’s troponin levels, a chemical released when having a heart attack, was at 73, with six and under being a normal level. He went in for a CAT scan and chest X-ray, and was immediately transferred to Mercy Health—St. Vincent Medical Center for open-heart surgery.

“It was a lot worse than they thought,” Heladio reveals. “The condition of my heart was very bad. Dr. DiBardino installed an aortic mechanical valve and had to perform a complex enlargement of the aorta. When they went to take me off bypass, I coded, and they immediately brought me back. They then realized they couldn’t take me off bypass or I was going to die.”

To help keep him alive, Heladio was placed on ECMO, a new service offered at St. Vincent Medical Center. ECMO is a life support machine for patients who have illnesses or conditions that prevent their heart and lungs from working properly. The machine essentially replaces the function of these organs, allowing them to rest and recover.

“ECMO is a last resort. It is the highest and most serious form of life support, even going way beyond the life-saving mechanical ventilators with which most people are more familiar,” Dr. DiBardino shares. “Heladio would never have made it out of the operating room without it. As his cardiac surgeon and having specialty training in ECMO, I was able to use it long enough to recover his heart and save his life.”

Dr. DiBardino adds, “these are the toughest situations we face. I was performing a redo operation from Heladio’s initial operation as an infant. During it I had to enlarge and replace the first portion of his aorta and aortic valve. His heart function was very weak. But he was young and strong, and I was not going to lose him without a fight. I had performed the surgery to the best of my ability and now it was up to his heart to recover. For me, it was a no-brainer decision to execute ECMO support.”

Heladio was on ECMO for five days to give his heart the time it needed to heal. However, when he first went on it, Dr. DiBardino knew that Heladio had a flip-of-a-coin chance at survival.

“They brought me out of an induced coma and took the breathing tube out, it was a successful surgery,” Heladio shares. “ECMO saved my life. If it wasn’t for ECMO, I wouldn’t be here. I am four weeks out of surgery and having a great recovery.”

After being taken off ECMO, Dr. DiBardino installed a defibrillator to watch and help Heladio’s heart.

“I haven’t had a headache, cough or fatigue since the surgery,” Heladio says. “St. Vincent Medical Center was amazing. The nurses and doctors were extremely caring with me. I was in there, scared, and they made me feel better. They treated me like I was their brother or son. Most of all, Dr. DiBardino saved my life. I am very grateful that I’m still alive. I can’t ever repay those people for what they did for me. But I just wanted to say thank you.”

Dr. DiBardino and his team became tearful and emotional when they saw Heladio back in the clinic recently. Heladio remembered that Dr. DiBardino has a 3-year-old boy, so he brought him a toy hockey game to play with his son.

“I think about Heladio and his family whenever we play hockey with that game at home,” Dr. DiBardino shares. “It is these moments that make all the years of training and schooling worthwhile.”

Learn more about all the heart and vascular services we offer at Mercy Health.