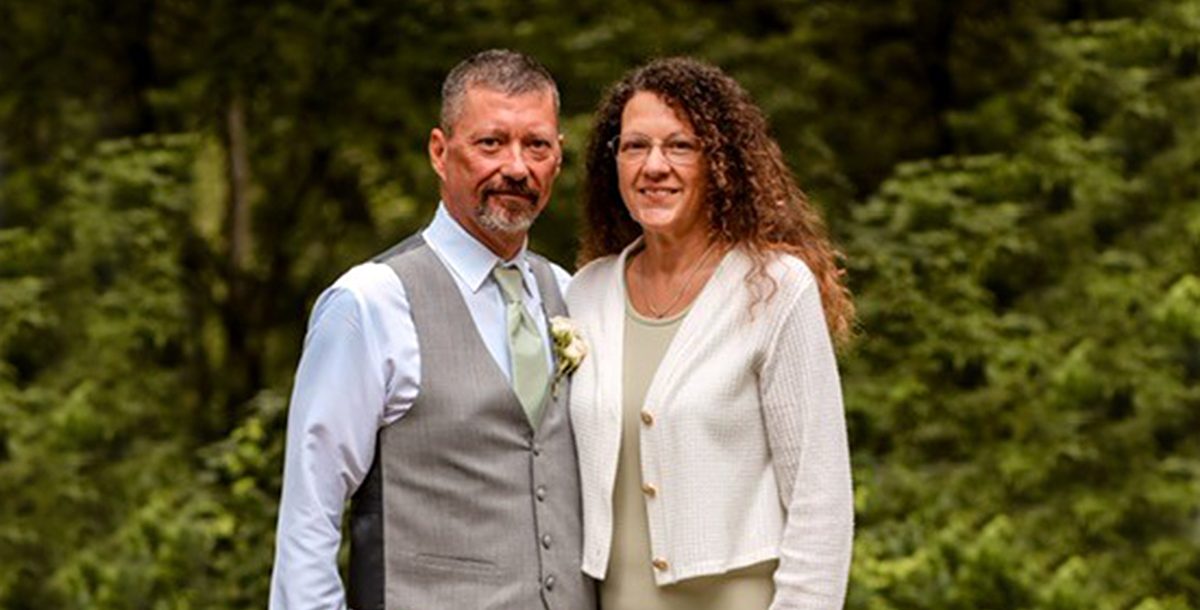 Married couple Tom and Shelly White were both overweight and tired of feeling unhealthy.

“I couldn’t go for a walk because my feet would hurt so bad,” Shelly recalls. “It didn’t matter what I did, riding a bike, treadmill, lifting weights. So, I stopped doing everything. Diet after diet after diet, gym membership, the whole thing.”

Tom adds that he too decided he was done living life this way.

“I was tired of being overweight and I just knew it was time to do something about it,” he shares.

The couple had heard good things about Mercy Health Weight Management Solutions as well as bariatric surgeon, Gregory Johnston, DO. Eventually, Shelly had gastric bypass surgery, which helps you lose excess weight and reduce your risk of potentially life-threatening, weight-related health problems. Tom then underwent the gastric sleeve procedure, which removes 75 to 80 percent of the patient’s stomach. It is now the most commonly performed bariatric procedure in the world.

Tom didn’t have any complications and shares it was a quick and easy process. Shelly needed some time to adjust after her procedure, but quickly learned how to adapt.

“I had to watch my fluids and watch what I was eating,” she shares. “It did take several weeks to get back to regular food. It’s all about learning to eat all over again.”

Dr. Johnston shares that both Tom and Shelley have been a pleasure to work with.

“To see them succeed as a couple was the greatest part of the process,” he adds. “They now have a new life, are more active and have newfound motivation. Their biggest key to success was the dedication they have shown to not only losing weight but also regaining their health.”

Overall, Tom and Shelly are both very impressed with the care they have received.

“All the doctors and nurses were excellent and took really good care of me and my wife,” Tom says. “My wife was down in a different room and they said I could go down and see her whenever I wanted to. I tried walking down to her room but couldn’t make it, so the put me in my recliner and wheeled me down to her room so I could sit with her.”

He adds, “they did a great job while we were in the hospital. Even when we got home, they would call and check in on us and work with us if we needed anything. They are really good people.”

Tom and Shelly have been so excited to get back to normal life and do the things they want to do.

“Now I have so much more energy, like when I was younger,” Tom shares. “My wife says I need to slow down, I’m always doing something now and I missed that.”

Shelly is excited to ride her bike and walk now without her feet hurting. They both want to encourage other people struggling with their weight to get the help they need.

“This process really does work,” Tom says. “Yes, you still have to watch some of the foods you eat and not everything you used to eat will agree with you, but it is worth it in the long run. I’m not even a year out and I’ve lost more than 130 pounds.”

Shelly adds, “I tell people that you might have a rough go, but in the end it’s going to be worth it. You just got to keep going, give it a good five to six months, and you’ll get through the tunnel.”

Learn more about the weight loss services we offer at Mercy Health.