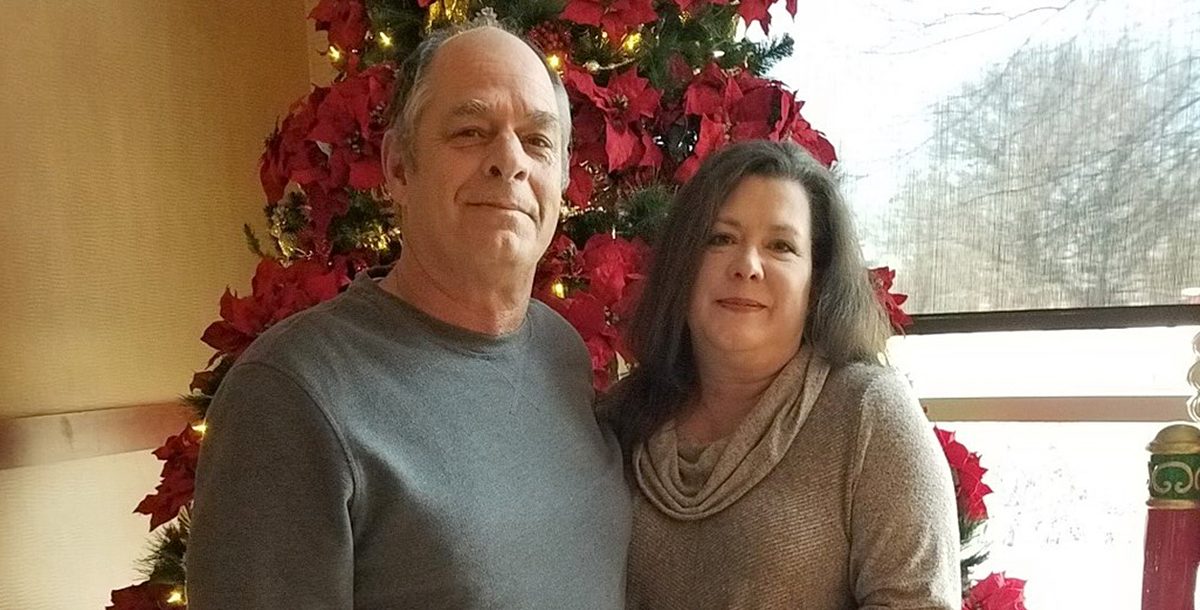 Michael Price, 60, had successfully battled addiction and lung cancer. However, he’s been recently challenged with cancer spreading into his brain. But he shares it’s a culmination of his trust in the Lord and Suketu Patel, MD, that are helping him over this hurdle.

At the time of his diagnosis, Michael was being relocated the Toledo area with his role in the Salvation Army. Before moving, his doctor recommended comprehensive testing like blood work and a cholesterol check. And as a former smoker, a low-dose CT scan was also recommended for Michael.

Michael’s doctor called him within 24 hours and gave him the devastating news that she saw a spot on his lung. Ultimately, Michael and his doctor made the decision to remove the lower lobe of his left lung.

Following Michael’s recovery from surgery, he learned his disease was more advanced than originally thought. But he ultimately had chemotherapy, radiation treatments and was deemed in remission. Michael had a clear scan before taking a trip with his wife and a group from the Salvation Army to the zoo. There, he suddenly fell and suffered a seizure.

“I was taken to Mercy Health – St. Vincent Medical Center where they performed comprehensive testing to understand what was going on,” he shares. “I later learned that my lung cancer had metastasized to my brain. The worst thing you can hear is that your lung cancer has spread to your brain. But with Dr. Patel, his upbeat attitude and Gamma Knife, we’re going to get through this.”

Gamma Knife™ radiosurgery is a noninvasive treatment for people with brain tumors, abnormal blood vessel formations called arteriovenous malformations, epilepsy, a nerve condition that causes chronic pain called trigeminal neuralgia and other neurological conditions. Gamma Knife is the most precise radiation treatment technology available and is very important when it comes to treating intracranial diseases, like Michael’s where treatment for multiple tumors is needed while sparing areas of healthy brain in between.

“The Perrysburg Cancer Center is great; everyone has been very good and I wouldn’t have traveled anywhere else,” Michael says. “I had a neurosurgeon and radiation oncologist, Dr. Patel, along with a physicist and two nurses that went over my care plan from when my treatment started. The Gamma Knife procedure was painless, I was able to get up by myself. I occasionally experience fatigue in my legs, which happened during radiation therapy as well, so I just have to be cognizant that my legs are underneath me.”

Michael adds, “I won’t see Dr. Patel for a few more months but I’ll probably call him 10 times in between, but that’s OK  because he said to call him anytime.”

Learn more about Gamma Knife™ Radiosurgery and other cancer care services we offer at Mercy Health.