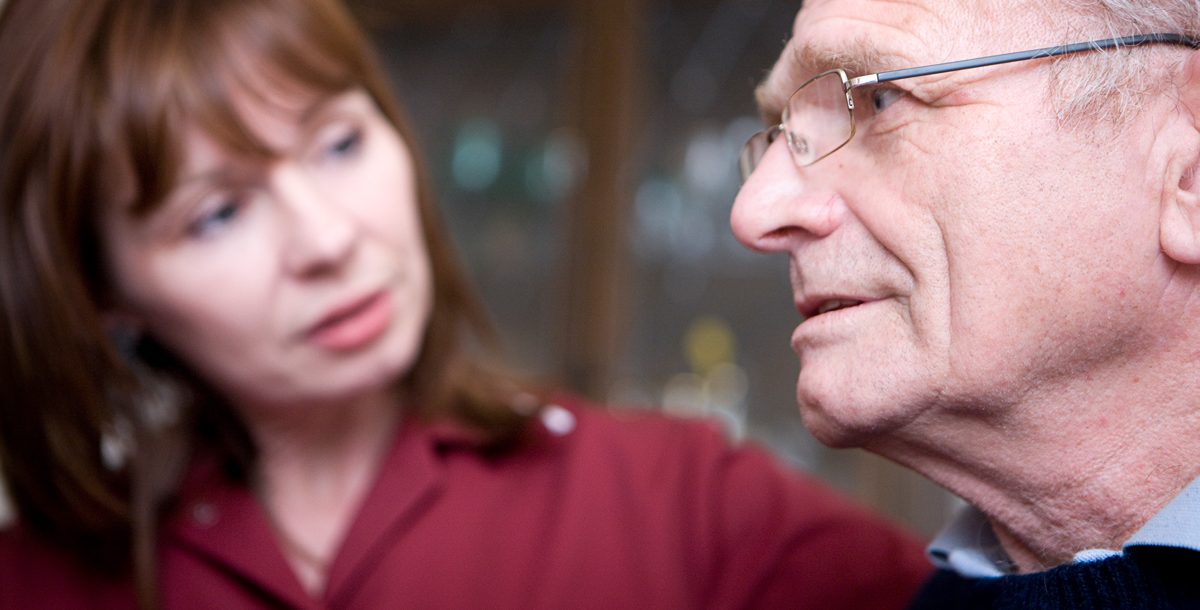 That night, he woke up in what he describes as the most pain he’s ever experienced. The pain started in his left groin and radiated down his leg. Bill’s wife rushed him to the emergency room and the doctor quickly admitted him to Mercy Health – Urbana Hospital. After a series of tests and a transfer to Mercy Health – Springfield Regional Medical Center, the then 68-year-old saw Dr. Luke Onuorah, MD, MPH, an infectious disease specialist.

It was determined Bill was suffering from osteomyelitis, or a bone infection. He also had an infected prostate as well as a bladder infection he had been diagnosed with a week prior. Dr. Luke, as Bill calls him, also discovered an abscess near his pelvic bone. It was decided that Bill would need to undergo surgery to remove it.

The day of his operation, a chaplain came to visit Bill. She prayed with him and Bill was able to express his worries about his health.

“It was so powerful,” he says. “It just fit in perfectly with all the other good things I felt and experienced at that hospital.”

The other “good things” being the hospital staff going out of their way to go the extra mile for him. Bill says he couldn’t walk or get out of bed after his surgery. He needed help with the slightest tasks, and the staff was always there. Most of all, they were kind to him at a time when he needed it most.

Bill was discharged from the hospital on November 24, the day Ohio State played its annual rivalry game against Michigan. When Bill got the news, he was ecstatic but had some stipulations.

Bill cheered his Buckeyes on to victory and went home just in time for the holiday season. However, he did not forget about the compassion he experienced during his hospital stay.

As a thank you during Christmas time, the whole Minken family baked an abundance of cookies and delivered them to Mercy Health – Springfield Regional Medical Center staff. This was one of many ways Bill has been able to express his gratitude for the care he received.

Visit Mercy.com to learn more about our health services.