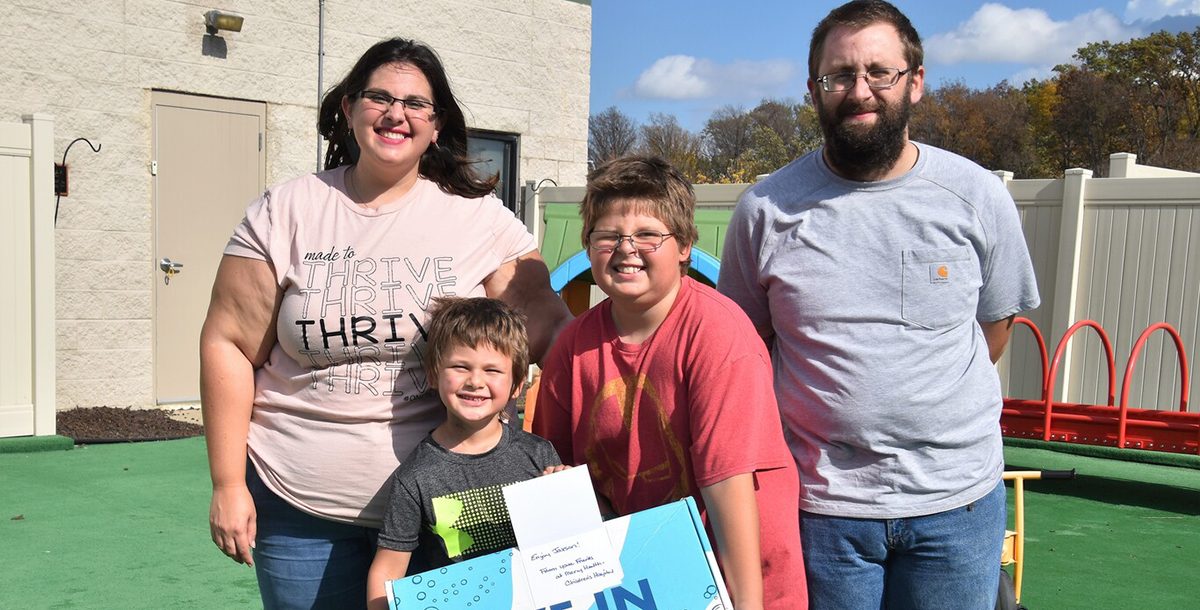 When Jaxson Ferguson was just three years old, he developed a rare tumor on his neck. His family was told that had it not been removed, Jaxson would have likely died in his sleep. 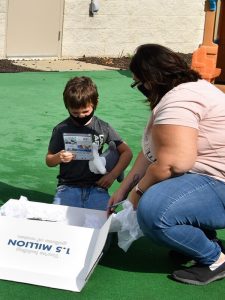 Thankfully, the lump, which was eventually diagnosed as synovial sarcoma, was successfully removed. After several months of treatment at Mercy Health – Children’s Hospital, Jaxson is now in remission.

While this brave little boy was getting back to normal, the onset of the COVID-19 pandemic postponed his trip to Disney World for at least two years. Around this same time, Children’s Hospital was approached by the Clearwater Marine Aquarium. They were looking for someone to help them celebrate the opening of their new Stone Dolphin Complex. Jaxson came immediately to mind.

Clearwater Marine Aquarium is home to dolphins Winter and Hope. They were both made famous by the movies Dolphin Tale and Dolphin Tale 2. Winter has a prosthetic tail to help her swim and so many children who are facing challenges of their own relate to her courage.

The Florida-based aquarium reached out to many children’s hospitals across the country and invited their special guests to experience the dolphins’ brand-new habitat via virtual reality.

“The fact that Winter has gone through so much and overcame every obstacle that has come her way is such an inspirational story for anyone. People are able to relate to the fact that if she can do it, so can they,” shares Brooke Bowersox, a trainer at Clearwater Marine Aquarium. She adds that the virtual reality that Jaxson experienced will hopefully make him feel like he’s right there with the dolphins. 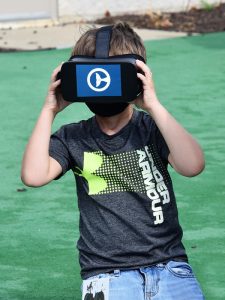 “You do actually feel like you’re in the water with the dolphins and they’re very up close and personal, so it’s really exciting,” Brooke shares.

In a special, socially distant surprise, Hugs, the Mercy Health – Children’s Hospital hippo mascot, presented Jaxson with a gift box from the aquarium that included a plush Winter toy, the virtual reality goggles and a gift certificate for Jaxson and his family to fly to Florida to visit Winter and her friends when the timing is right.

“When they asked us if we would be interested, I instantly said yes,” says Ashley Ferguson, Jaxson’s mom. “Jaxson loves fish. We have pictures of him at the zoo laying on the ground and watching the fish in the big aquarium.”

Jaxson is one of Mercy Health – Children’s Hospital’s Children’s Miracle Network children and is a 2020 champion child. He loves animals and spending time at the Toledo Zoo’s aquarium. And another fun fact about this special little boy?

“Jaxson has figured out how to do so many things on his own that he can now watch almost any show he wants to on TV. He is also not afraid to ask for popsicles or ice cream at 6 a.m.,” his mom says with a laugh.

Learn more about the health care services we provide at Mercy Health and find a provider near you.