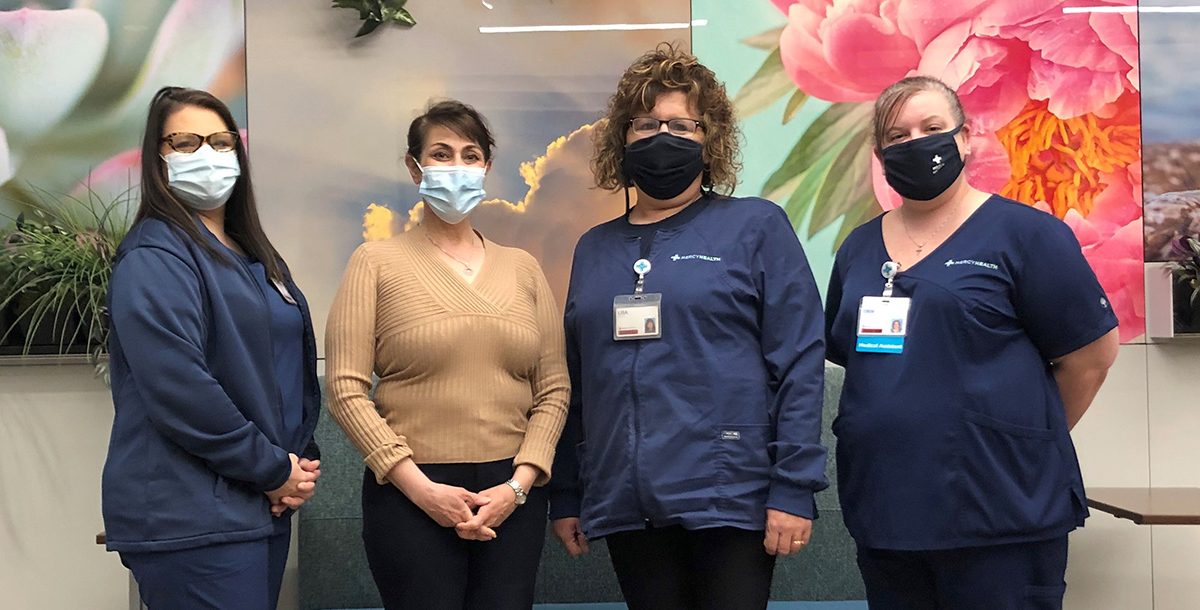 Suffering from pressure sores as a result of an unexpected hospital stay, Annette shares that she found herself at one point with little hope that she would ever heal. That is until she began treatment at a Mercy Health – Wound Care Center in our Toledo, OH market under Jaleh Eslami, MD.

“Dr. Eslami took the pain away, which took a tremendous amount of stress off of me,” Annette says through tears. “She’s so bright, positive as well as quick and her staff is so kind, encouraging and compassionate. It gives you hope.”

Annette suffers from osteoporosis. So, when a fall led to multiple breaks in her legs, she found herself in a local hospital for surgery. Unfortunately, the medical emergency meant that she ended up in an unconscious state for several weeks. When she woke up in a long-term acute care facility, she remembers only fear and pain.

Annette was diagnosed with a bilateral stage 4 wound on her backside. Because of the severity of her wounds and the pain they caused, she was unable to start her physical rehabilitation program right away. Also, because of where the wounds were located, she was unable to sit up and spend most of her days in bed on her side.

“Because of the pain, I couldn’t work on getting better,” Annette recalls. “I felt stuck. And I cried a lot and it was easy to give up hope.”

Misfortune hit once again as a fall from her bed led to Annette to suffering additional breaks of her ribs. Annette found herself back at the hospital, this time at Mercy Health – St. Anne Hospital.

“You have some super sweet nurses there, honest to goodness,” she says.

“When I met Annette, she was very much uncomfortable and in pain,” says Dr. Eslami. “Also, her wounds were severe. Stage 4 wounds are often characterized by damage to tissue, muscles and bones, and often involve muscle and bone that is exposed.”

After being discharged from St. Anne Hospital for her broken ribs, Annette received her follow up care from Dr. Eslami in the St. Anne Wound Care Center. Using advanced wound therapy, the team was able to heal the pressure ulceration and relieve Annette of her pain.

“A stage 4 pressure ulcer is a very devastating and debilitating disease. Approximately 60,000 people die from a stage 4 pressure ulceration every year,” Dr. Eslami says. “We were able to help Annette heal with advanced wound care. Annette’s participation and compliance with the regiment was critical to her success!”

Annette shares that Dr. Eslami immediately changed her course of treatment. Within days, her pain went away. After only about two months, the wounds progressed from stage four to completely healed.

“The staff there is amazing. They’re kind; they know you’re in pain,” Annette says. “Pressure wounds are ugly, sometimes they stink. It can be humiliating and embarrassing. They treat you nicely and are just kind and seemed to care. And they made you feel like you’re an equal. They never made me feel like it was my fault. They were compassionate, empathetic and kind.”

Learn more about the wound care services we offer at Mercy Health.