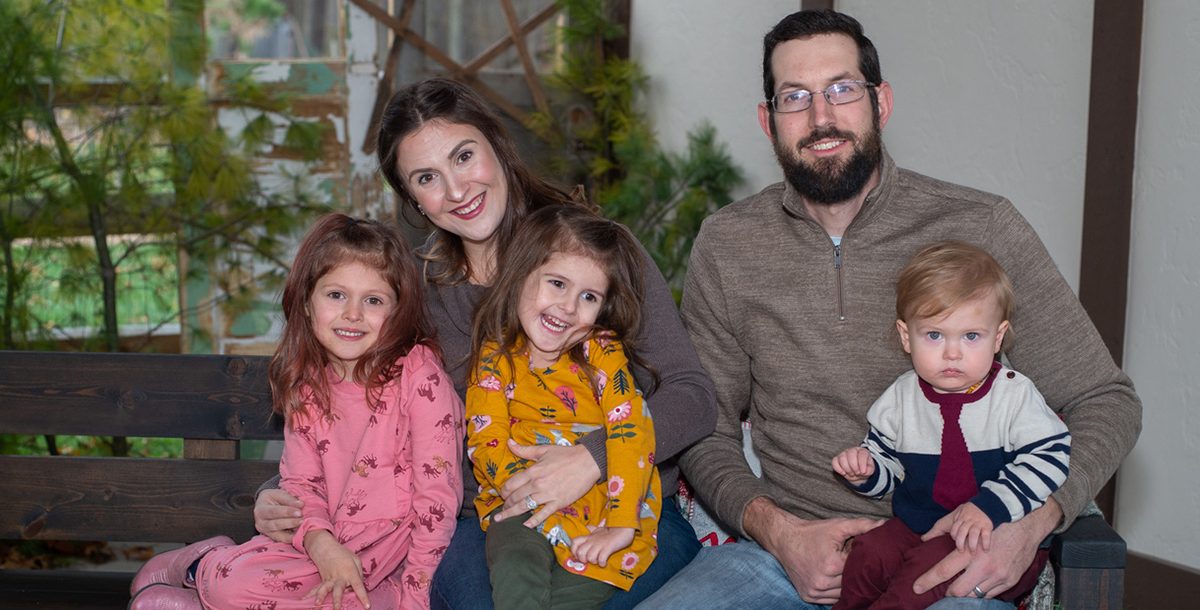 “They Went Above and Beyond”: Delray’s VBAC Birthing Journey

Some women who have previously had cesarean births want the option of having a vaginal birth for their next delivery. This birthing option is called a vaginal birth after c-section, or VBAC.

Delray Busch (pictured with her family above), 31, a mother of three from the Toledo, OH area, was initially interested in VBAC. After researching and reviewing her options, she was certain it was something she personally wanted to peruse.

From there, Delray found Mercy Health – Women’s Health Physicians and Midwives. Working closely with the midwifery team, she was able to deliver two of her children naturally.

“My most recent VBAC was with midwife Leah Kapela,” Delray shares. “I received excellent consent-based care and the midwives always made sure I knew what was going on during delivery. They went above and beyond to make sure I felt safe.”

“It is very important for birthing people to be an active participant in their care and that includes decisions about their mode of delivery,” says Leah. “Many people still think, “once a cesarean always a cesarean,” when in fact there are many cases when a vaginal delivery can be considered. It is many women’s preference to attempt a vaginal delivery after a cesarean. When successful, this is associated with decreased complications for mother and baby.”

According to the American College of Obstetrics and Gynecology, it is recommended that VBAC be offered at facilities that can perform emergency deliveries. As a Level 4 Maternity Care Center, Mercy Health – Women’s Health Physicians and Midwives can offer VBAC deliveries to those who are safe candidates.

There are several factors that increase the likelihood of a successful VBAC such as having had a previous vaginal delivery, spontaneous labor and a nonrecurring indication for the initial cesarean such as breech presentation. In turn there are factors that decrease the chance of success, such as the previous cesarean performed for an arrest of labor disorder, higher maternal body mass index and high birth weight.

“During the prenatal period we address all factors and use a scoring system as well as a consultation with one of our collaborating physicians to help birthing people make a fully informed decision,” Leah explains.

Birthing people who achieve VBAC have shorter recovery periods than those who have a repeat cesarean delivery, as well as lower rates of hemorrhage, infection, and decreased scarring that may complicate future pregnancies. However, an unsuccessful VBAC is associated with increased maternal and perinatal morbidity. This is why it is so important to determine appropriate candidates for this mode of delivery.

“If you choose to attempt a VBAC delivery with our team of Certified Nurse Midwives, we perform routine prenatal care services, ongoing labor support, delivery of your baby and postpartum care all while working collaboratively with our OB/GYN colleagues,” Leah says.

Learn more about the maternity care services we offer at Mercy Health.