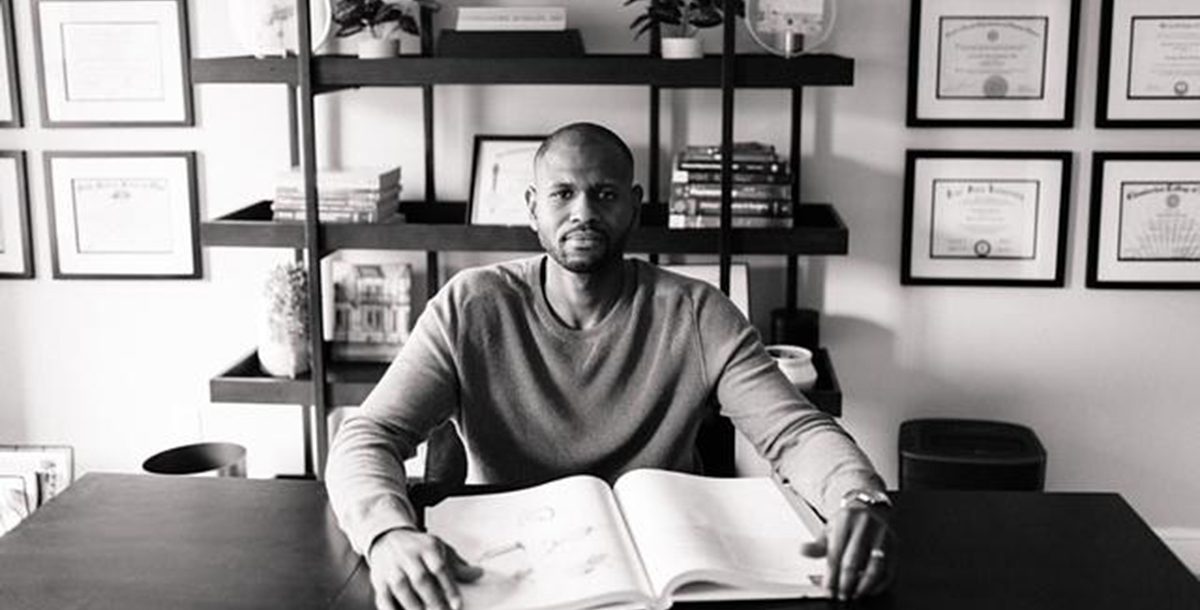 A Doctor’s Journey from Haiti to Ohio

The Mahoning Valley is where Consandre Romain, MD, built his American dream. Born in Port-au-Prince, Haiti in 1985, Dr. Romain spent much of his childhood playing alongside his siblings and celebrating their Caribbean culture.

“I remember sitting in my uncle’s primary care clinic, watching him take care of people,” Dr. Romain recalls. “We always went to Mass on Sundays and traveled to see nearby relatives. We were close with our neighbors. In fact, I still talk to the family we lived across the street from.”

He continues, “we didn’t have running water or electricity in our house growing up. I remember riding my bike around our neighborhood and seeing United Nations helicopters hovering, dropping aid packages.”

When Dr. Romain was 9 years old, his mother, Rose Marie Romain, left Haiti to attend her brother’s funeral in the United States. Though neither of them knew it then, they would not be reunited for eight years.

The family matriarch spent the next decade working multiple minimum wage jobs to finance green card applications and immigration lawyers for her four children and husband. In 2002, Dr. Romain finally joined his mother in the U.S. and completed his high school education.

Dr. Romain’s permanent residency application was approved in 2004. It was then that he began his undergraduate education with the intent to pursue medical school.

Rose died after a brief illness in 2008. She passed away two days before Dr. Romain, her eldest son, sat for his interview at Howard College of Medicine.

“She was never home; she easily worked three or four jobs at a time,” Dr. Romain shares. “She went into the hospital with pneumonia and never made it home. She had two strokes and was nonverbal, but I remember getting to tell her I had an interview. I’m glad she knew.”

He would begin medical school at Howard University later that year. While in school, he completed two medical missions in Haiti – one after the 2010 earthquake – and discovered his passion for surgery.

In 2013, Dr. Romain started a five-year general surgical residency at Mercy Health – St. Elizabeth’s Youngstown Hospital. He became a husband and father during his residency. As he planted roots in the Mahoning Valley, he decided to begin his practice here.

Dr. Romain noticed a need for endoscopy and endoscopic retrograde cholangiopancreatography (ERCP) this community. These specialty procedures use a camera and X-rays to help physicians view and treat problems with certain internal organs.

He recalls that as a resident, it was so frustrating to see patients wait for an unreasonable length of time for routine procedures like ERCPs.

“Sometimes we would have to transfer people out of the health system completely, which separated very sick people from their loved ones,” Dr. Romain shares. “I just felt like if I could learn to do some of those procedures we weren’t offering at the time, I could make a difference here.”

Dr. Romain makes a difference daily as he serves the Youngstown market. One day he might retrieve obstructive gallstones that would have sent a patient 50 miles away three years ago. Other times, you’ll find him assisting middle-of-the-night trauma teams or responding to surgical emergencies.

Despite a lifetime of experiences that could have hardened his heart, Dr. Romain is known for his kindness and reverence for life. It seems fitting that he would be called to serve in our Youngstown market, an area known as the “Steel Valley.” Like the people of Haiti, the people of Youngstown have a reputation for cultivating strength through adversity – just as the strongest steel is forged by the hottest fires.

Learn about the health care services we provide at Mercy Health.