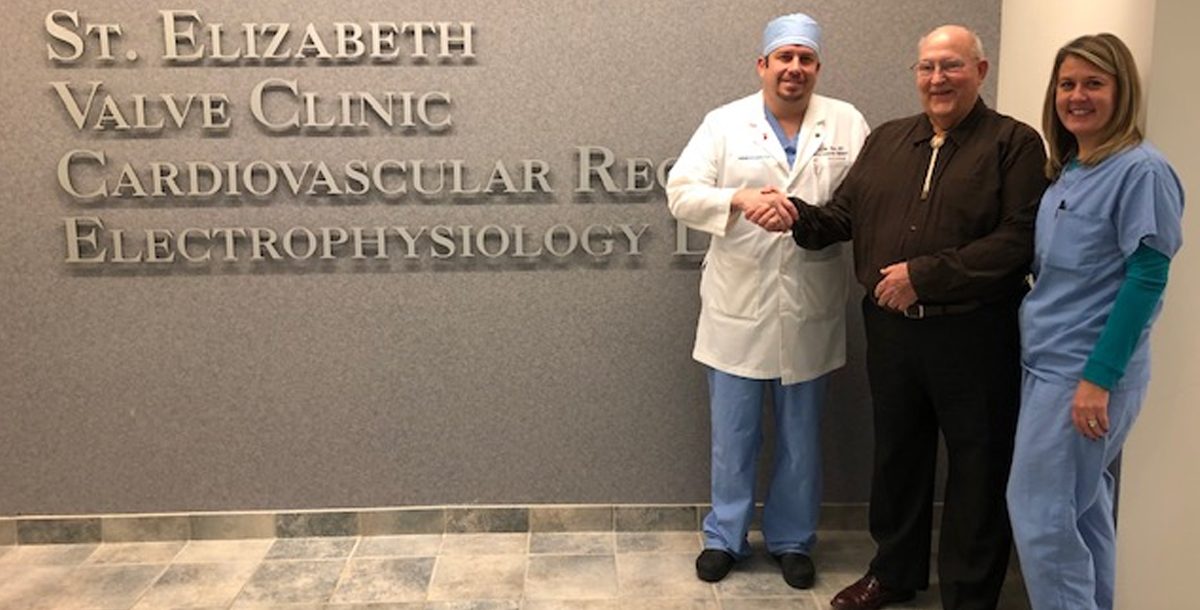 William Gets a New Heart Valve

For years, William Romine had been trying to figure out the root cause of his health issues.

After two years of going through the same tests with different doctors, he was beginning to feel “like a ping pong ball” being passed around.

William was suffering from chest pains and fatigue, both of which were making it harder for him to function day to day. Eventually, all of this landed him in the emergency room at St. Elizabeth Youngstown Hospital.

With a history of heart issues, William was put on Coumadin to thin his blood and reduce his high blood pressure which was causing him to pass out.

Following a more recent trip to the emergency room, Lucas Henn, M.D., a Mercy Health cardiothoracic surgeon visited William to tell him he had found the problem. William needed a new heart valve.

“It was like the all the weight of the world has come off my shoulders,” William says about hearing the news. “Finally, finally somebody found out what my problem was.”

William Romine underwent a minimally invasive procedure called transcatheter aortic valve replacement, or TAVR. During this procedure, a cardiologist applies direct therapies to the heart via catheters that are placed in various arteries.

TAVR aims to treat aortic stenosis. It provides patients considered too weak to undergo open heart surgery the opportunity to repair their aortic valve. The goal of the procedure is to reduce hospital stays, provide relief from symptoms, cause less pain and anxiety as well as improve the patient’s quality of life.

William felt at ease with the process, something he attributes to the Mercy Health care team overseeing seeing him. He specifically gives a shout out to Jocelyn Kimmel, RN.

“She helped to calm me down,” William recalls. “She told me what doctors were going to do and how they were going to do it. Additionally, how long I was going to be out for as well as the approximate time I’d go home.”

He credits Jocelyn with working to keep him in the loop, a contrast to the care he had previously received.

Since his TAVR procedure, William feels he has gained “a new lease on life.” After a quick stay in the hospital, he was back home in no time.

Learn more about the heart and vascular services offered at Mercy Health.