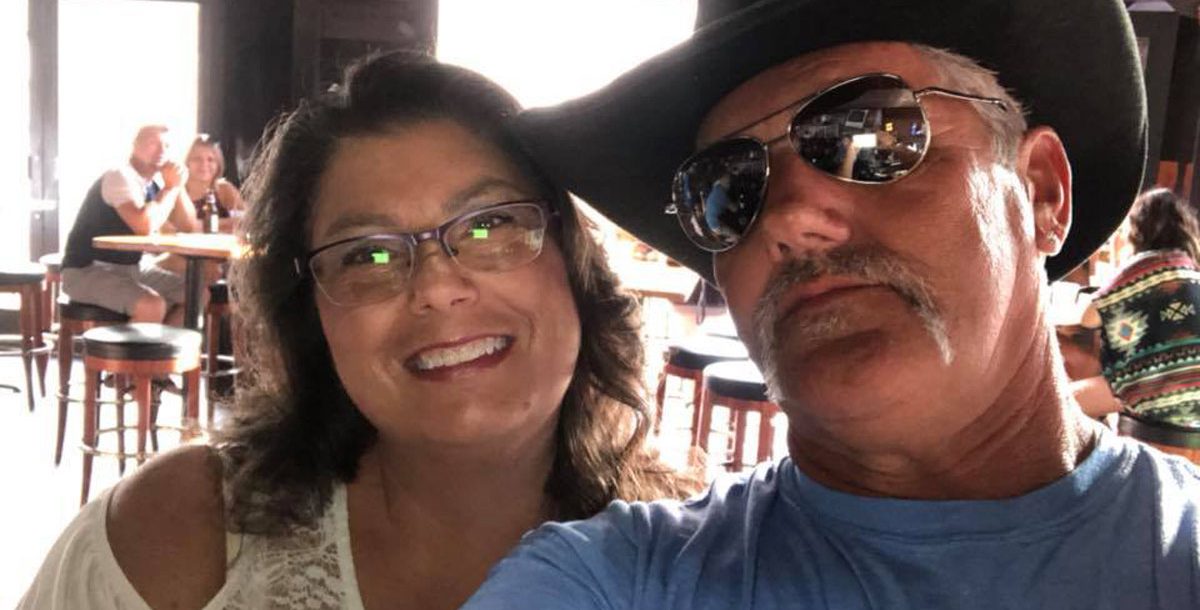 Read Linda’s firsthand account of Jim’s stroke journey as well as his road to recovery.

On June 24, 2019 it felt like the rug was pulled out from under us. Especially for my husband, Jim. Around 9:00 p.m. Jim walked out of the garage and I heard a large crash. I went out to find Jim laying on the floor trying to get up.

Not knowing what was wrong, I tried to get him up but couldn’t. He wouldn’t talk to me either. After trying several things, I asked him to squeeze my hand using his left hand… and he did. I tried the right hand and nothing happened. I knew then that Jim was having a stroke.

We didn’t know if he was going to survive that night or what our lives would be like if he did. He was diagnosed with a hemorrhagic stroke, or a brain bleed. There is no treatment or cure for it, which was devastating to hear. Jim spent one night in intensive care unit (ICU) and 4 days in the step-down unit.

Jim couldn’t talk at all, nor move his entire right side. This meant not being able to walk or even sit up by himself. He was also evaluated on his ability to chew and swallow, so he was put on a soft diet with meat that was ground up. Communication was very difficult, and we had to try many different things to find what would work. We made signs, blinking, and squeezing my hand. The issue was he had suffered brain damage due to the stroke, so his cognitive thinking was off as well.

On day five he was moved to the acute rehab unit where he would stay for the next five weeks. Jim endured four to five hours of therapy a day that included physical, occupational and speech therapies. He had to learn to walk, talk, think and comprehend simple tasks. Jim wanted his therapy and worked extremely hard.

I chronicled the physical and occupational therapy by videotaping it. At first this was just for our kids to see since they weren’t there all the time. Later, it became motivation for Jim to see how far he had come and where he needed to concentrate further. The therapists even started looking at them to see if he was turning his ankle or how he needed to turn better. I also posted them to Facebook so the extended family and friends could keep up with his progress. He had a large fan base that was praying and cheering him on.

This was hard on both of us. Before his stroke, Jim was extremely independent and was very strong. Now, he depended on everyone else for a lot of things including getting dressed, going to the bathroom and even standing up. The mental and emotional part of this was just as hard, if not harder for this recovery.

As a caregiver, I was there throughout the entire process. I stayed at the hospital for the first three weeks because he needed an advocate and someone to be there all the time if he needed something. I wasn’t sure he could find the button to call the nurse. That’s what we were dealing with initially. We were a team and we were going to get through this together.

As each week came and went, Jim got stronger. He started to move his right leg and they began working with him on standing, then eventually walking. Vocally, the therapist worked hard to teach him how to speak again. I will never forget him saying “I Love You” for the first time.  They literally worked on every part of his body to reteach his brain to make a new connection to move each part. They also worked on his cognitive thinking.

We can’t say enough about the care and therapy Jim received at Mercy Health. The therapists worked very hard to get Jim back as much as possible to where he was before.  On August 1, 2019 Jim walked out of the hospital and we went home. It was unheard of how far he had come. It was his will and persistence to get better that got him to where he is today. He has regained 90% of his abilities back. He isn’t the way he was before, but we’ll take it. He’s still here and he’s functioning extremely well considering what he went through.

Jim’s stroke came as a shock to a lot of people, including his doctors. It is important to know the risk factors that can lead to a stroke, look for the signs and listen to your doctors. But if you find yourself in our shoes, remember one thing… never give up!

Learn more about the stroke care and services offered at Mercy Health.