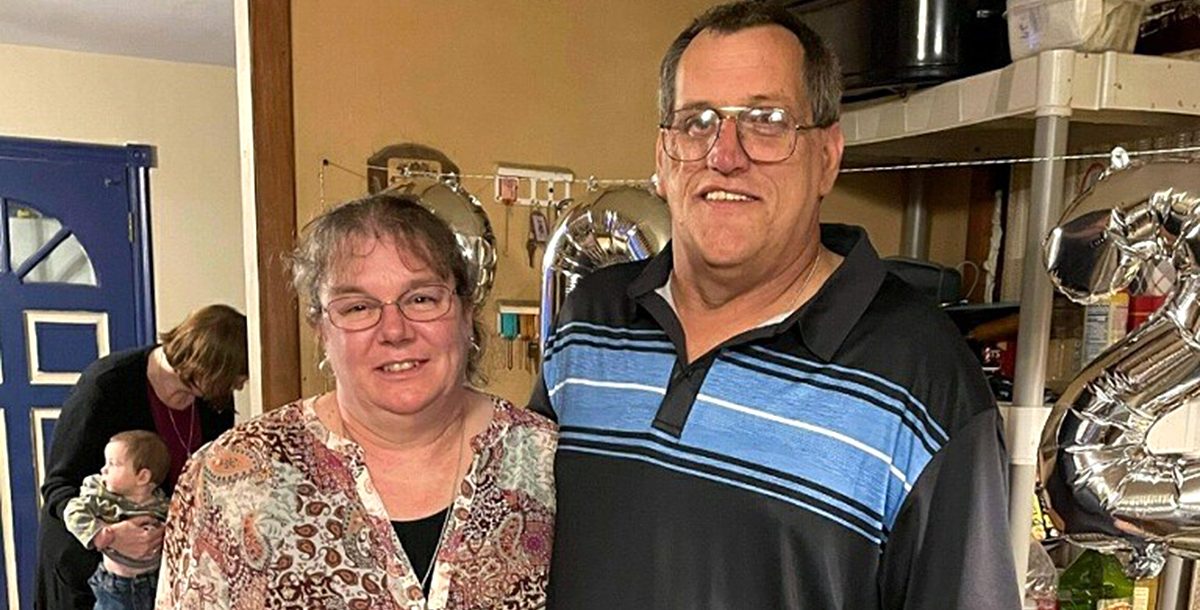 Changes in Screening Eligibility and Family Pressure Save Bob’s Life

Bob Bomgardner, 54, made what turned out to be a potentially lifesaving appointment with his primary care doctor, Bradley Albertson, DO, (pictured left) at the urging of his family.

“I developed a pretty bad cough,” Bob recalls, who smoked two to three packs of cigarettes a day for more than 40 years

“Needless to say I was a heavy smoker, but my cough had changed. My wife pushed me to make an appointment and involved the kids to move me along.”

While the screening was brief, what it discovered would change Bob’s life.

“The screening found two nodules, one very small one on my left lung and one larger one on my right lung,” Bob shares. “Things moved really, really quickly after that. They sent me to see medical oncologist Dr. Wederson Claudino (pictured right) and from there I went to see cardiothoracic surgeon Dr. Robert Poston (pictured left).”

Within a matter of weeks, Bob underwent minimally invasive, robotic-assisted surgery to determine what was on his lungs. Dr. Poston explained that he would take a biopsy of the nodule on Bob’s right lung and remove the upper lobe of the lung if it turned out to be cancerous.

It was cancerous, and Dr. Poston also found that a large part of Bob’s right lung was badly affected by emphysema due to damage caused by smoking. Bob ended up having two thirds of his right lung removed. His left lung was fine.

“I spent four days in the hospital and after about the first week, my recovery was pretty good,” Bob says. “I was up and around and I’m doing really well. My oxygen saturation is wonderful, so I don’t need to be on oxygen. Also, I quit smoking!”

During surgery, Dr. Poston removed 20 lymph nodes around Bob’s lungs and all of them were clear, meaning that Bob’s cancer hadn’t yet spread. Bob was diagnosed with stage one lung cancer, the earliest, most treatable stage. Because of this early diagnosis, he didn’t need to undergo chemotherapy or radiation.

Bob will have a CT scan every six months for the next two years, followed by yearly scans to ensure he stays in good health.

“Dr. Poston said my wife saved my life,” Bob says. “I’ve been fairly lucky. Everything went very well, and I benefitted from the earlier screening. If it wouldn’t have been done, I wouldn’t be here. And with finding the cancer so early, I was able to have my surgery robotically with only five small incisions instead of Dr. Poston having to open my chest. That really helped with my recovery.”

Additionally, Bob has only good words to say about his care team.

“In all honesty, Dr. Albertson, Dr. Claudino and Dr. Poston are three of the best doctors I’ve met in my life. They are absolutely spectacular. Dr. Poston came to see me every day in the hospital himself and the intensive care unit nurses at Lourdes Hospital were spectacular and kept my wife, Kimberly, looped in.”

Given everything he has gone through, Bob now has a different outlook on life.

“I appreciate my family, kids and grandkids more and I am making time to see my friends and family out of state. I want to go home and see my sisters.”

Bob also has a piece of advice for other smokers.

“Make that appointment. It’s scary, but it beats the alternative,” he says, a sentiment echoed by Kimberly, who says, “If you smoke, screen!”

If you are 50 or older, have a history of smoking over 20 years and if you currently smoke or quit within the last 15 years, you may benefit from an annual lung cancer screening. Using a CT scan, a radiologist can detect lung nodules that may be cancerous. Detecting lung cancer early can provide better health outcomes for patients. Talk with your primary care provider about lung cancer screening.

Also, if you currently smoke, we offer smoking cessation classes that can help you break the habit and lower your risk for developing lung cancer.

Learn more about lung cancer as well as the cancer care services we offer at Mercy Health.