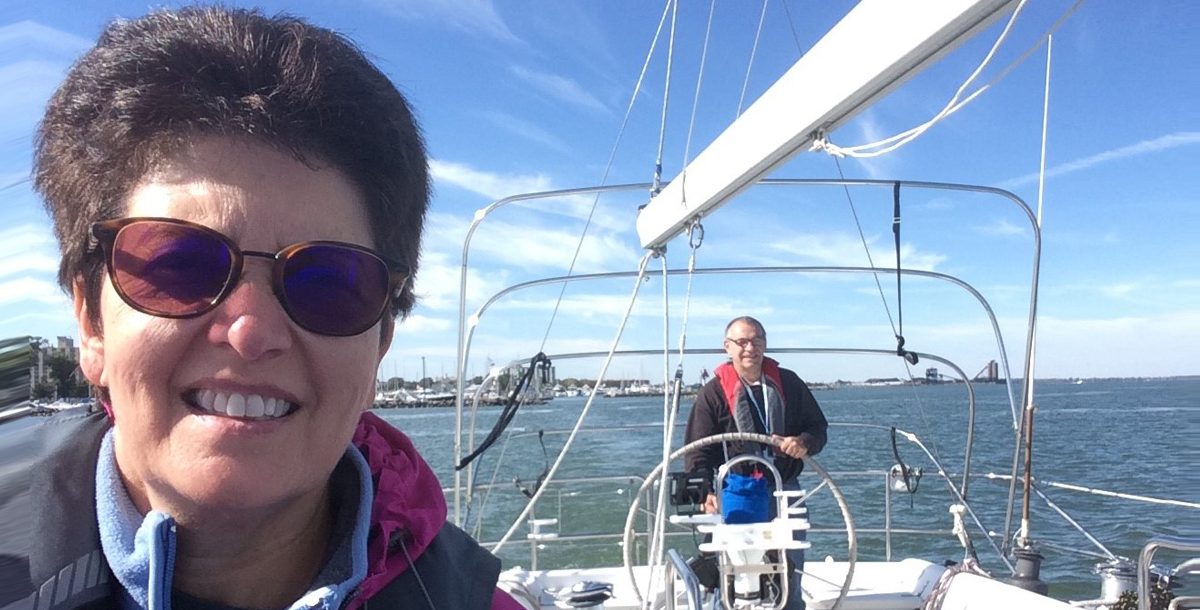 How a mammogram helped diagnose preinvasive breast cancer in a patient.

Isabelle Schram, has been getting her annual mammogram at Mercy Health – The Jewish Hospital Women’s Center for many years. With no family history and no symptoms or lumps, she expected her visit in June 2019 to be the same as every other.

This wasn’t the case.

Robert Lenoble, M.D., took additional pictures as Isabelle’s initial mammogram results were questionable, and he was readily available to go over the findings.

“We sat side by side in his office and we looked at the pictures,” Isabelle shares. “I’m the type of person who wants to understand things.”

Dr. Lenoble answered her questions and explained what options she had. He recommended a biopsy, and Isabelle remembers feeling worried and anxious. However, she appreciated the kindness of the whole team that helped put her at ease.

“The procedure was not painful,” Isabelle recalls.

The results of her biopsy revealed Isabelle had Stage 0 DCIS breast cancer, a preinvasive cancer that had not spread. The care team shared that this pre-cancer needed to be taken care of immediately, but that fighting pre-cancer has an extremely high success rate. Dr. Lenoble also explained the rest of the process, and Isabelle felt confident in the next steps of her treatment.

After consulting with her long time OB/GYN for a surgeon referral, Isabelle chose Lydia Hernandez, M.D.

“When I met her the first time, she was compassionate and very reassuring,” says Isabelle. “She sat by my side and, holding my hand, said, ‘Don’t worry. We’ll take care of that.’”

Isabelle’s radiation treatment was led by a talented team of Mercy Health partners from Oncology Hematology Care. They decided on surgery first and radiation to immediately follow using brachytherapy. Instead of aiming radiation beams from outside the body, this state-of-the-art device containing radioactive seeds is placed into the breast tissue where the cancer has been removed.

“You don’t know you are sick when you have this type of cancer,” says Isabelle. “It’s very weird, no symptoms at all, no lumps. That’s the beauty of early detection through mammograms.”

After 10 sessions in five days, Isabelle completed her treatment on August 30, just 10 days after her surgery. She had very little pain the following months and is beginning scar release physical therapy soon. She will continue her follow-ups at The Jewish Hospital Women’s Center.

During Isabelle’s treatment, no chemotherapy was needed. She feels well and just two weeks after radiation, she was back on her sail boat doing what she loves! Isabelle wants to encourage all women to schedule mammograms, just as she does with her closest friends.

“I feel like I can be a great ambassador and encourage women to do it,” she says. “Don’t skip any mammograms… go do it. Why would you take a chance of not going?”