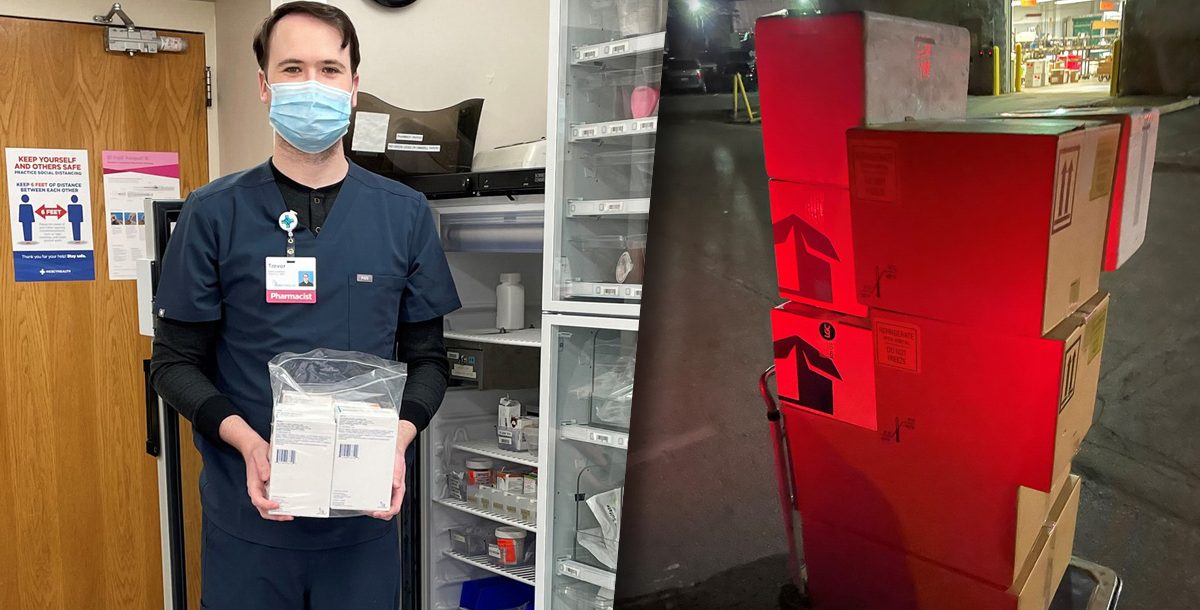 Trevor Goes the Extra Mile for Patients in Need

When changes in pricing promised to make purchasing insulin a hardship for diabetic patients in need, the pharmacy team at Mercy Health – Marcum and Wallace Hospital swung into action. They worked with Harness Health Pharmacy, the retail pharmacy solution of Bon Secours Mercy Health, to secure three month’s supply of insulin at a price that residents could afford.

However, the first order under the new program was due to arrive at Marcum and Wallace Hospital on Wednesday, March 3, just as rising flood waters were threatening to shut down the main road in and out of Irvine, KY.

“Twelve patients were waiting on this order and some were completely out of insulin,” says Lisa Patton, Marcum and Wallace Pharmacy Manager. “Pharmacist Trevor Freeman spent all day Wednesday tracking the shipment, but they couldn’t deliver it because of the weather.”

Finally, a truck with the insulin had a scheduled delivery time of 4:30 p.m. on Wednesday. But the truck broke down, meaning the shipment would be delayed until the next day.

“The insulin is good for 33 hours once it’s packaged to get to us. A delay of one day would ruin it,” says Lisa. “Knowing how the lack of insulin could affect those 12 waiting patients, Trevor drove to Lexington, KY before the shipping company closed at 9 p.m. to pick it up. While there, he learned that there were several other packages holding for delivery to Marcum and Wallace’s lab and he brought it all back.”

His car loaded with coolers, Trevor drove straight back to Irvine to refrigerate the insulin. The team has since been working to get it to grateful patients.

“Getting it in the fridge was the key thing,” says Lisa. “Once it’s cool, it is good to go. Trevor always goes above and beyond and this is just one example of the lengths he will go to care for our patients.”