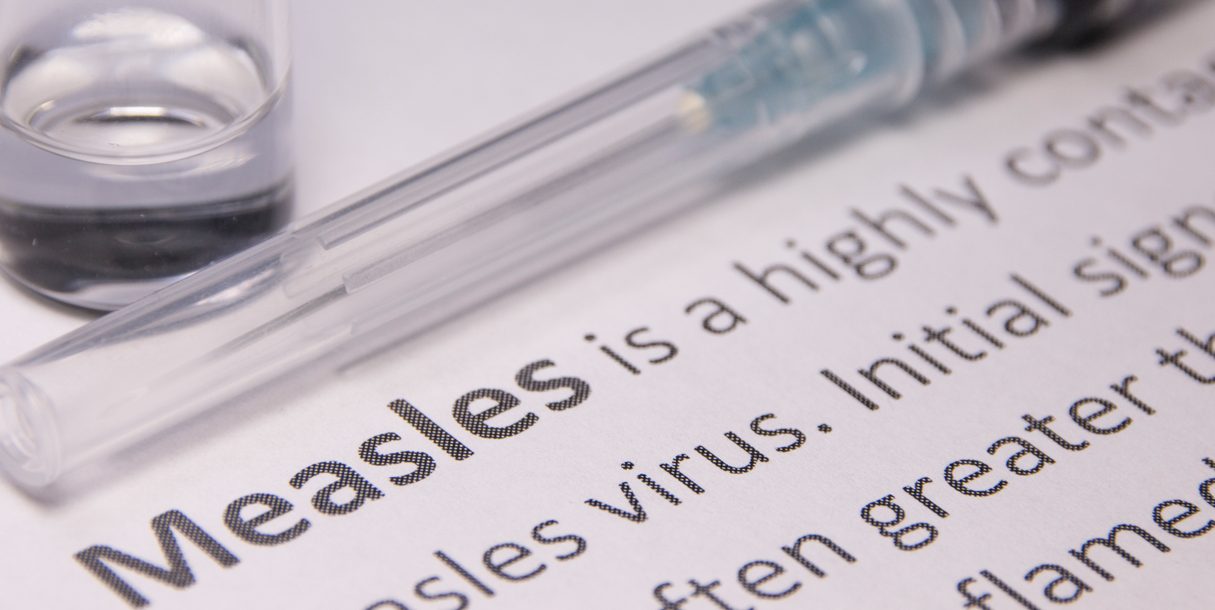 Why Measles is Making a Comeback

However, some people choose not to receive vaccines. Sometimes, this can cause diseases once considered eliminated to resurface, such as in the most recent measles outbreak. In 2019, more than 1,000 cases have been reported — the greatest number of cases reported in the U.S. since 1994 and since measles was declared eliminated in 2000, according to the CDC.

So, what has allowed it to resurface? The key to success for vaccines is they are used not by individuals, but whole populations. For example, measles is still common in other parts of the world. Travelers bring it back to the U.S., where it can spread in a community of people who are not vaccinated.

Because of the community effect, getting vaccinated may protect not only your own health, but also the health of those around you. There will always be a group of people (infants, pregnant women, the elderly, people with weak immune systems) who can’t receive certain vaccines. By increasing the number of vaccinated people that surround those at greatest risk, everyone’s health is better protected.

The bottom line is: If you choose to decline vaccinations, you risk getting or spreading a disease that could be prevented.

Here are some common myths, addressed by publichealth.org.

Myth: Vaccines pose a risk for developing other conditions, such as autism.
Fact: The study that made this belief popular has been completely discredited. Studies since then have proven the link false. “In fact, there has never been a single credible study linking vaccines to long term health conditions.”

Myth: An infant can’t handle so many vaccines.
Fact: Infants’ immune systems are quite strong. “In reality, babies are exposed to countless bacteria and viruses every day, and immunizations are negligible in comparison.”

Myth: Vaccines have unsafe toxins.
Fact: While some vaccines contain chemicals (formaldehyde, mercury, aluminum) that are toxic at certain levels, vaccines only have trace amounts. The FDA approves these vaccines as safe for use and notes that there is no scientific evidence the chemicals are harmful at the low levels present in vaccines.

Myth: Vaccines will make me sick with the disease they’re trying to prevent.
Fact: A very small percentage of people may experience mild symptoms. But that is the immune system’s response to the vaccine, not contracting the disease itself.

Still have questions about whether or not to vaccinate?

Talk through any vaccination questions or concerns you have with your doctor, especially if you are pregnant, have a weak immune system, or are allergic to certain vaccines. To find one, visit the find a doc page.