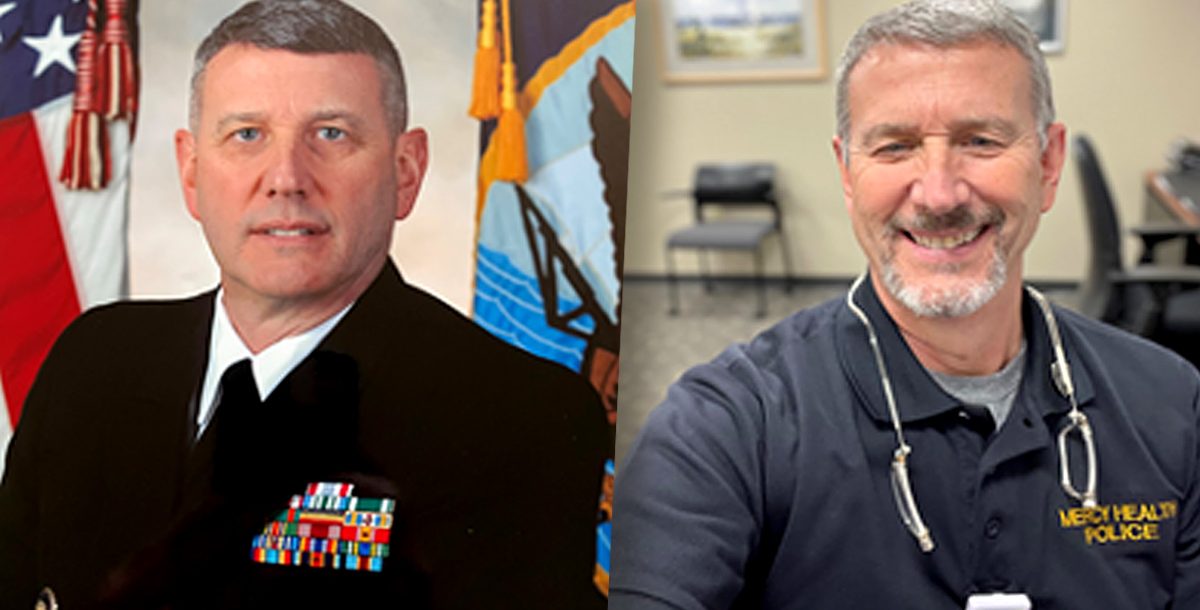 After a 35-Year Military Career, Jim Comes Home to Help His Community

It was back during his senior year of high school that Jim decided he would enlist in the U.S. Army through the delayed entry program. This decision would continue a longstanding family tradition that had been followed since the War of 1812.

“Military service is such a strong tradition in my family. In fact, I was named after my father’s brother, who died in World War II during the invasion of Italy,” Jim shares.

All of this eventually led Jim to the high-profile job of serving as the White House nurse for then-President of the United States, Bill Clinton. Jim was the first male U.S. Navy Nurse Corps officer to be selected for this position.

“I would often travel with the president, members of the first family and members of the cabinet,” he shares. “Two trips that I will never forget are the trip to Calcutta, India for the funeral of Mother Theresa, and the trip to South Africa where I met former South African president and anti-apartheid activist Nelson Mandela.”

When asked what Veterans Day means to him, Jim says that “Veterans Day represents the United States’ covenant by the people for the people. This historically significant national holiday allows us time to reflect upon our country’s promise to all its citizens and its citizens’ promise to its fellow military members as well as their nation. … Veterans Day is synonymous with our national symbol: the beautiful, ever-waving, battle-tested national ensign which flies high above our country’s land. This flag has draped the remains of our fallen military brothers and sisters for generations. Long may our flag wave. Long may we remember our veterans, the stalwart defenders of our freedom and our republic.”

After his long and successful career in the United States military, Jim is still using the vast knowledge and experience he accumulated throughout his decorated career to serve the community he was born and raised in. In his current role with Mercy Health – Youngstown, he works to prepare our ministry and other members of the community for emergency situations, including the preparation for a potential mass-casualty situation.