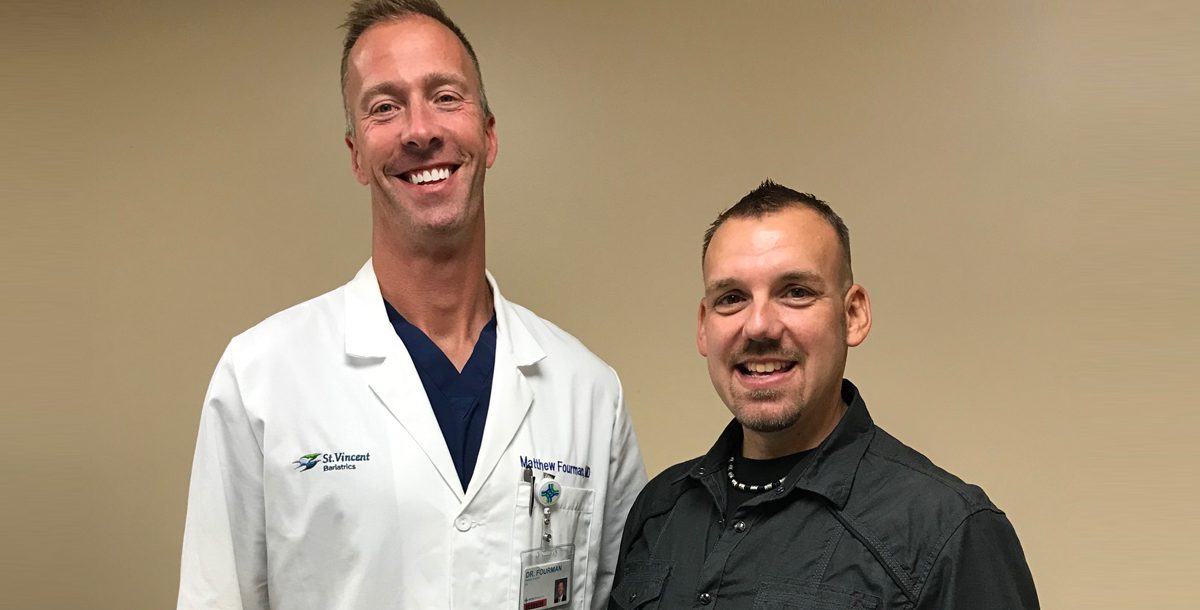 On February 18, 2018, Matt had a life-changing revelation. He woke up in the middle of the night in a dead sweat and decided he needed to make a change. The change was not only for himself, but for his family too.

“It hit me like a ton of bricks,” Matt says.

Matt had the realization that he was 38 years old and his son was eight. Matt was also eight when is 38-year-old mother passed away due to complications from Type 2 Diabetes. It was as if history was repeating itself, and Matt knew he did not want his son to have the same experience.

At the time, Matt weighed 348 pounds. Today, he weighs 183 pounds, having lost 164 pounds thus far. Matt credits undergoing gastric bypass surgery as being the greatest decision he has ever made.

“My quality of life is so much better,” Matt says. “I’m so much more active. It’s amazing the stuff I am able to do now that I wasn’t able to do before, even something simple like walking upstairs.”

Matt stays busy working at the Department of Transportation and enjoying Demolition Derby. While he may not make it to the gym every day, Matt makes up for it with his new, healthier lifestyle. Maintaining weight is easier now that he has the energy to stay active.

“I couldn’t ask for a better doc. Dr. Fourman is very personable and easy to talk to. He reassures you so that you don’t have to have any worries,” says Matt.

For Matt, it was the best option and he is thrilled with the results.

Dr. Matthew Foreman is a great bariatric surgeon he did my fundoplication surgery wearing my diaphragm rupture in my stomach was two-thirds up in my chest cavity pressing on my heart and aorta I had no idea what was happening after the surgery I had absolutely zero pain only a dry mouth dr. Foreman is fantastic,,, Pretty good for a farm boy who became a surgeon he's the greatest
September 30th, 2019 | 2:23pm