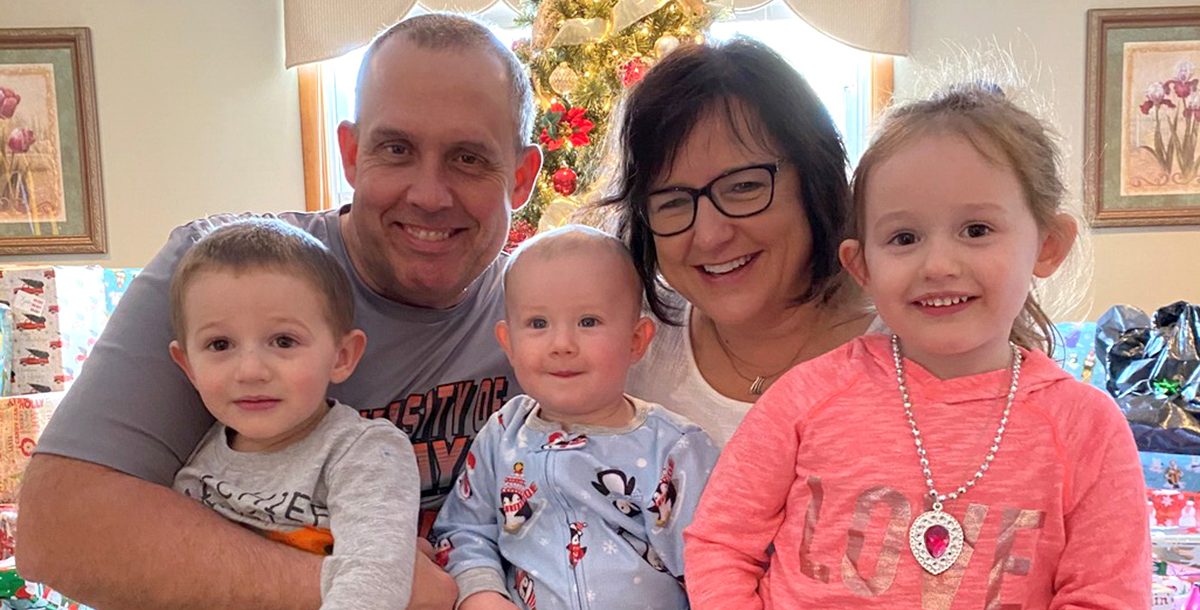 Todd Leatherman has a lot to look forward to.

That is until recently. For a few months, Todd noticed that he didn’t feel well. He is an active 51-year-old who is baseball and batting coach as well as a longtime empire. However, Todd says at first, he didn’t listen to his body.

Finally, he sought out his local doctor. There he was prescribed numerous antibiotics and steroids but it resulted in little relief. He even thought he might have contracted COVID-19, but two tests came back negative.

Eventually, Todd said he felt so bad – fever, shortness of breath, exhaustion – that he actually called off a day from work. The next day, it got so bad that he finally relented and asked his wife to take him to Mercy Health – Putnam County Emergency Services.

“I knew that they would figure it out. Everything is there at one location,” Todd says. “All the services that are needed to figure things out are there.”

Todd knew something was very wrong. However, the team reassured him that they would figure it out. And that’s exactly what they did.

Todd was diagnosed with an acute saddle pulmonary embolism with acute cor pulmonale, which they described to him as a blood clot in the lung. He was transferred that night to Mercy Health – St. Rita’s Medical Center and a non-invasive surgery to remove the clot was performed the next day.

Todd said he remembers every one of the names of the people he encountered at the facility because they had such a positive impact on his experience. In particular, he wanted to thank the receptionist, Georgina, his nurses, Jeannine and Kim, lab technologist, Jan, and the radiology technician, Kristin. Also, the reassuring comments from Ruth Bainbridge, MD, telling him that he was going to be okay and that the team would figure out what was happening put him immediately at ease.

“I’ve never been on medication. I’ve never been on anything. But I got sick,” Todd says. “From the moment I arrived, everyone spoke to me like a person, not a number. They talked to me like they knew me and they reassured me. They told me they were going to figure out what was wrong with me, and they did.”

“I’m a typical man, I wasn’t going to go to get help,” Todd adds. “I’m glad I was forced by my wife to go and the team let me know they cared to figure this out.”

Todd is now on blood thinners. After two weeks off resting at home, he was ready to go back to work. Today, Todd can breathe easier and no longer loses his breath when talking or walking short distances. He says he has so much to look forward to and is so thankful to his family and the Mercy Health team for making sure he is around to enjoy all that is to come.

Check out the emergency room and urgent care locations we have at Mercy Health.