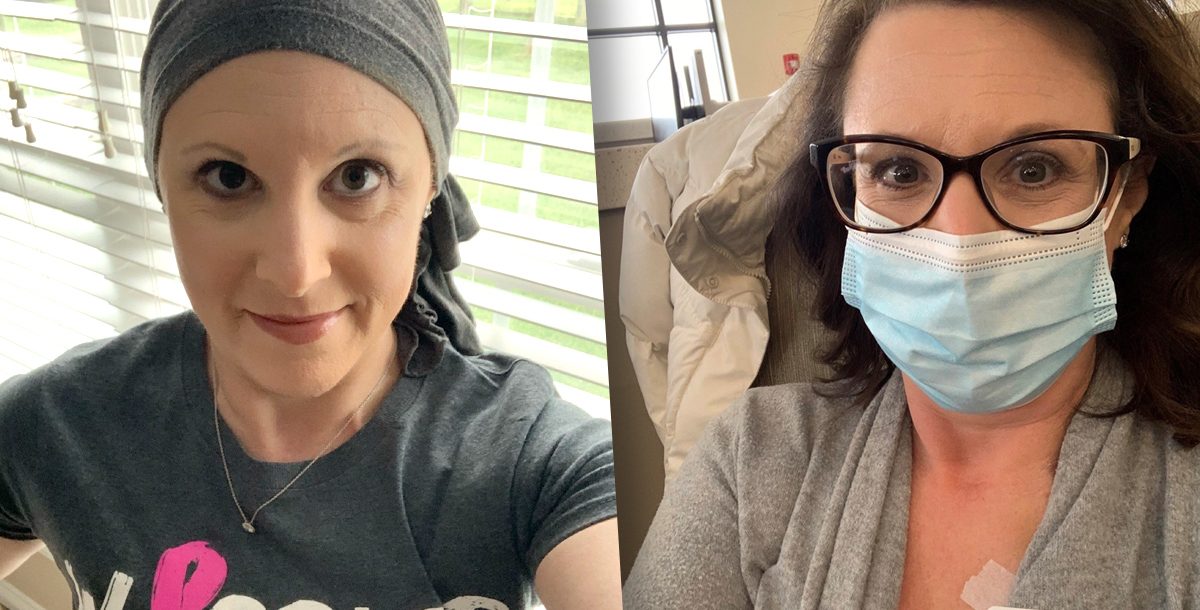 Emily Zarecki wasn’t too concerned when her annual mammogram results showed she needed an ultrasound due to dense tissue. That had happened to her the year before, so it was somewhat expected. 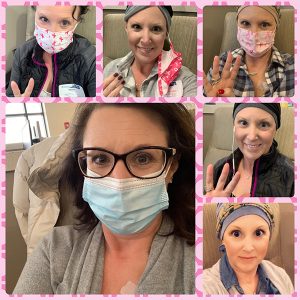 However, it was the result of that ultrasound-guided biopsy that changed the next year of her life. After undergoing it, Emily was told that she had an invasive type of breast cancer called ductal carcinoma, and that additional pathology reports were necessary.

“My head was spinning,” Emily recalls. “They told me they wanted to get me into seeing an oncologist right away. I was really overwhelmed and in shock. I was fully expecting to hear that I was fine and that they would see me next year.”

The diagnosis began a multi-month journey for Emily through the Mercy Health cancer program – including chemotherapy, surgery and reconstructive surgery. With the help of her care team of doctors and nurses, as well as with incredible support for her family and friends, Emily is now cancer-free with only a few months left in her treatment plan!

“The diagnosis of cancer is terrifying,” Emily says. “Especially after watching my mother suffer through a recent diagnosis of ovarian cancer.”

Emily was first referred to Mohammad Al-Nsour, MD, a medical oncologist in our Toledo market. She received stellar recommendations for him, and after their first meeting she knew she was in good hands.

“On the day that we were going to meet with him, I was registering at the cancer center. Making that first step into the building, I realized what a really surreal moment it was. I was coming to a cancer center as a patient and it was scary,” Emily shares. “We could sense Dr. Al-Nsour’s incredible knowledge. He was so kind, caring and knowing. This was all so new, but he walked us through the treatment plan.”

As part of her breast cancer journey, Emily met with her entire care team during a clinic. She reviewed her treatment plan and met the doctors she was now entrusting with her life. Emily realized that the day she went to the breast cancer clinic was, in fact, the anniversary of her mother’s death – Nov. 6, 2020. But while the day evoked fear and pain, the people she met instilled confidence and calm.

Emily’s heart sank when she heard chemotherapy was involved in her treatment plan. However, Dr. Al-Nsour boosted her confidence by sharing that the early detection of her cancer gave her a 95 percent chance of it being cured.

After chemo, an MRI showed there was no evidence of disease. While thrilled with this news, Emily decided to continue with surgery to ensure she achieved a 95 percent cure rate. For this part of her treatment process, Emily was introduced to Connie Cashen, DO, the surgeon who would eventually perform her mastectomy.

Emily said she immediately felt comfortable with Dr. Cashen and knew she would be in great hands. So, after months of chemotherapy with the compassionate team at Mercy Health – Perrysburg Cancer Center, she progressed to the next step in her treatment journey.

It was just before the surgery Emily learned she had responded so well to chemotherapy that the tumor was completely gone. With this great news, Emily went into surgery and still decided to have a bilateral mastectomy to ensure that cancer wouldn’t return. Because the mastectomy went so well, Emily was able to have her reconstruction surgery completed simultaneously by surgeon Jaleh Eslami, MD.

“Thinking back, I realized that from end of October through March, I was in the moment of what I was dealing with,” Emily recalls. “I was compartmentalizing it. Taking each step while it came. After sitting back and realizing that I’m on the other side of it, cancer-free and healthy, I realize I have a lot to be thankful for, especially the whole positive approach by my care team and my support system.”

Emily adds, “I certainly had my moments when I wasn’t feeling well. When I said, ‘this sucks. I hate it, I hate feeling this way.’ But then I realized that each part of the process I wasn’t so scared. I think it was a collection of the support and prayers as well as my confidence in my medical team.”

Although Emily was always proactive with her own breast health, she is now a true advocate of the importance of screening mammograms. Especially now knowing that her cancer was caught early enough to be curable.

“If you are of age, get those mammograms every year,” she says.

Learn more about the mammogram and breast imaging services we offer at Mercy Health.