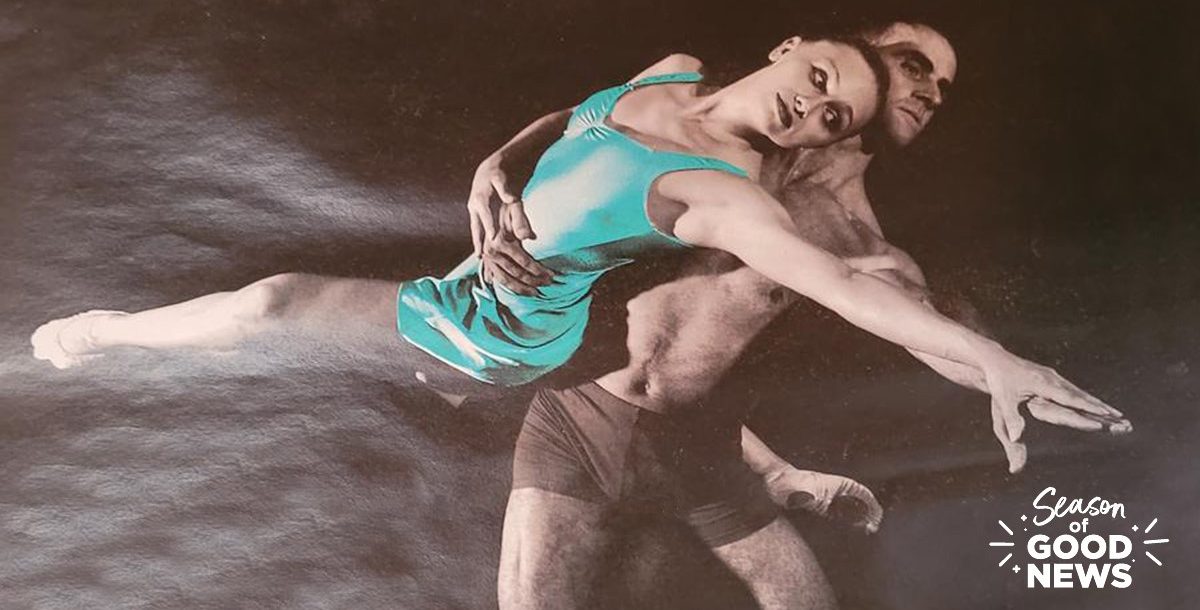 After Lifesaving Surgery, Brian Finds Out His Former Dancer Partner is On His Care Team

For more than half his life, Brian Murphy has danced.

Making this passion into a career, the 49-year-old professional ballet dancer from Akron has turned, lifted and stepped through 26 years of dancing.

That is until a bicycle accident in June of this year resulted in a severe head injury and left him and his family wondering if he would ever dance again.

In June, Brian and his wife, Suzy, had spent the day paddle boarding with friends at Maumee Bay State Park near Toledo, Ohio when Brian hopped onto his bike to fetch some water from a nearby lodge. It was a short trip, so Brian didn’t put on a helmet. On the way, he ran into a short lamp post that he didn’t see and fell hard from his bike. He hit his head, broke his clavicle and his finger. Luckily there were bystanders there who called 911.

The accident caused Brian to suffer a brain bleed, called an epidural hematoma, between the skull and the dura matter covering his brain. The skull fracture caused the membrane covering his brain to tear, causing a rupture in his middle meningeal artery.

“My wife went looking for me and saw my bike on the ground,” Brian explains. “She was able to catch me before the ambulance left. I remember her asking me if I could move my feet.”

Both Brian and Suzy were relieved to find he wasn’t paralyzed but knew he had suffered a serious injury.

He was sped by ambulance to Mercy Health – St. Vincent Medical Center. Our team members there were ready and worked fast and efficiently to ensure his survival.

Brian met Xin Sean Xin, DO, a neurosurgeon, in the emergency department where the CT scan showed a hematoma, a sliver of bleeding on the surface of his brain. Dr. Xin warned Brian and his wife it was highly likely the hematoma would expand and cause him to go in a coma, leading to emergency surgery.

Our trauma team, led by Aaron Moore, MD, stabilized Brian and kept a close watch. But shortly after, as predicted by Dr. Xin, his hemorrhage worsened, and he quickly slipped into a coma.

“I remember the doctors telling Suzy that if I fall asleep to get them immediately,” Brian shares. “Shortly after, I passed out. When that happened, she ran down the hospital hallway to get a doctor, yelling and screaming.”

The intensive care unit nurse was watching Brian, and the care team was ready at a moment’s notice. Three-and-a-half hours after his accident, Brian was rushed into surgery, where a team led by Dr. Xin found approximately 120ml of blood, the volume of a glass of wine, had accumulated inside his head. Dr. Xin explains that due to the timing of the surgery and the team’s ability to anticipate and immediately a detect a deterioration in his mental status, they were able stop the bleed and get the pressure off Brian’s brain quickly enough to not only save his life but prevent permanent brain damage.

The message that the surgery was successful was met with emotional relief by Brian’s wife and family. But although some feel it may have been his luck that everything went so well, Brian points firmly to science and timing.

“It was timing,” Brian shares. “Dr. Xin, one of the best doctors, happened to be at St. Vincent and got me into surgery when they should have. I can’t look at it in any other way. The doctors saved my life, and my wife was on it. Eighty five to 95 percent of people who have an epidural hematoma have a lifetime of issues. And for me, four days out of the intensive care unit and I was doing a dance class – it’s remarkable.”

During his recovery, perfect timing revealed itself again, as Brian was greeted by a familiar face.

Stephanie Krise, DO, one of our providers on Brian’s care team, was one of his dance partners years ago! (See their photo together above.)

“She and I danced together for many years, and she just so happened to be at my bedside when I woke up,” he shares. “We talked for hours. If there was a way to recover, it’s to have someone you have known and danced with for 10 years at your bedside.”

During his recovery, Brian spent plenty of time in bed. However, a crucial part of his recovery, in his eyes, was spending time at the dance studio where he practiced simple movements – a sort of muscle memory.

“There is always hope. The interesting thing is I am 49 years old, and a ballet dancer and I am still dancing – for people in dance, after my injury, that’s unusual. I was doing things I remembered doing. My brain was getting back to normal through movement.”

Brian credits moving with music and the years spent dancing for his fast recovery. Four months after the devastating fall, Brian has fully recovered, moving to once-a-year check-ups. His experience has changed the way he has looked at life: reaching out, making plans and choosing to consciously tell people he loves and appreciates them.

“The providers on my team at Mercy Health have been my angels – they saved my life. I have emotions of joy, love and compassion for these people. I want other people to feel the love and hope that I felt.”

This holiday season, we are celebrating by spreading the good news! Read more thankful stories, like this one, that feature our team members, patients and the wonderful communities we are blessed to serve.

Also, learn more and the neurology and neurosurgery services we provide at Mercy Health.