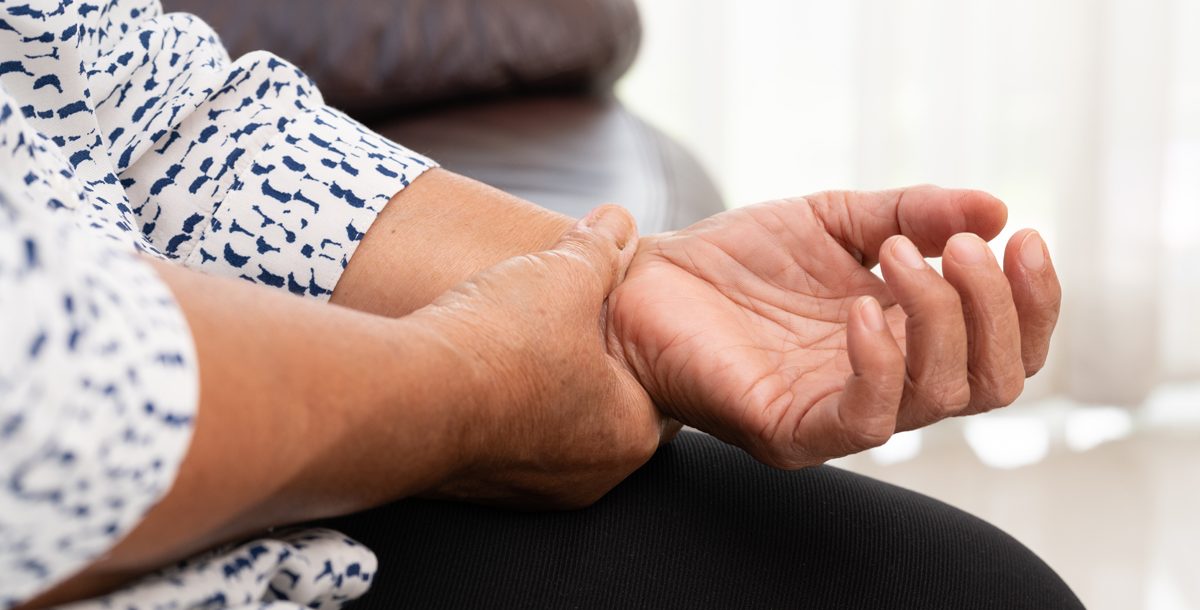 The Reality of Carpal Tunnel Syndrome

In this episode of the Mercy Health Medical Minute on 700WLW, Mike McConnell interviews Dr. Robert Rhoad about preventative and surgical measures surrounding Carpal Tunnel Syndrome. Dr. Rhoad is an orthopedic surgeon specializing in conditions of the hand, wrist and elbow. He is also President and CEO of Wellington Orthopedics and Sports Medicine, a partner of Mercy Health.

Mike McConnell: Let’s define carpal tunnel to begin. I know people who’ve had this surgery. First of all, explain carpal tunnel because it seems it’s one of those things that wasn’t around until 30 years ago.

Dr. Rhoad: Sure. You know, carpal tunnel essentially is just a pinched nerve in the wrist. There’s a space in the wrist, which we call the carpal tunnel. This is where the median nerve and several tendons go from the forearm into the hand. Carpal Tunnel Syndrome happens if there’s swelling in this tunnel, and it just simply puts pressure on that nerve.

“Contrary to the old beliefs, Carpal Tunnel Syndrome is not necessarily caused by typing or repetitive use of the hands.”

Mike McConnell: Is it usually brought on, I would assume, by repetitive practices or repetitive use of the hand in a certain way?

Dr. Rhoad: You know, that’s interesting. For better or for worse, we really think, scientifically, most folks are innocent bystanders to the development of Carpal Tunnel Syndrome. And probably, contrary to the old beliefs, Carpal Tunnel Syndrome is not necessarily caused by typing or repetitive use of the hands.

It’s probably more associated with multiple factors: family history, your age, your body shape, and other conditions like diabetes. We also see a lot around the time of pregnancy or if your body is swelling differently.

Mike McConnell: Did people maybe used to think Carpal Tunnel was kind of like a form of arthritis or something, without knowing what it was specifically?

Dr. Rhoad: I think you’re right. I think for many years there were no good ways to figure out what this was, so they assumed certain things. And, to some degree, there are many different factors that can associate with it. Arthritis is one, trauma is another. But again, there are probably a host of different factors that combine, and we may not be able to control every single one of them.

Mike McConnell: Alright, so I know people who have had Carpal Tunnel surgery and it’s been a successful surgery. Once you’ve had it once – is there somebody who 25 years later might need the surgery again? Is it something that can be repeated, or does one-time surgery solve the issue?

Dr. Rhoad: Well, if you’ve failed all the normal conservative options for carpal tunnel treatment and you have the surgery, there’s probably a less than a 3% chance of recurrence. And if I look at those numbers, it’s probably more in unusual conditions like people with inflammation conditions or kidney conditions. So, generally speaking, when we catch it early and your doctor takes care of it, usually that’s good forever.

“If the symptoms are getting worse and conservative care isn’t improving, that’s when we talk about surgery.”

Mike McConnell: Prior to surgery, other than surgery and before we get to that point, what other treatments are available?

Dr. Rhoad: Well, many times, we can simply council patients to wear wrist braces at nighttime. All that really does is neutralize the alignment of the position of the wrist and lessens pressure on the nerve. And sometimes we’ll do a Cortisone injection into the carpal tunnel at the wrist, and that reduces swelling around the nerve as well. But if the symptoms are getting worse and conservative care isn’t improving, that’s when we talk about surgery.

Mike McConnell: What could people do to prevent carpal tunnel in the first place?

Dr. Rhoad: That’s the tough part. I’m not sure that we have easy ways to prevent Carpal Tunnel Syndrome. Other than avoidance of severe repeated exposure to things like heavy impact and vibration. Also, taking good care of other medical conditions that might contribute – whether it be thyroid dysfunction or diabetes.Those are things that we can control sometimes.

Visit the Mercy Health website to learn more about carpal tunnel syndrome and how to schedule an appointment with an orthopedic specialist.