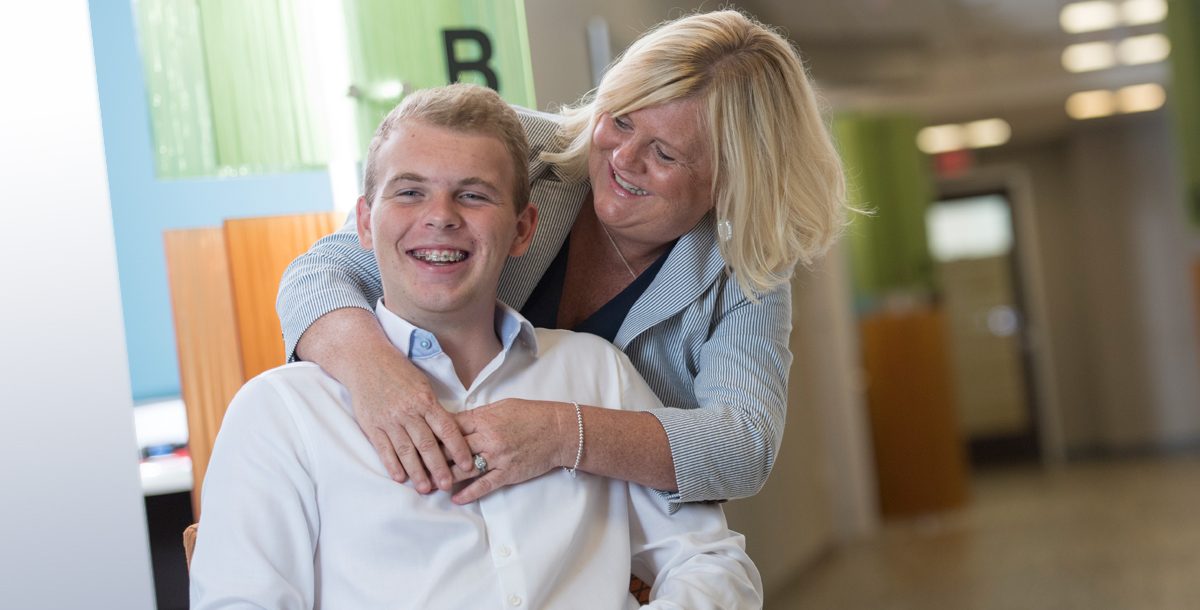 Joe’s Story: Back to His Studies Following Brain Tumor Surgery

Joe Feds was a senior in high school entering college when he noticed something strange with his vision. Whenever he looked to the left, he would see double.

Joe doesn’t complain much but found this concerning. He told his mother, Barb, and they scheduled appointments with an eye doctor and an ophthalmologist. The ophthalmologist revealed the issue was not with Joe’s eyes but rather with the nerves that move his eyes. Joe’s next step was to see a neurologist.

After the neurologist scheduled an MRI, the test revealed a walnut-sized brain tumor sitting deep behind Joe’s left eye. Joe’s care team diagnosed the tumor as a meningioma, a type that forms on the membranes that protect the brain’s surface. 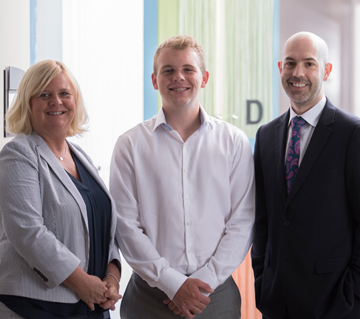 Generally symptomless, meningiomas are typically benign and slow growing with a tendency to grow inward. Many people only receive a meningioma diagnosis when the tumor becomes large enough to press on the brain and cause symptoms.

Given his symptoms, Joe’s tumor had to be removed. Vincent DiNapoli, M.D., Ph.D., neurosurgeon with Mayfield Brain & Spine and Director of the Brain Tumor Center at The Jewish Hospital – Mercy Health, performed Joe’s surgery. Dr. DiNapoli’s expertise and explanation of the procedure was very helpful for Joe and Barb leading up to the surgery.

The day of his surgery, Joe’s family found it comforting to follow each step of the process through a piece of technology called a patient information board. After finishing the procedure, Dr. DiNapoli confirmed the tumor was indeed benign. He was even able to make his incisions within Joe’s hairline leaving no visible scars.

“I don’t think I could have had any better of a team just to take me through it all,” says Joe.

Joe’s mom agrees, saying “The staff at The Jewish Hospital was outstanding. The people couldn’t have been any nicer and we felt very comfortable.”

As Joe closes this chapter, he looks forward to his business studies at the University of Cincinnati. He notes, “I am blessed to be here.”

Learn how Ruth and her daughter, Vivien, both underwent surgery at the Brain Tumor Center at The Jewish Hospital – Mercy Health.