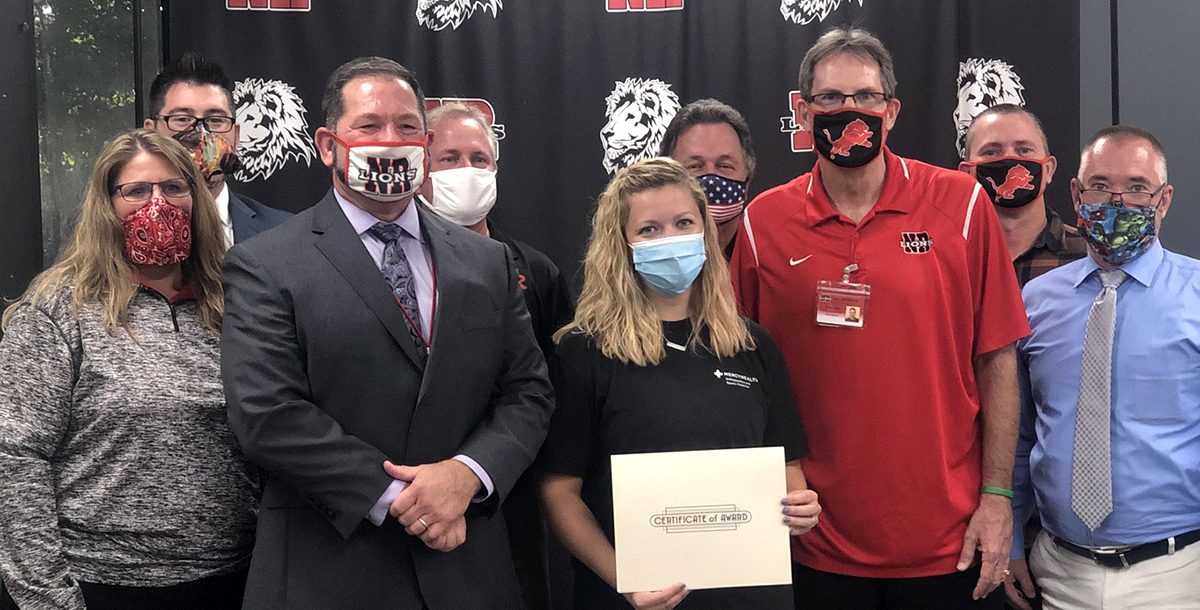 On September 21, Kari was given the Leading Lion Award by the New Richmond Superintendent and the Board of Education. The award is in recognition of her response to two emergency medical situations during a game day in late August.

“If not for her quick thinking and actions, a great day could have quickly turned disastrous,” Doug explains.

The first medical situation of the day involved an athlete with a dislocated elbow. Kari responded quickly and helped the injured athlete. The second situation was more stressful and occurred at the end of the game.

“Everybody was leaving, we thought we were going to get home early,” Doug shares. “Then a young athlete who has asthma started having difficulty breathing. Even after using his inhaler, his breathing grew increasingly labored, so he laid down.”

Kari has been with the district for six years through Mercy Health – Wellington.

“We are so fortunate to have her,” says Doug.

Superintendent Tracey Miller also notes that if not for Kari’s actions, the situation could have been very bad.

“I feel good having you here,” he said to Kari at the award presentation. “I would feel safe having my kids be here and under your care.”

Kari said she’s usually someone who quietly works behind the scenes and likes it that way. We are so proud of all our Mercy Health athletic trainers. Congratulations to Kari on this very special award!

Learn more about the sports medicine services we offer at Mercy Health and find a provider near you.