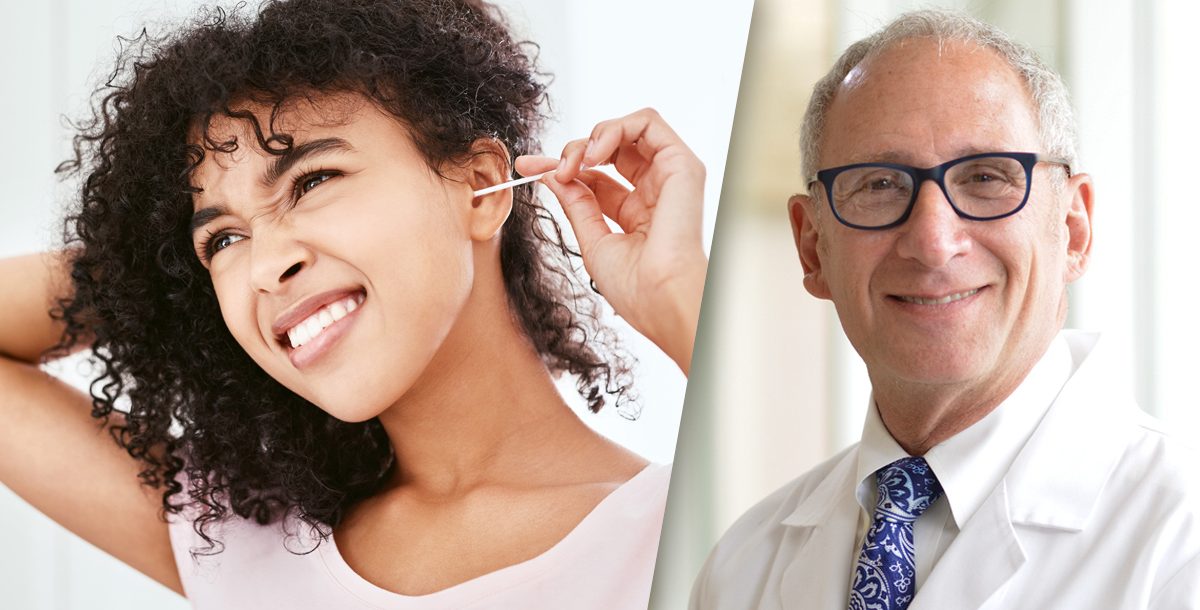 Are At-Home Ear Cleaning Tools Safe to Use? Dr. Peerless Weighs In

Ads for an at-home earwax cleaning tool that allows people to see inside their ears is currently taking over social media. These ads also seem to be generating plenty of consumer interest.

But is this tool safe for you to use? Alter Peerless, MD, an ear, nose and throat specialist in our Cincinnati market, has been kind enough to weigh in on this new personal health gadget.

‘It looks like the ear equivalent of the Ring doorbell,’ he says.

The tool consists of a spade to clean the ear canal. It comes with a small camera attached to it that allows users to stream images from inside their ears to their phone as they manipulate to spade to gather wax.

“The ability to see in the ear doesn’t mean that you know what you’re looking at,” Dr. Peerless warns. “All ears are different and have anatomic variations. Even using a microscope in the office, it’s difficult to clean out ears with a hook or spade. I use suction more than anything else to clear earwax.”

A feeling of fullness in the ear, the sense that the ears are plugged up and muffled hearing can be signs of earwax buildup. However, they can also indicate other conditions that ear cleaning won’t address.

“Fullness from the ear can come from variety of things, including a respiratory infection and fluid behind the eardrum,” Dr. Peerless says. “If your ear hurts, earwax isn’t the issue since earwax doesn’t hurt.”

So, is there any harm in people using this new tool?

“The tool will not help you if the issue is inflamed tissue or debris from psoriasis,” Dr. Peerless shares. “Additionally, the skin of the ear canal is very sensitive. You might scratch or abrade it when using this cleaning tool, and that could be painful. Another risk is puncturing your ear drum, which will cause an immediate sharp pain and could lead to ringing in the ear or hearing loss.”

He warns, “just because you can look in your ear doesn’t mean you should. The bottom line is don’t try using this tool at home.”

What can people do safely to clear out earwax?

“Most people have ear canals that clean themselves,” Dr. Peerless shares. “The glands in the ear canal that produce wax also help migrate it out of the ear. In fact, we can put a drop of ink in the ear and watch it migrate out.”

Of course, anatomic differences can sometimes slow or stop this process.

“Patients with narrow or twisty ear canals may need some help, but Q-tips are bad and so are paper clips. You can use a Waterpik, although I don’t like to put any devices in the ear. If you can’t see a doctor to look in your ears and help remove the wax, the safer alternative is to use a wax softener like Debrox. Just put in a few drops to soften the wax and let nature take its course.”

Learn about the ear, nose and throat (ENT) services we offer at Mercy Health.