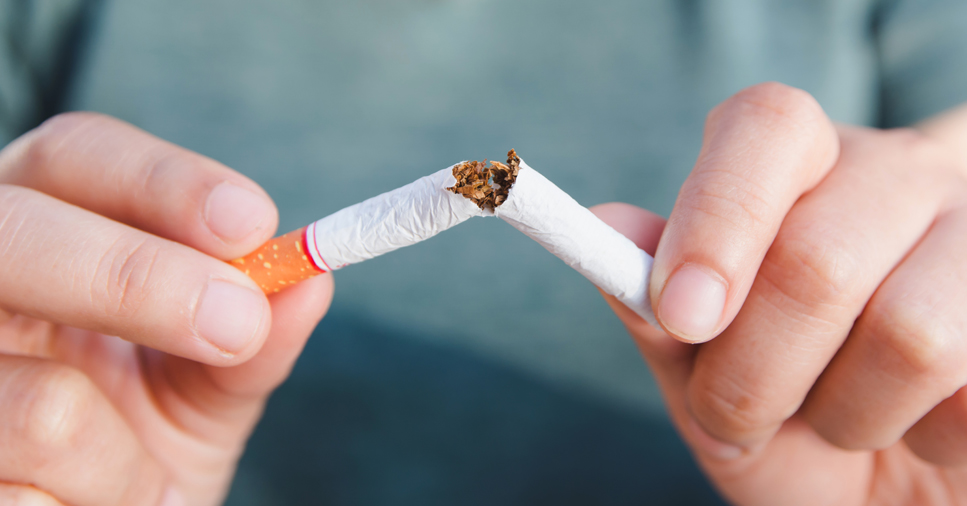 Which State Has the Highest Percentage of Smokers?

It may be closer to home than you think

It’s no secret that tobacco can cause serious health issues. And with the increasing use of e-cigarettes, it’s now considered a health epidemic, not only in the United States, but particularly in the states of Ohio and Kentucky.

While youth cigarette smoking in Kentucky has steadily declined, the growing popularity of e-cigarettes (also known as vapes and Juuls) is putting a new generation of teens at risk of nicotine addiction. Nearly a quarter of all Kentucky high schoolers use e-cigarettes.

“In Kentucky specifically, 24.5 percent of adults smoke, compared with 17.1 percent nationally – making us the worst state in the nation,” says John Montville, executive director of oncology at Mercy Health – Lourdes Hospital. “Additionally, 14.2 percent of Kentucky high school students smoked at least one day in the past 30 days, compared with 7.6 percent nationally. We fare about the same with smokeless tobacco and vaping.  And, unfortunately, we have some of the lowest taxes on tobacco in the country.”

In Ohio, 21.1% of adults smoke, which is the seventh worst ranking in the nation. 15.1% of Ohio high schoolers reported smoking at least once in the last 30 days, which makes Ohio the worst state in the nation for high school smokers.

Though these numbers are startling, it’s important to know that smoking is also the leading preventable cause of death.

The good news is that you can quit

Mercy Health offers smoking cessation classes throughout the year in Ohio and Kentucky. This free program is catered toward individuals who are ready to quit smoking. The program offers a structured, systematic approach to quitting, and its positive messaging emphasizes the benefits of better health. This program is not only for those trying to stop smoking cigarettes, but any other form of tobacco products such as e-cigarettes, vapes, chewing tobacco, or Juuls.

“The classes encouraged you to steer clear of those triggers,” Robert said. “There is always an avenue out of any situation. The main point of this was to benefit my health, so that I could hopefully live long enough to walk (my daughter) down the aisle when she decides to get married. I want to be around long enough to do that.”

Yearly lung cancer screenings are recommended for people 55-77 years old who have smoked a pack a day (or more) for 30 years and either continue to smoke or have quit in the past 15 years. Lung cancer screening using low-dose CT scanning can be a key component in the early-detection process. With early detection, 85 percent of cancers can be found in the earliest, most easily treated stages.

Discuss with your primary care physician if a lung cancer screening is appropriate for you. Click here to find a doctor near you in Ohio or Kentucky.