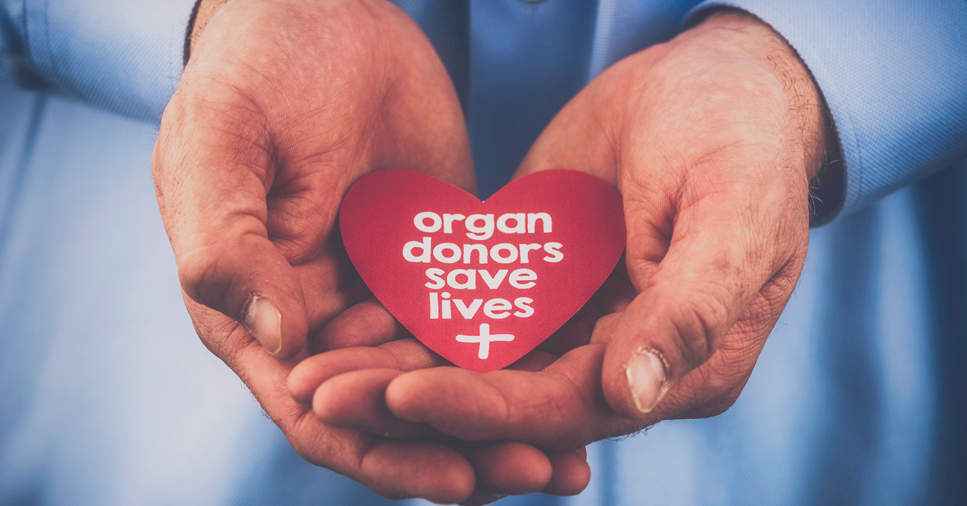 What are the basic organ donation facts we need to know?

Mike McConnell: We’re going to talk about some myths when it comes to tissue and organ donation. Which is incredibly important since a number of people are on the waiting list. How many people are on a transplant waiting list?

Sev Friskney: Nationally, 115,000 are waiting for a transplant at any given time.

Mike McConnell: Would heart be number one or is there a number one?

Sev Friskney: Actually kidney is number one. Around 86 percent of people waiting for a solid organ transplant are waiting for a kidney because we can maintain people on dialysis for a period of time.

Mike McConnell: Plus it would be easier to donate because you can be alive when you do it.

Sev Friskney: Exactly, you can be a living related donor or even a living non-related donor and then there is a cadaver donor which is the kind of organ donation people usually think about.

How can you ensure your family knows about your organ donation wishes?

Mike McConnell: On my driver’s license it says I am a willing donor. But in some cases, that’s not good enough. Now, I think anyone who would know me would say ‘Yes, those are his wishes,’ but, in some situation, the family can do what?

Sev Friskney: They can rescind your wishes.

Mike McConnell: Who gives them that right?

Sev Friskney: It’s a good question. They still have to maintain the permission for that donation. Many times the conversation doesn’t happen between you and your family. Now, they may see that on your driver’s license and then it’s a no-brainer for them to make that choice for you. But, you can register for organ donation and that way if that conversation never happened with your family, they would know for certain that you want to be a donor.

The statistics are that 95 percent of people are willing to donate but only 64 percent actually register, either with their state agency or online via Donate Life.

At what point in life can someone’s organs not be considered for donation?

Mike McConnell: Here’s my stupid question. If I live to be 100 and I’m still a willing donor, is there any part of my body that’s not too worn out by then for donation? Someone might say, ‘I don’t want a 100-year-old kidney!’ Right?

Sev Friskney: Right, well certainly your kidneys are going to be well past the usage and the heart has been beating forever and ever. So, probably not solid organ donation but perhaps tissue, bone or corneas can be opportunities to donate. Sometimes people think, ‘Well I’ve got this disease so I don’t make a good donor’. When in fact, that donation aspect isn’t made until the time of your death. So, if you are a willing donor, regardless of what kind of shape you’re in, you should let that be known to your family.

How many people can one organ donor help?

Mike McConnell: Do you know what percentage are willing donors? In Ohio, do we know the number of people that check that box for organ donation?

Sev Friskney: Well that is the number I said earlier, that is the 95 percent. So, 95 percent of people are willing but only 64 percent of people actually register themselves as a potential donor. So, I think there is a lot more willingness but people just haven’t had the conversation. Because that conversation needs to occur when you’re going about your life. For a person who becomes a solid organ donor, some kind of tragic accident has happened or they’ve had an aneurysm in their brain, they then become a solid organ donor.

Your family is derailed when something like that happens and if you have already had that conversation with them, then it’s one less thing on their plate. Additionally, it can be a light to help them move forward and even make sense of your death knowing that you were able to help so many people. If you’re a solid organ donor then you’ve helped eight people, corneas help another two people and with tissue, you can help 85 people. Which means one organ donor can potentially help 95 people.

Sev Friskney: It is a huge difference.

Do paramedics prolong help for someone in an accident if they are an organ donor?

Mike McConnell: This has come up on the program before, someone will say ‘You know if paramedics show up at an accident and they see on my license that I’m a donor they’re less likely to work hard on me because they know they can save eight other people if they let me die’.

Sev Friskney: That’s not true. They are going to continue to do every life-saving measure for every patient. They’re not going to look at your driver’s license and say, ‘Well this guy’s a donor let’s just get him to the hospital quickly’. All lifesaving capabilities are going to occur regardless of if you’re a donor or not.

Can the recipient or the donor’s family contact each other?

Mike McConnell: Are people actually worried that the donor would know who they are?

Sev Friskney: There is so much more awareness of donors and recipients. You could probably search to find out who received your loved one’s kidney or heart or whatever it may be. But, we still maintain all of the HIPAA privacy. If the donor family wants the recipient family to know, that can be taken care of with the recipient organization or healthcare agency.

Mike McConnell: I remember when Carson Palmer played for the Bengals and injured his knee in the playoffs. So, he needed a piece of cadaver bone for his knee and it came from a younger woman. It was a big deal when her parents found out that her donation had gone to Carson Palmer. They became Bengals fans. So, I wondered how automatic it was to know where something came from?

Sev Friskney: We’ve seen stories like that both in movies and on the news. But, we still maintain all of the privacy unless both parties want to know.

Mike McConnell: Some people think that if you are wealthy or famous you can get moved up on the waiting list. Is that true?

Sev Friskney: That’s not true. There is a united network for organ sharing that oversees who gets what organ related to blood type, size, how long they’ve been on the list and how critical their health is.

What else should you do as an organ donor besides mark your driver’s license?

Mike McConnell: So if you want more donors, and you’ve made the note on your driver’s license what else should somebody do?

Sev Friskney: Somebody should talk to their family about it. A quick conversation, ‘I’ve got it on my driver’s license just so you know if something happens to me I totally want to be an organ and tissue donor’.