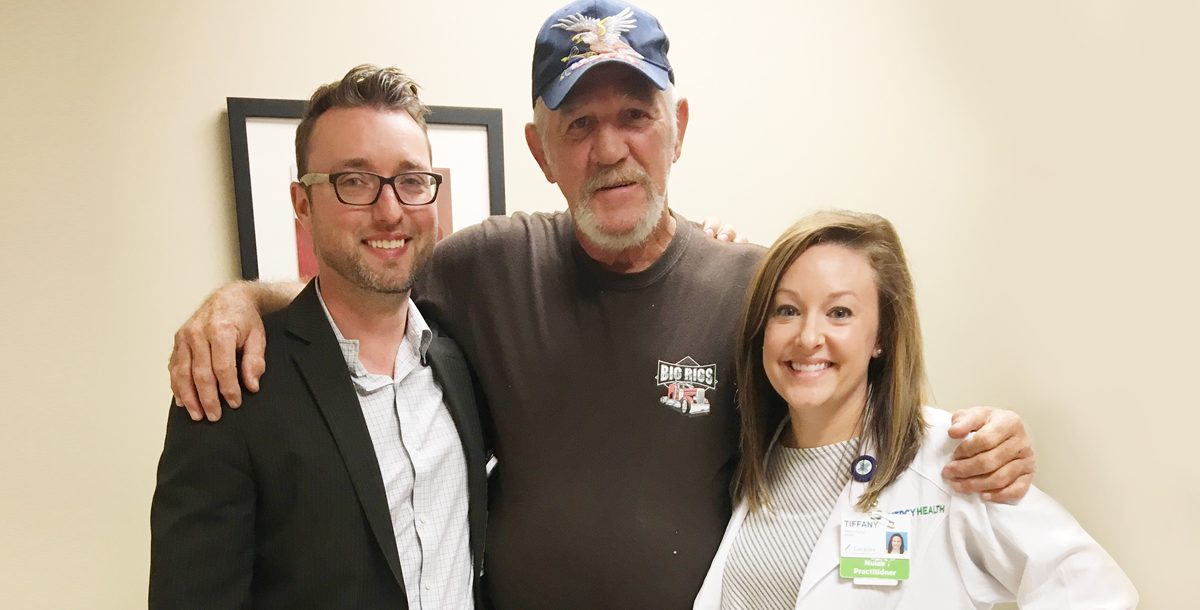 Picking up a cup of coffee is a part of many people’s morning routine. However, for Danny, this is now a celebration of recovery and healing thanks to Mercy Health.

The 65-year-old had various roadblocks in his everyday life prior to his treatment. They included impaired coordination, frequent falls, numbness of the fingertips and throughout the body, as well as neck and shoulder pain. The smallest fine motor tasks became difficult, and Danny could no longer safely drive as he was unable to tell which pedal his foot was on.

Danny knew something had to change. He visited Mercy Health – Lourdes Hospital and received a CT scan. The results revealed just how much damage had been done over the years. He was then sent to Dr. Jonathan Couch at Mercy Health – Paducah Neurosurgery. Danny’s relatives had seen Dr. Couch’s brother, Dr. Jim Ed Couch, and highly recommended Danny visiting the practice.

“His whole staff is just as friendly as can be,” Danny shares. “They are willing to talk to you and explain how and what they’re going to do.”

On April 3, Danny underwent a C4 corpectomy to remove of parts of his vertebrae in order to decompress his spinal cord and nerve endings. Danny remembers he almost immediately felt relief.

“I could actually feel my legs and my hands,” he says.

Danny completed minor physical therapy and went home the next day. He returned to his house with just a walker and a neck brace.

“You wouldn’t believe how much relief it gives – just instantly,” Danny reveals.

Four weeks later, he was walking without a cane or walker and began driving again. Today, Danny feels good and is no longer in pain. He is grateful to Dr. Couch and his whole care team for their personalized care, kindness and thorough explanations.

“Dr. Couch breaks it down to common language,” says Danny. “I’d refer anyone to him!”

As for Danny’s future, the sky is now the limit.

To schedule an appointment with a primary care physician or specialty provider, visit mercy.com.