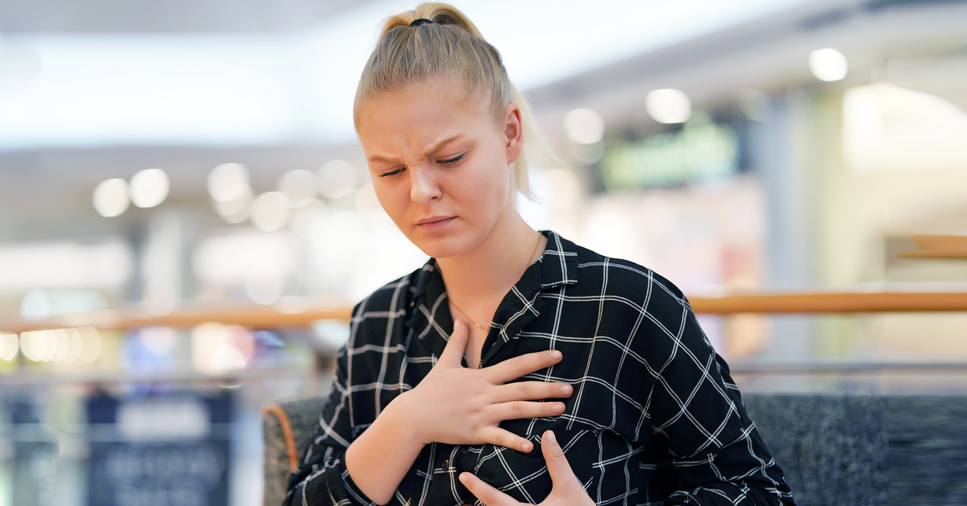 Why Heart Attacks Are Increasing In Women and Younger Men

Feb 19 2019
Share
This post was written by the American Heart Association, one of Mercy Health’s trusted partners.

Heart attacks – once characterized as a part of “old man’s disease” – are increasingly occurring in younger people, especially women.

Past research has shown heart attack rates in the U.S. have declined in recent decades among 35- to 74-year-olds. But some researchers recently decided to look at how many younger people were having heart attacks.

Researchers included data from a multi-state study of more than 28,000 people hospitalized for heart attacks from 1995 to 2014. The results showed 30 percent of those patients were young, age 35 to 54.

More importantly, they found the people having heart attacks were increasingly young, from 27 percent at the start of the study to 32 percent at the end.

“Cardiac disease is sometimes considered an old man’s disease, but the trajectory of heart attacks among young people is going the wrong way. … It’s actually going up for young women,” said Dr. Sameer Arora, lead author of the study published in the American Heart Association journal Circulation,“This is concerning. … It tells us we need to focus more attention on this population.”

Among women having heart attacks, the increase in young patients went from 21 percent to 31 percent, a bigger jump than in young men. Researchers also found that young women had a lower probability than men of getting lipid-lowering therapy, including antiplatelet drugs, beta blockers, coronary angiography and coronary revascularization.

“Women were not managed the same way as men, and that could be for a combination of reasons,” said Arora, a cardiology fellow at the University of North Carolina School of Medicine.

“Traditionally, coronary artery disease is seen as a man’s disease, so women who come to the emergency department with chest pain might not be seen as high-risk,” he said. “Also, the presentation of heart attack is different in men and women. Women are more likely to present with atypical symptoms compared to men, and their heart attack is more likely to be missed.”

Dr. Ileana L. Piña, a cardiologist who was not involved in the research, called the study “another wake-up call to physicians, especially male physicians” to pay attention to the symptoms of heart disease in women.

Piña and Arora both said they would like to see women better represented in future studies on heart disease.

“It’s very important to enroll enough women so we can actually take a look at the female population separately,” said Piña, a professor of medicine and epidemiology at Montefiore Medical Center in New York City.

The study also found that high blood pressure and diabetes were rising among all patients who had heart attacks. Compared with young men in the study, young women were even more likely to have high blood pressure, diabetes and chronic kidney disease.

“With the weight issues we have in this country, we have diabetes and hypertension coming along with it. I tell my patients very clearly, ‘You need to get your weight down and move and exercise,'” Piña said.

But focusing on your health can be particularly challenging for women because of long-held gender beliefs about parenting and household work, she said.

“It’s hard when a woman is working two jobs and taking care of the family, too,” Piña said. “They’ll do anything for their families, but they often leave themselves for last. We need to teach women to change their health attitude and take care of themselves. If they don’t do well, their families won’t do well either.”