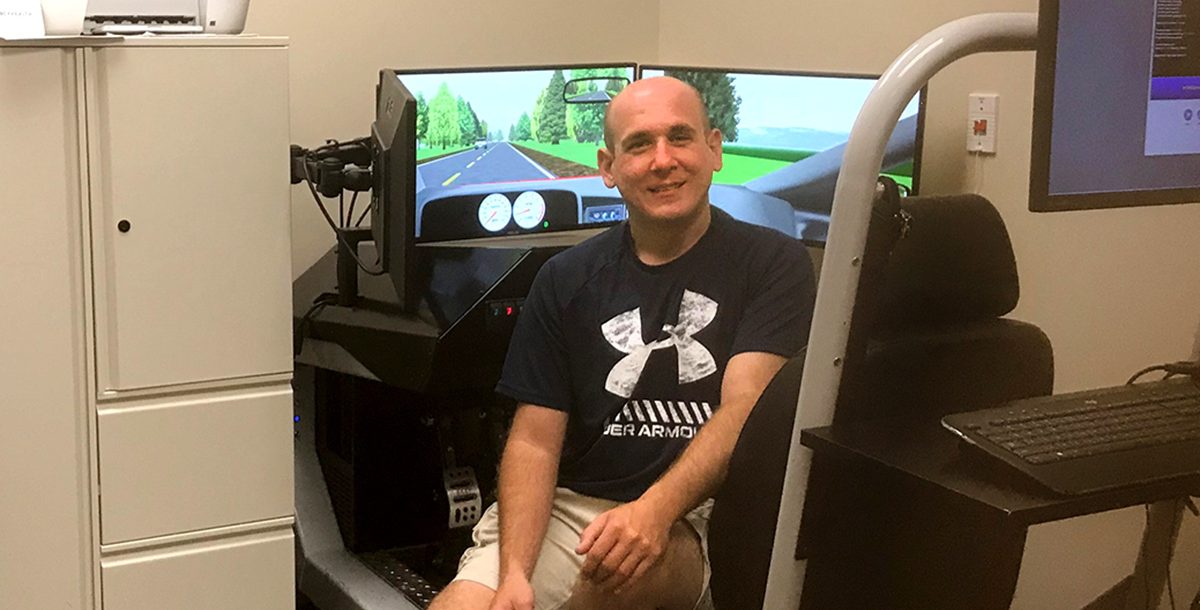 Justin Pfaff is a 28-year-old with a big personality and even bigger heart. He was told he would never be able to drive a car due to his diagnosis of Asperger syndrome, a neurodevelopmental disorder. However, Justin’s mother luckily discovered our Driving Rehabilitation Program in Oregon, OH.

In this program, Justin is learning how to drive using our occupational therapy team’s driving simulator. The driving simulator can be used to help people, like Justin, with evaluating and teaching driving skills in a safe environment. This in-office tool evaluates drivers and gives objective metrics on driver performance skills in all areas.

“Lynne Chapman, Justin’s occupational therapist, was so positive and saw that Justin could benefit from the driving rehabilitation program. She saw what I saw all along and knew Justin could do it,” says Linda Pfaff, Justin’s mother.

This opportunity has given Justin the hope and confidence he needs to pursue his driver’s license someday. He always goes into his sessions willing to work, ready to concentrate and grinning from ear to ear.

“As his mother, I may be his biggest advocate. But Lynne and this program have given him the support that he needs,” Linda adds. “Lynne believes in his abilities and was willing to work with him month after month. He looks forward to it every single week.”

This program has been a big milestone for Justin. It has meant the possibility of one day being able to travel to and from work independently without having to rely on a shuttle.

“My goal is to get Justin as prepared as possible to determine if he’s able to get a temporary driver permit and participate in driver’s education,” says Lynne Chapman. “We focus on attention, ability to follow directions and understanding the rules of the road.”

Justin has consistently demonstrated improvements in all targeted areas of driver performance skills. If Justin is successful with acquiring a temporary driving permit, he will be able to advance to behind-wheel driver evaluation on the road. Then, depending on the results of this evaluation, Justin may be able to participate in the on-road driver rehabilitation with the goal of becoming a licensed driver.

Learn more about the occupational therapy services we offer at Mercy Health.