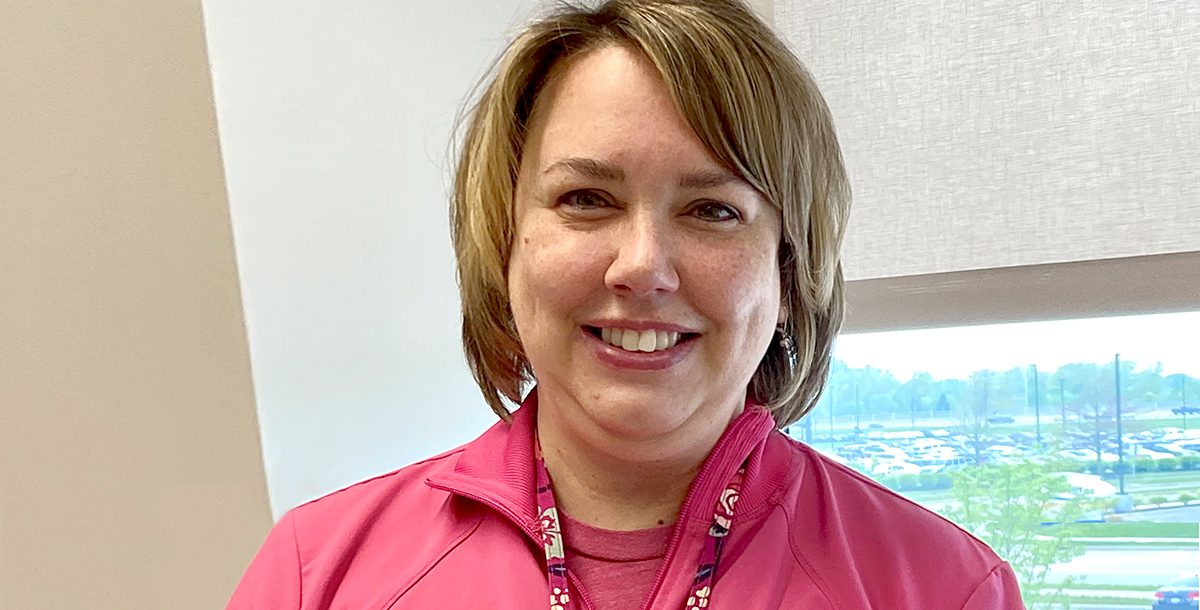 Heather Helps Others Facing Their Own Breast Cancer Diagnoses

In 2015, while on vacation, Heather Balwanz felt a lump in her breast. Heather was 39 years old at the time and had not reached the age of needing a mammogram, which is 40.

“I thought I got bit by something,” Heather recalls. “I waited until I came home and when it didn’t go away, I went to the doctor. The doctor gave me an antibiotic, thinking the lump was probably mastitis. I took the antibiotics for several days, but the lump got bigger. That’s when I was sent to see a breast specialist, had a breast biopsy and was diagnosed with breast cancer.’”

“The doctors thought I probably had cancer for several years before I was able to feel the lump,” Heather shares. “Within 10 days, I was under the care of an oncologist, had a port placed and started my first round of chemotherapy.”

Heather had six chemotherapy treatments from September of 2015 through January of 2016 while she continued working as a CT technologist.

“It kept my mind off the diagnosis,” Heather explains. “It was good to keep things as normal as possible.”

“I had been working in the radiology department for years doing CT scans. However, following my treatment, I felt the desire to pursue a career at the breast center,” Heather says. “I really felt like I needed to be here. It’s my calling!”

So today, Heather is a mammography technologist caring for patients at two of our breast centers in Cincinnati, Ohio.

“I see patients every day, people who are scared, and I want them to know how important it is to get a mammogram,” she shares. “There are people going through what I went through, and I let them know they can get through this. Breast cancer is not a death sentence.”

“You CAN get through this” is something Heather tells herself, too. And unfortunately, late last year, she learned her cancer had returned.

“In November of 2021, my shoulder started to bother me, and my arm started to swell,” she recalls. “I thought it was from pulling too hard on a door at work, but my arm kept getting worse. I had an X-ray and MRI and they couldn’t find anything obvious at first.”

A second MRI on a different area of her arm revealed possible metastasis. A biopsy performed in one of our breast centers where Heather works confirmed a cancer recurrence.

“I was devastated. I truly believed that I would never get breast cancer again,” Heather says.

But since the recurrence, Heather has undergone 25 radiation treatments and will be on lifelong medication for metastatic disease. Her last PET scan showed no sign of active disease.

“I feel good most days. I feel hopeful and positive. I have a GREAT support system. My job has accommodated me during my journey. I have been able to work through all my treatments. I even had a coworker help me shave my head during my first battle with breast cancer. You have got to have a positive attitude! My message to our patients is ‘you’ve got this, look how far I’ve come myself!’”

Learn more about breast cancer as well as the cancer care services we provide at Mercy Health.